This morning Canon have announced the launch of their new advanced compact camera – the Canon PowerShot S100 - the replacement of the highly-acclaimed S95. Over 11 months have passed since the Canon S95 was released, so it was only a matter of time before Canon bought out its shiny new replacement.

The Canon S100 is the latest model in the successful PowerShot S-series range and it builds upon the professional features that the S-series is renowned for, offering advanced manual control as well as superb image quality in all lighting conditions in a stylish pocket-sized form. Across Canon's wider range of compacts, the S100 sits below the PowerShot G12 and above the PowerShot SX40 HS - the replacement to the popular SX30 IS, also announced today. 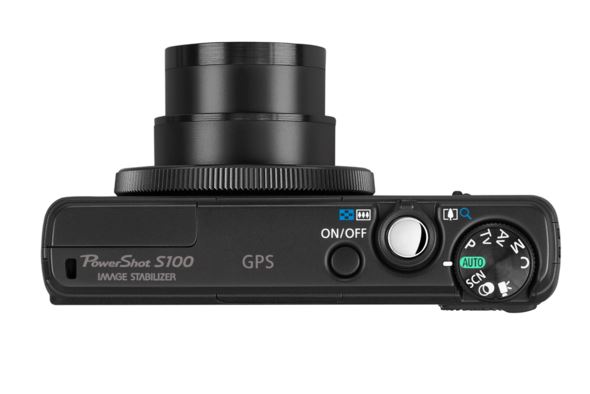 As a keen photographer, there was certainly no hesitation when Canon asked if I would like to head to their HQ in Reigate to get one of the first hands-on experiences with the new S100 on the day of its launch. Unfortunately as it was a pre-production sample, Canon wouldn’t allow me to publish any images taken with it, but I can assure you that the image quality was outstanding. 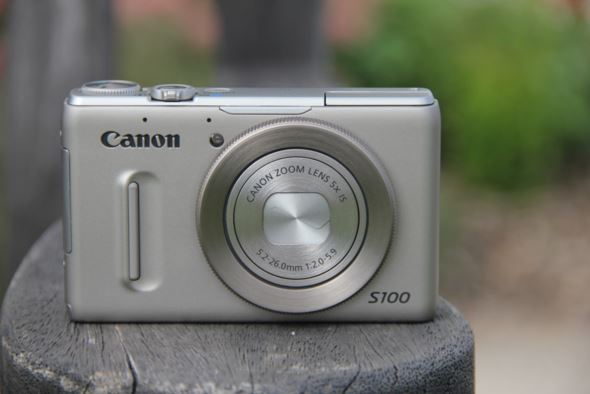 Back when the S95 was launched we saw a range of much-needed improvements on its predecessor, the S90 - improved handling of the revolutionary Control Ring, as well as greater levels of manual control, High Dynamic mode, Multi-Aspect Shooting, 720p HD shooting with stereo sound and the highly advanced HS System. So what could possibly be added to the new S100 that the S95 doesn’t already have? Are these additions enough to justify the upgrade? Let’s take a look...

Well, at first glance the S100 doesn’t look remarkably different to its predecessor apart from a few key tweaks. The biggest aesthetic change is that the S100 will be available in metallic silver as well as black.The edges are slightly more curved which fits in with its sleek, sophisticated design. The layout on the back is very similar, except with the addition of the Record button and Ring Function button which are now placed above the wheel. A new characteristic to its design is the addition of two discreet grips - one on the front of the camera and a thumb grip on the back. Apart from a few tweaks here and there, the design almost remains the same to the S95. 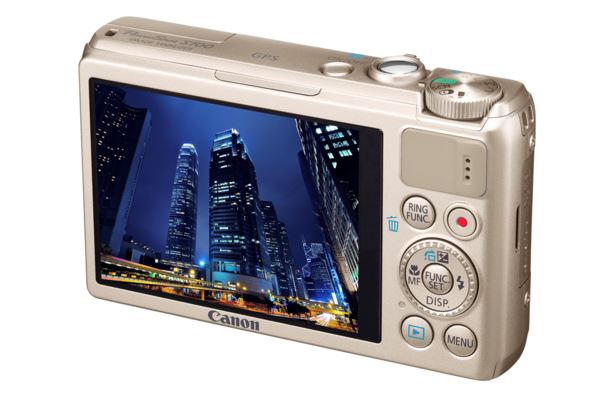 Rear view of the Canon S100

The Canon S100 has downsized and is now 2.8mm slimmer than its predecessor. The move of the Ring Function button from the top of the camera to the back proves to be worthy, allowing you to keep your eye on the subject as well as your hands locked in position when speed is of the essence. After spending some time shooting with this new camera, I definitely noticed the added comfort and improved handling from the front and rear grips.

The speed of the Canon S100 is really where it sets apart from its competitors. Canon has upped the frame rate allowing you to shoot stills to a whopping 9.6fps in full resolution. It also features a brand new DIGIC 5 processor which is almost 6x times faster than its predecessor.

Another new exciting feature of the S100 is the addition of GPS (Global Positioning System), which tags your images with your location, allowing you to track your route when you are on the move. Be sure to turn it off when it’s not in use; especially when indoors as the S100 will obviously struggle to pick up a satellite reading and therefore drain the battery quite a bit. 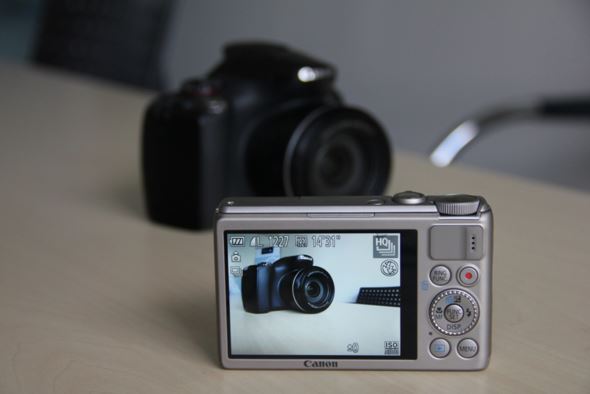 Optically, the Canon S100 has improved, now covering a range of 24-120mm (35mm equivalent) with maximum apertures of f/2.0-5.9. The 24mm wide-angle lens is 4mm wider than its predecessor, with a powerful 5x optical zoom - another key improvement on the S95, which only featured a 3.8x optical zoom lens.

The new PowerShot S100 is a fast performing compact that oozes style, quality and practicality. The added front and rear grips are a real plus, as well as its new GPS tagging and Logger Function. It’s a highly advanced camera packed with features normally found in an SLR, such as full manual control and an ultra-fast processor - allowing you to capture high quality images in any situation but with the added convenience of a compact yet sturdy design.

The Canon PowerShot S100 is now available for pre-order at Wex Photographic for £439.00. It is expected to be available in November.