International CES opens today, on the other side of the pond in Las Vegas. Produced by the Consumer Electronics Association, the International CES (Consumer Electronics Show) has been growing in popularity amongst photography manufacturers over the past few years, as photography has taken a more mainstream stance in modern retail. Gone are the days when you would wander down the high street to the shop on the corner where Mr Bloggs, a photography enthusiast or even professional photographer from a family of photographers would impart gems of his extensive knowledge to you as you bought your Kodak film rolls and collected the last roll you’d had developed. 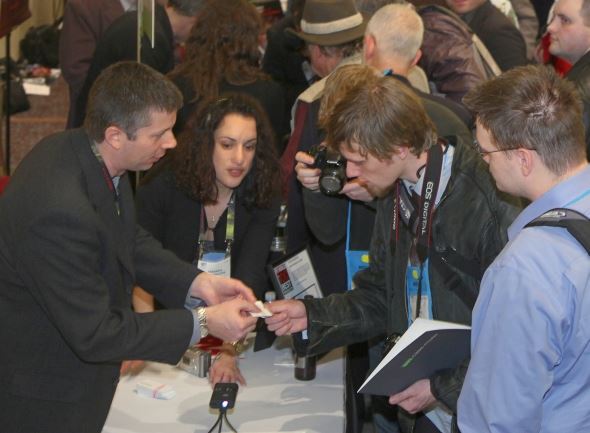 Times have changed and photography is now, for most people, a much more instant affair. The onset of Digital brought with it memory cards, USB cables and the ability to review and edit your photos in camera. As the technology infiltrated the mainstream, the level of customers using their local camera shop sadly dropped, as more and more people chose to shop more conveniently. Online retailers like Wex Photographic (that’s us!) are able to provide specialist help without you having to leave the comfort of your own home. 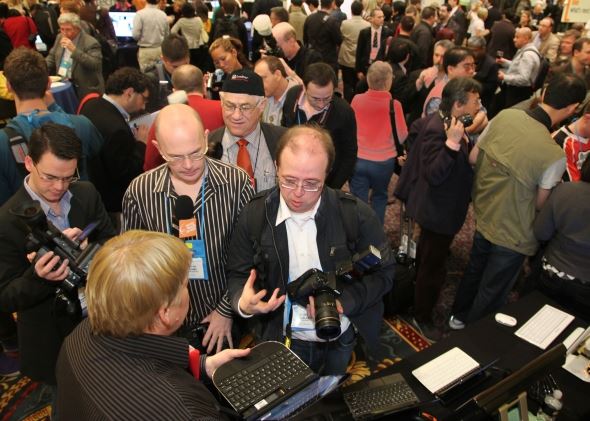 2009 estimates put the number of households that own digital cameras at around 75%, whilst a 2008 report from the Photo Marketing Association showed that only 25% of camera owners processed film that year, compared to 62% back in 2005. As digital cameras have hit the mass market there has been a flood of camera technology to retailers who aren’t exactly photography specialists – in fact you could say that they were simply specialists in retailing! Of course, they do a very good job of it, but to cut a long story short, this has ultimately resulted in camera manufacturers realising that they need to get involved in the likes of CES where they can tout their wares to a new breed of technology hungry consumers. These consumers want to know about the latest and greatest development in imaging technology and will then happily part with their cash to whoever can offer the best price.

So, that brings us to a CES which in 2010 is brimming over with stands and displays from the likes of Canon, Sony, Nikon, Kodak, Tiffen, Tokina, Lowepro, Pentax, Olympus, Panasonic, Casio, SanDisk, Joby… the list goes on, and on and on. The various brands clamour for your attention, hoping to entice you into their floor space where they can bewitch you with their latest creation. Will it be the continuation of the megapixel race, advanced GPS and information tagging, increasingly intelligent face, smile and frown detection or super-intuitive touch screen technology that will take your fancy? Or maybe they’ve got something even better up their sleeve. 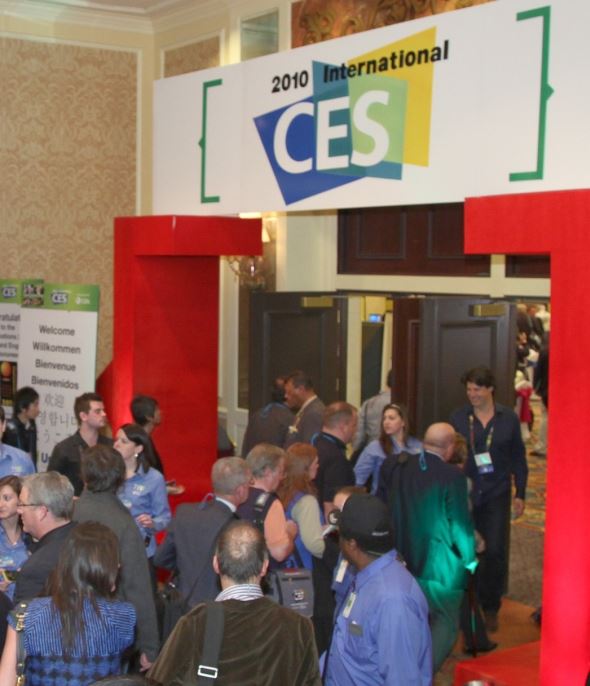 There are interesting seminars, such as “Beyond Point and Shoot: A Glimpse into the Future of Digital Imaging” and the Digital Imaging Showcase itself will feature more than 37,000 square feet of exhibition space, (an increase of 12,000 from CES 2009), with more than 60 participating exhibitors. The DIS will highlight all aspects of imaging, including cameras and capture devices, storage, software, printers, kiosks, bags and accessories.

If you haven’t made it over to International CES yourself, then watch this space. We’ll be sure to keep you updated with the latest news and announcements – of which there are sure to be plenty!