Hasselblad celebrates the anniversary of the 1969 moon landing, with a limited edition medium format mirrorless camera 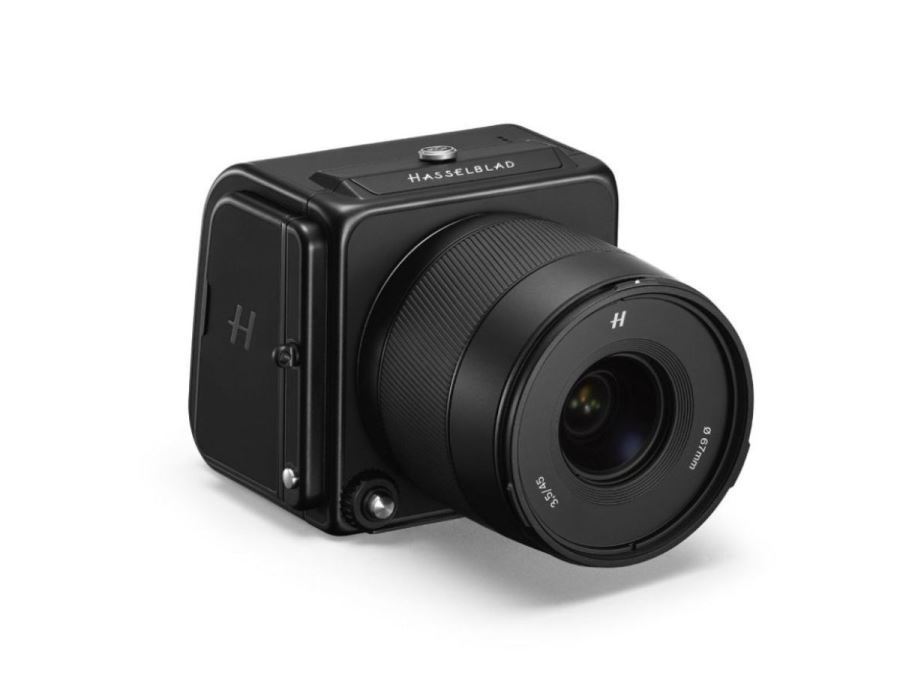 Hasselblad cameras were famously used in space to document the Apollo program. Exactly how many cameras have made it back to Earth is up for debate. However, there are currently only two ways to get your hands on a camera that was used during one of NASA’s infamous missions: Hope a device appears at auction (a camera ‘supposedly’ used on Apollo 15 reportedly sold for nearly $1m) or build yourself a rocket, land on the moon and bag one of 12 cameras that were left on its surface.

Don’t be too disheartened if you don’t possess copious amounts of cash or have a degree in aerospace engineering though, because we’re about to tell you about the next best thing to a genuine space relic: Hasselblad’s 907X Special Edition [907X SE]...

This limited edition camera comprises Hasselblad’s 907X body and CFV II 50C digital back. On the left side of the camera (facing the rear LCD) is a plaque that reads: “On the moon since 1969”. Apollo 11 buffs might be wondering why the 907X SE is matte black and not dressed in the silver coating of the HDC famously used by Neil Armstrong. That’s because it’s actually modelled on the matte black HEC used by Michael Collins, which made it back to Earth. Collins piloted the Apollo 11 command module, Columbia, while Armstrong and Aldrin explored the moon’s surface.

The 907X and CFV II 50C were announced last month and are therefore yet to hit shelves. Weighing a remarkably light 206g, the 907X is the smallest medium format body Hasselblad has ever produce. Pair the 907X with the CFV II 50C and you’ve a conduit in which to house every single XCD lens available. If that wasn’t enough, adapters allow the pint-sized combination to house all HC/HCD, XPan and V System lenses too.

If you’re not privy to the CFV II 50C’s capabilities, it packs a meaty 50MP CMOS medium format sensor, 14 stops of dynamic range and full-size JPEG capture. As you’d expect, the digital back includes Hasselblad’s coveted Natural Colour Solution technology. Despite its sleek vintage veneer, it also has a 3-inch touch and tilt rear display, with a 920K-dot resolution. The 907X Special Edition combo also holds an X-system battery, has dual UHS-II SD card slots, as well as Wi-Fi and USB-C connection.

We're currently unable to confirm whether the camera is moondust resistant...

Who’s it for? The 907X Special Edition adds to Hasselblad’s moon landing history and will appeal to anyone (not just photographers) interested in Apollo 11.

What does it compare to? Hasselblad’s standard 907X and CFV II 50C, and dare we say the HEC used by Michael Collins during Apollo 11.

Why should you care? If you happen to be a space and photography fanatic, the opportunity to own an Apollo-themed Hasselblad might be too tempting to pass up. Find out more about the 907X Special Edition by clicking here.