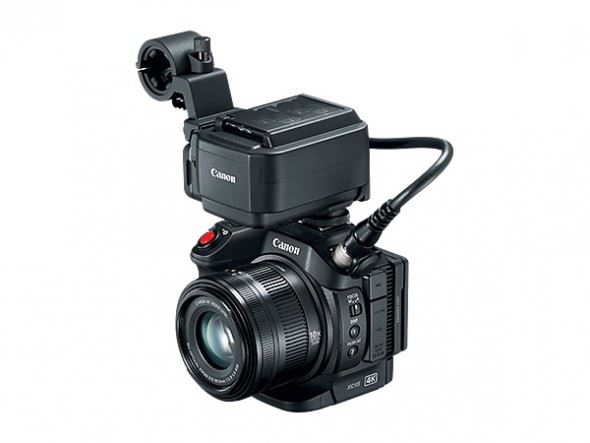 Compact and designed to deliver pro-quality video, the newly announced XC15 has a 1-inch CMOS sensor, DIGIC DV5 processor and can record 4K (UHD) and Full HD video. With versatility in its DNA, the XC15 can be used to pull 8.29MP stills from its 4K footage, in camera. It also has a dedicated stills mode.

This camera is primarily aimed at content creators such as news gatherers and independent or documentary filmmakers. Following in the footsteps of the popular XC10, the XC15 combines the best elements from its predecessor with new features and functionality, including a microphone adapter with dual XLR inputs for professional audio capture, quick autofocus and a 24p frame rate option for cinematographers.

Shooting in tight spaces or at extreme angles with the XC15 will be made easier thanks to its vari-angle LCD touch panel, and its 10x fixed optical zoom will help get you closer to the action without having to be too intrusive or imposing.