Described as "ideal for those who want an all-in-one solution”, the new lens features a Vibration Reduction system said to offer a benefit of up to four extra EV stops over unstabilised optics. The system is also said to be quiet in operation, thus making it suitable for use during video recording.

The lens sees a single Extra-Low Dispersion (ED) element in addition to an aspherical lens, as well as a metal mount for solidity and a rubber seal to stop water and dust ingress. 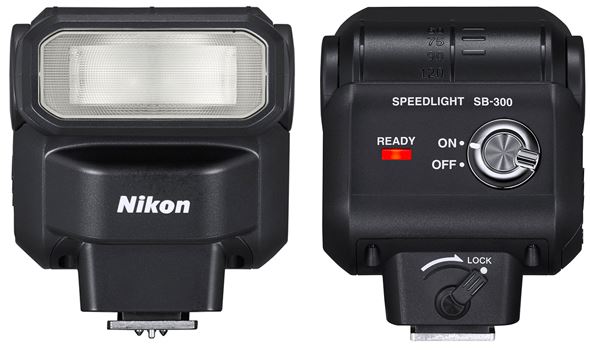 Nikon has also furnished its Speedlight flash range with a new member, the SB-300 Speedlight.

The SB-300 Speedlight is compatible with Nikon DSLRs, as well as Coolpix cameras equipped with an accessory shoe such as the Coolpix A announced at this year's Focus on Imaging show.

Powered by two AAA-sized batteries, the new model has a guide number of 18m at ISO 100 and has is compatible with Nikon's iTTL system. Its head can also be tilted upwards over 120 degrees so that it can be bounced off a ceiling or another surface.