Yes you read the headline correctly – the new Nikon D3s has an ISO range maxing out at 102,400 (HI-3) and in our books that makes it a bit of wild child. The ‘S’ designation isn’t just a quick slap & dash adding D-movie mode though. 720p HD video capture is included, but the D3s also offers serious refinements for professional photographers. 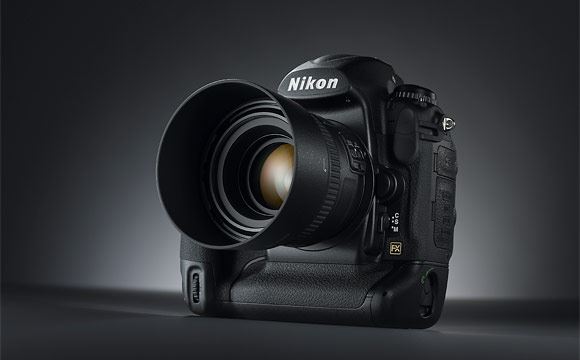 The headline upgrades from the D3 to the D3s are surprisingly substantial for an ‘S’ model.

The D3s offers a standard ISO range from 200-12,800 which can be expanded up to ISO 102,400 (HI3 mode). The original D3 offers ISO 200-6400, expandable up to ISO 25,600. Nikon claim that D3s images taken at the top of the standard ISO range will be “commercial-quality” and “pin-sharp”. This low light capability will cause quite a stir if the results match the statement. Nikon’s odds are good, considering the high ISO performance of the D700 & D3. Update: High-ISO D3s sample images available!

Although the 12.1 megapixel count remains the same as the D3, the new D3s sensor has a completely redesigned internal structure, which provides an excellent signal to noise ratio. Combining the low 1.4MP/cm2 pixel density (also found in the D3 & D700) with an updated micro-lens array & internal circuitry allows the D3s to capture a wide dynamic range and extraordinary ISO range, giving you clean detail-rich images.

The D3s includes twice the amount of factory installed buffer memory compared to the D3. This allows you to capture 48 RAW or 130 JPEG files in succession, which is a big boost to the D3’s action credentials (9FPS & 51-point autofocus). Nikon D3 owners need not despair; Nikon are offering D3 buffer upgrades via their service centres.

A four frequency sensor cleaning unit has been added to the D3s, which can be activated manually or automatically during power-on & power-off. Nikon have overcome the challenge of including a sensor cleaning unit in an FX digital SLR with 100% viewfinder coverage; this wasn’t possible when the D3 & D3x were released and the D700 has integrated sensor cleaning, but only 95% VF coverage.

The D3s can capture 720p HD video and includes extra goodies like the D300S; an external microphone connection and contrast-detect autofocus whilst recording. Combined with the high ISO range (all values are available whilst recording video) this should make the D3s a potent tool for video capture!

The D3s offers a 5:4 ratio crop (10.1 megapixels), 1.5x ‘DX’ crop (5.1 megapixels), and 1.2x crop (8.4 megapixels). The new 1.2x crop mode offers a practical blend of increased magnification without sacrificing too much resolution. This could be a useful comprise for photojournalists adapting to their environment, although I suspect many would simply capture full resolution and have the option of cropping later, unless post-production options are limited.

A quiet shutter release option has been added to the release mode dial, aimed at photographers who are required to cover events unobtrusively. Having tried this feature on the D300S, the absolute volume isn’t significantly quieter, but by holding the shutter button down the mirror return can be delayed, masking the tell-tale double ‘clack’ that makes a camera’s shutter release so recognisable. 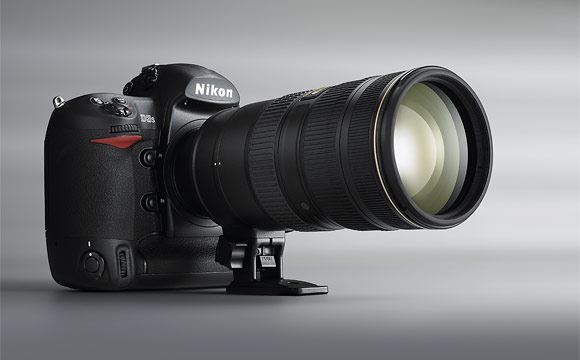 The D3s looks like a welcome upgrade to the D3 for professional photographers. The high ISO performance combined with the responsive controls and 51-point autofocus make a flexible tool for photojournalists to cover the story as they see it.