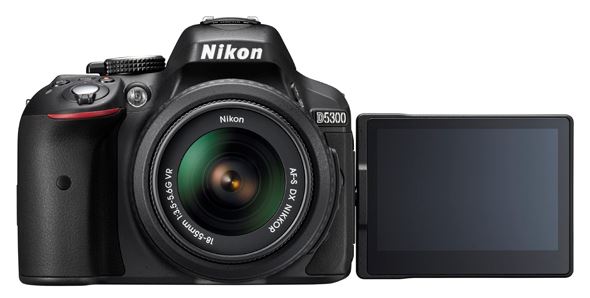 Nikon has furnished its award-winning DSLR line with a follow-on from its D5200 model, the Nikon D5300.

Nikon has stated that the new Nikon D5300 is not a replacement for the existing D5200, and that the D5200 will continue, although the new camera boasts a raft of improvements to tempt those upgrading from compacts and older DSLRs. 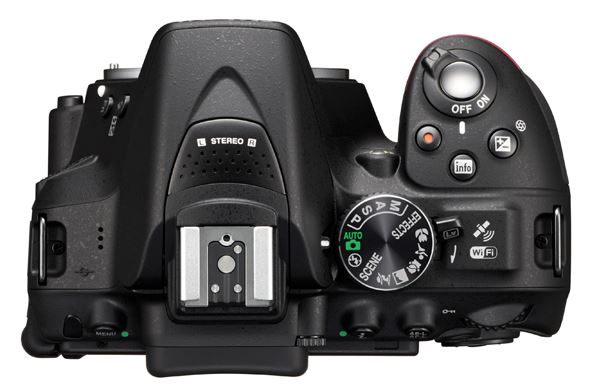 The star among these is a 24.2MP DX-format sensor, which lacks an anti-aliasing filter for the benefit of detail retention. This is paired with Nikon's new Expeed 4 processing engine which promises better noise reduction than before, together with more accurate Auto White Balance and colour. The camera's ISO range runs from ISO 100-12,800 as standard, with a Hi1 extension setting equivalent to ISO 25,600.

The Nikon D5300 also has the honour of being the first Nikon DSLR to include Wi-Fi. Not only does this allow for the instant uploading of images online but also means the camera can remotely controlled from a smartphone or tablet. Upon registration of the camera with Nikon, users will also be entitled to 20GB of cloud space in which to store images. 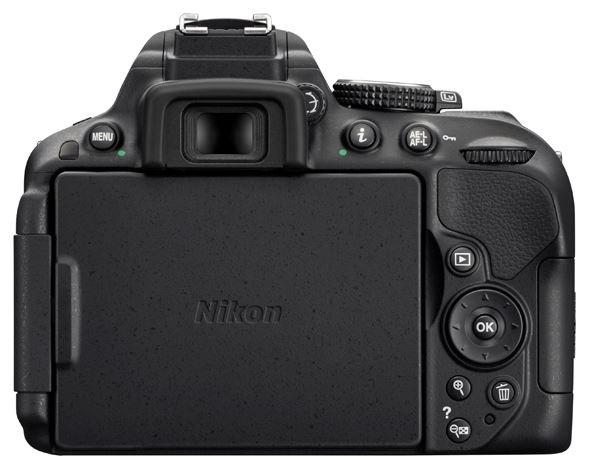 The Nikon D5300 also differentiates itself from many of its DSLR peers by including a GPS system, which embeds latitude, longitude and altitude information into the metadata of captured images, with the location of captured images viewable on a map within the supplied ViewNX 2 software.

Other notable features include a 3.2in articulated LCD screen, with an impressive 1037k-dot resolution. This is said to have a 170degree viewing angle and no gap between its display and the outer panel protecting it, in order to minimise reflections and improve visibility.

Full HD video recording is also on hand in a choice of frame rates up to 60/50p, as is a range of in-camera movie editing functions. Sound is recorded by a pair of microphones nestled in the top plate, although it's possible to use an external microphone should you wish. 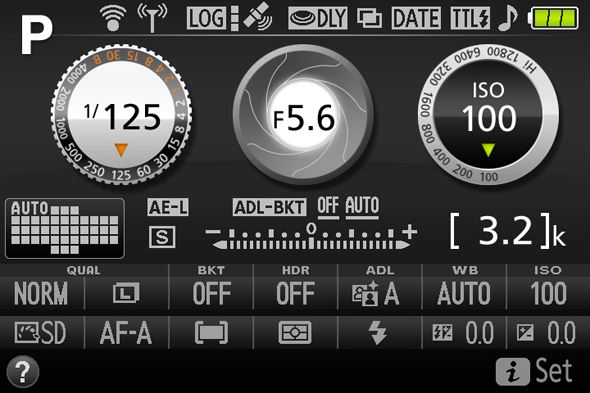 The Nikon D5300 also features two new Effects modes, namely Toy Camera and HDR Painting mode, and goes on to offer a new D-lighting mode from its Retouch menu which is designed specifically for portraits captured in tricky conditions.

Nikon has also announced a new prime lens, the AF-S Nikkor 58mm f/1.4G. The lens is compatible with both FX and DX-format bodies, producing an effective focal length of around 97mm on the latter. Said to deliver exceptional imaging performance - even wide open - the lens has been equipped with Nano Crystal Coating to reduce reflections, as well as a Silent Wave Motor for smooth and quiet autofocus. 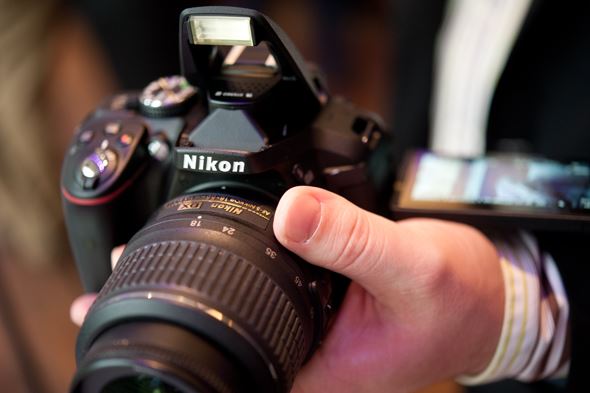 We got our hands on a sample of the D5300 at Nikon's official launch to see what it looked set to offer. Although the model's design is quite an obvious continuation of the D5200 (and the D5100 before it), the changes Nikon has made are visible. The most significant, perhaps, is the LCD screen, whose quality (and to a lesser degree, its size) makes a real impression. 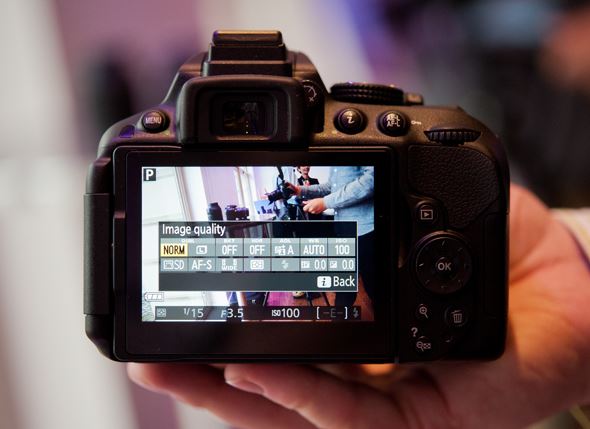 It looks bright and high in contrast, while its detail is also very good. This kind of clarity is what we're coming to expect from new models whose screens lack an air gap between their displays and outer panels. While some reflections are visible as the screen is tilted away towards brighter details, visibility remains high regardless of the position from which it's viewed. 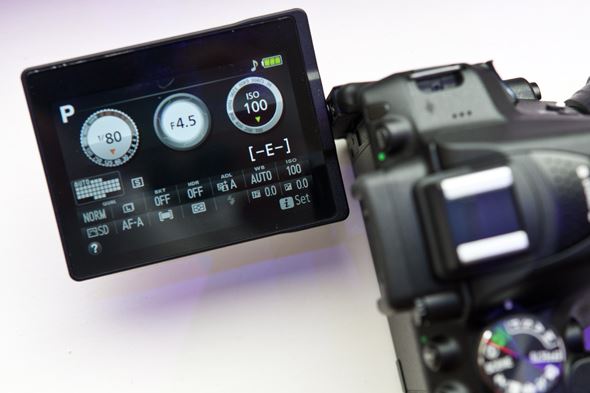 Those used to the Nikon D5200 will immediately find themselves at home with the D5300's graphic user interface. The camera maintains the same dials to show the different exposure parameters, as well as the collection of main shooting options which can have their values changed easily from the main display. Nikon is said to have made a few adjustments to the menu system overall, though, in order to make the menus more clear and easy to navigate. 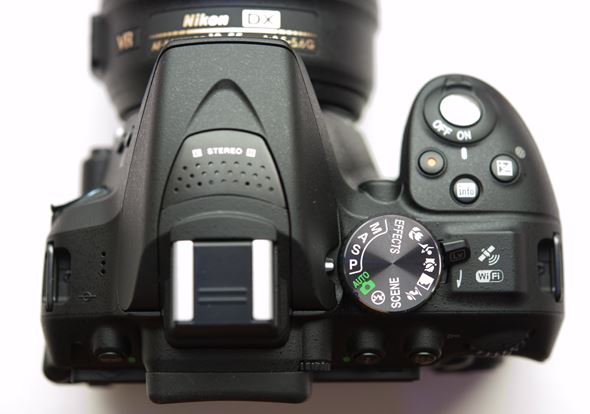 There have been a few changes on the top plate, namely the drive mode button which has now been relocated to the front of the camera, as well as a permanent reminder of the camera's Wi-Fi and GPS options next to the mode dial. The mode dial still accesses the same options as the D5200's, although the Effects option now accesses the two new Toy Camera and HDR painting modes in addition to the seven which featured here previously. The stereo microphones on the top plate have also been cosmetically reworked a little. 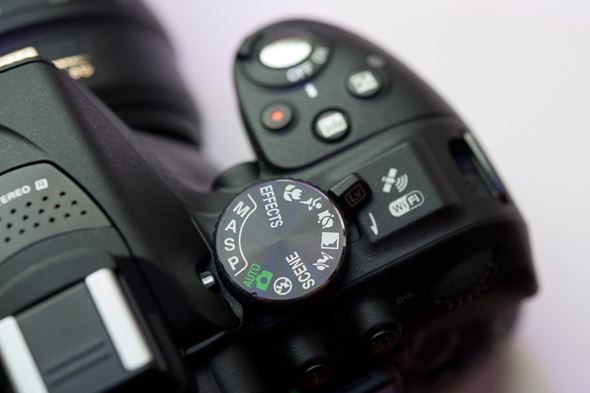 Nikon is said to have completely revised the camera's construction, although it wouldn't be drawn into revealing the actual material used. In the hand it still feels like the same polycarbonate casing as many other cameras at this price point, although the model is both smaller and lighter than the previous Nikon D5200. 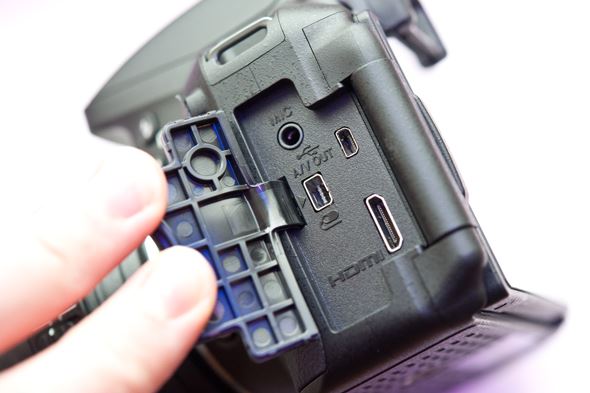 The camera's viewfinder appears nice and clear, with all focusing points easily visible. Around the side of the camera, meanwhile, there's little to surprise, with USB, HDMI and a microphone ports, and a further socket for connecting a remote release in the middle of these. 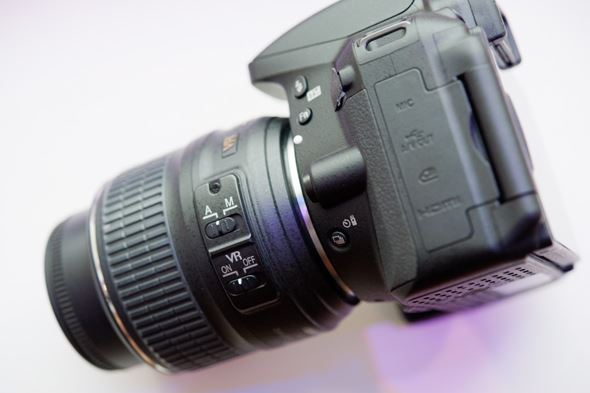 Nikon has made one change around the front, however, by slotting in the drive mode control just beneath the lens release button. This is easily accessible by the thumb and perhaps a welcome change if you tend to alternate between single and continuous burst options. The Fn and flash buttons lie above these as before.

Overall, the D5300 looks set to deliver an awful lot for the entry-level user. The inclusion of Wi-Fi and GPS makes it something of a rarity among DSLRs, while the high-resolution sensor means it's unlikely to alienate those that want to regularly make enlargements too. The new AF-S Nikkor 58mm f/1.4G lens is also likely to become an object of desire for both stills and videographers, with its equivalent focal length on DX-format bodies and wide aperture potentially making it an excellent choice for portraiture.

The Nikon D5300 will go on sale from mid-November although you can pre-order it now via the links below.