An awesome selection of high-standard lenses from the Nikon stables this morning, including 500mm and 600mm super-telephotos promising the lightest build in their class, and a wide travel zoom.

It weighs approximately 3810g, and is designed with sports and action photography in mind. Its Vibration Reduction technology helps keep shots stable, to the point where Nikon says it will provide photographers with a four-stop exposure advantage. A new dedicated ‘SPORTS VR’ mode delivers a stable viewfinder image when shooting high-speed movement.

With all the bells, whistles and features of its bigger brother, the AF-S 500mm f/4 should be just as capable a workhorse for the action photographer.

Both the 500mm and its bigger brother feature fluorine-coated protective front elements as an extra bit of insurance against water, dust and dirt, as well as tough construction and a Kensington lock on the tripod collar. 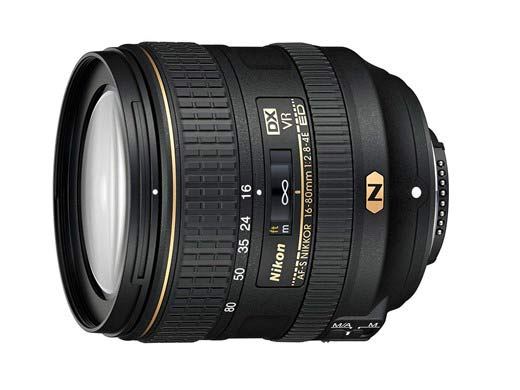 The 16-80mm f/2.8-4G is compatible with Nikon’s DX-format APS-C cameras, and is the first in the DX range to feature the electromagnetic diaphragm mechanism for stable fast exposures.

It’s also got plenty of the features of the big telephotos, including Vibration Reduction, Nano Crystal Coating and a protective front fluorine coat.

With a bright aperture range of f/2.8-f/4 throughout its zoom range, and a hardy construction, the 16-80mm should be ideal for travelling photographers.

Zoom vs Prime: An Introduction to Lenses