Nikon introduces the world to its new Z-mount system with the release of the Z6 and Z7 mirrorless cameras, and a trio of high-quality lenses

Amy Moore and Kriss Hampton get their hands on a pre-production Nikon Z 7. For more videos, visit our YouTube channel.

Pre-order the Nikon Z 6 and order the Z 7 today.

Try the Nikon Z6  or Nikon Z7 before you buy. Visit Wex Rental.

Nikon has finally entered the full-frame mirrorless market with not one but two compact system cameras. Both the Nikon Z6 and Nikon Z7 sport Nikon’s much talked about Z-mount system, and boast a new image-processing engine and new full-frame CMOS sensors. But, a new mount wouldn’t be much fun without glass, so the Japanese imaging giant has also revealed a trio of Z-mount lenses to accompany its new system. If you're a full-frame Nikon DSLR user who's looking to make the move to mirrorless, don't give up on your existing collection of lenses just yet. Nikon is set to release the Mount Adapter FTZ, which will allow seamless Z mount compatibility with a variety of F-mount lenses.

So, you’ve replayed the teaser videos for tidbits and the wait is finally over. It’s time to answer what we’ve all been asking ourselves: What would a full-frame Nikon mirrorless camera be like? Who could've imagined we’d end up with two? 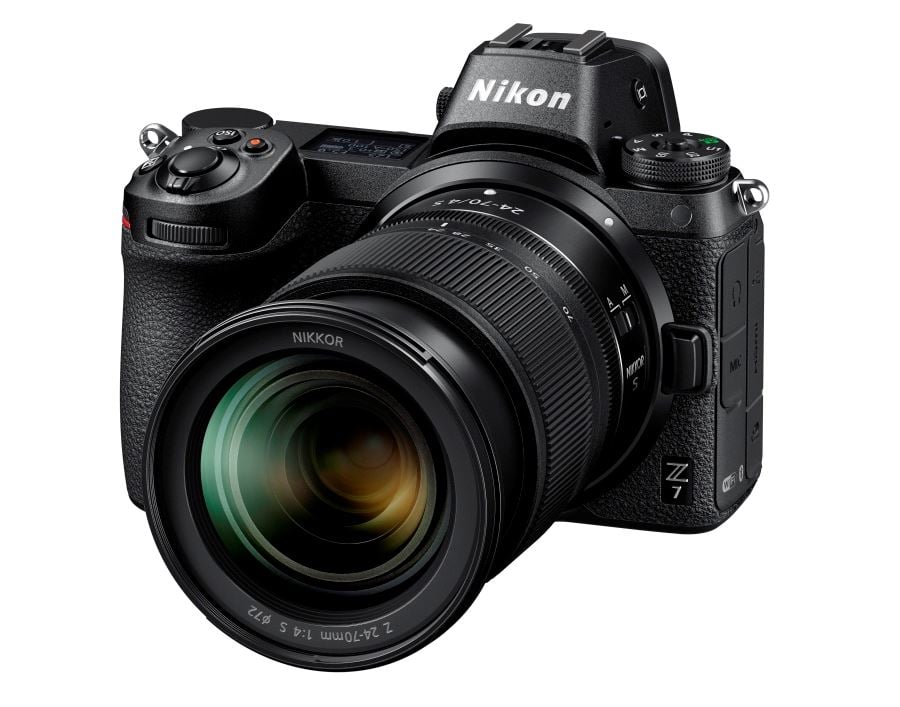 The Nikon Z6 and Nikon Z7 sport different specifications, but are physically identical.

Nikon Z 6 at a glance

Nikon Z 7 at a glance

Both the Z6 and Z7 use Nikon’s new full-frame backside illumination CMOS sensor, with built-in focal-plane phase-detection AF pixels. The Z7’s formidable 45.7MP sensor will no doubt draw comparisons with Sony’s A7R Mark III, and the Z6’s 24.5MP sensor looks set to occupy a similar area of the market as Sony’s A7 Mark III. The Z6 and Z7 take advantage of Nikon’s new EXPEED 6 image-processing engine and although we’ve yet to put this latest EXPEED processor through its paces, we’ve been told that it will reduce noise and enhance sharpness. 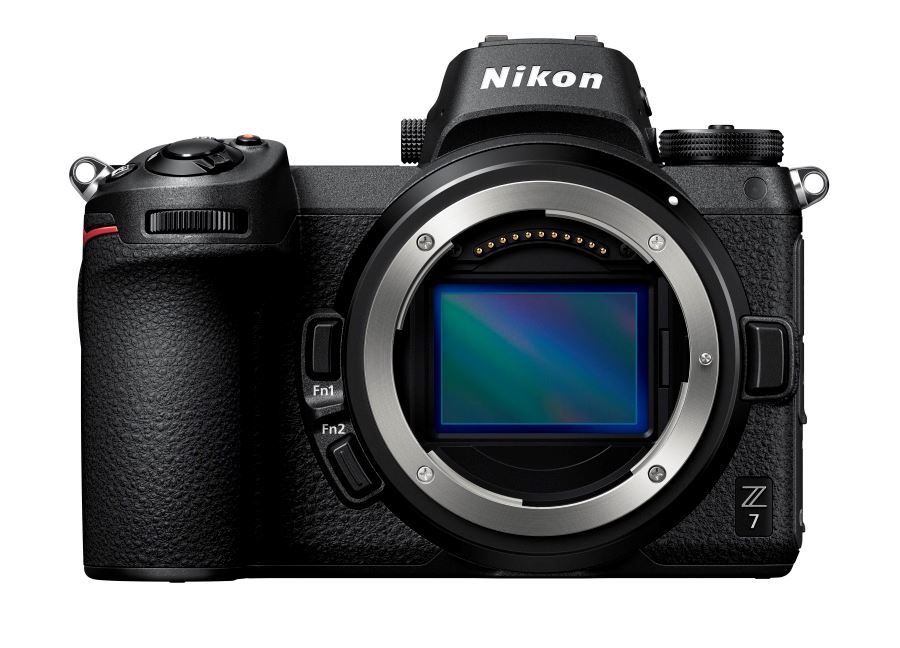 The mirrorless duo also sports different autofocus capabilities. The Z6 makes use of 273 focus points, while the Nikon Z7 has 493. Nikon's hybrid AF system is optimised for the cameras' full-frame sensors and automatically switches between focal-plane phase-detection AF and contrast-detect AF. Approximately 90% of the imaging area is covered with focus points (horizontally and vertically). 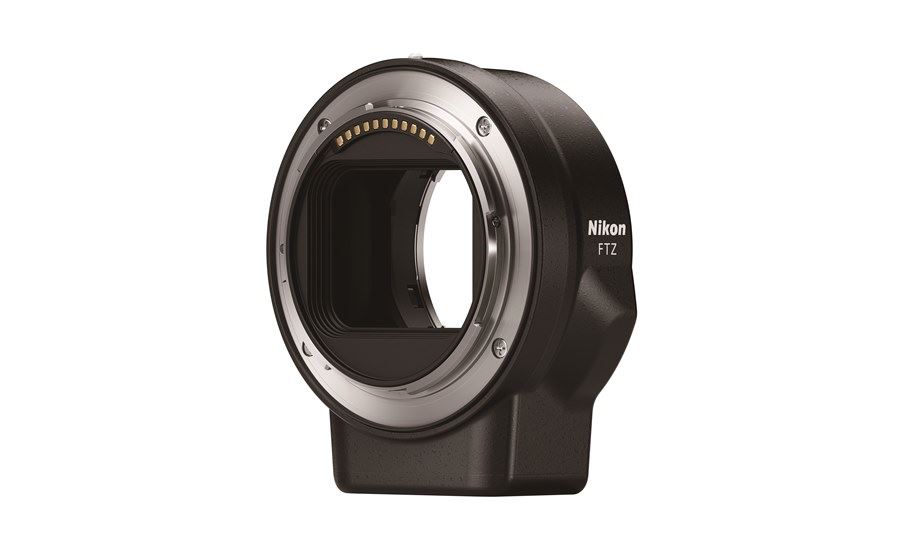 The Mount Adapter FTZ will no doubt prove popular among existing Nikon users.

The presence of Nikon’s new Z mount is arguably the Z6 and Z7’s biggest talking point… literally! The mount comprises a 16mm flange and an internal diameter of 55mm. As early teaser footage made very clear, it’s notably larger than the traditional F-mount and that’s not a coincidence. Nikon has stressed that the Z mount is capable of producing lenses of a much higher quality and that although the larger diameter may increase girth, it will also result in shorter lenses.

But, the announcement of the Z6 and Z7 isn’t just about the future of Z mount. The Mount Adapter FTZ reveal certainly indicates that Nikon’s F-mount is going nowhere anytime soon. It also means that the Z6 and Z7 will be compatible with a variety of F-mount lenses – good news for current Nikon users. As of right now, Nikon is quoting seamless compatibility with 93 F-mount lenses. 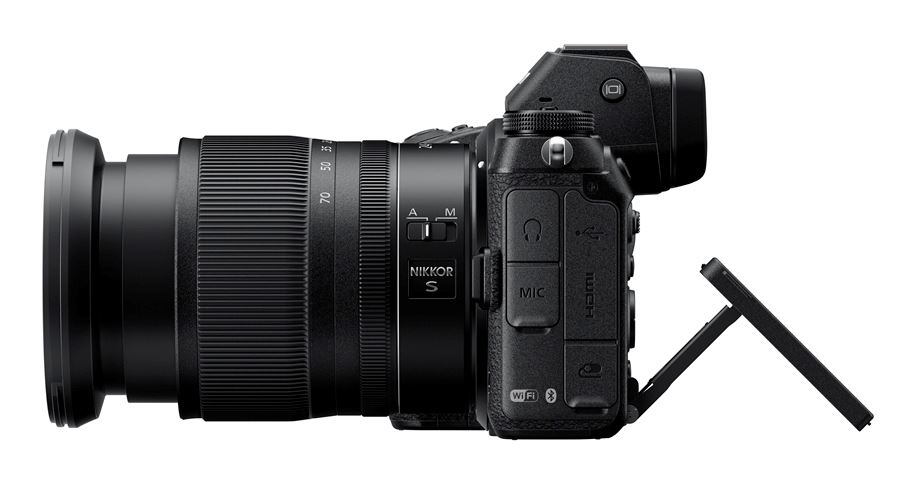 The high-resolution EVF and tilting rear LCD will help you find the optimum composition.

From the nobly-textured grip to the presence of that famous red stripe, the Z6 and Z7 are unmistakably Nikon. However, gone is the bulbous form factor we’ve grown accustomed to in favour of an altogether slimmer affair. Both the Z6 and Z7 weigh approximately 675g, a far cry from the 915g D850.

Both cameras share the same electronic viewfinder, with a 3,690k-dot OLED display. As you’d expect, the EVF boasts 100% frame coverage. The eyepiece has been treated with a fluorine coat to repel dirt and users are able to view a variety of shooting settings while looking through the EVF. The rear LCD screen features a 2,100k-dot display, is touch sensitive and features a tilting mechanism.

Each camera’s large grip should provide stable handheld shooting and is complemented with tactile and cleverly positioned controls for ease of use. Existing Nikon users will have no doubt spotted the display panel that sits atop each camera, a hallmark of the manufacturer’s high-end DSLRs. 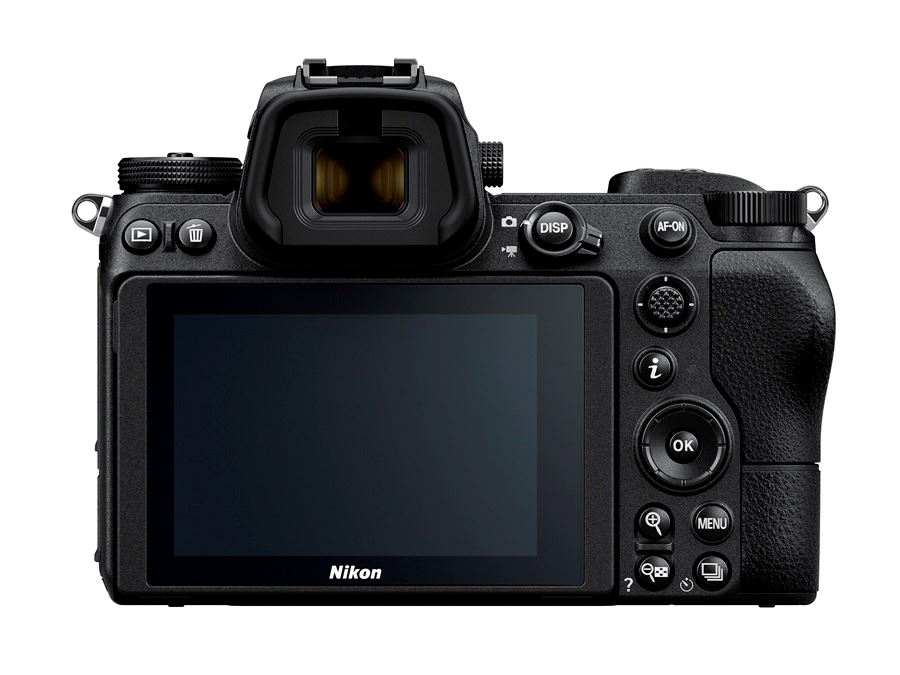 Full-HD at 120p with audio will no doubt impress those wanting to use the Z6 or Z7 for filming.

The Z7 and Z6 both support the recording of full-frame 4K UHD at 30p using the FX-based movie format. Surprisingly, they also support full-HD at 120p with audio too. In addition, full-pixel readout should make for even sharper UHD footage and Nikon’s original N-Log can also be used with 10-bit HDMI output. Finally, timecode support should make synchronising video and sound to footage recorded across multiple devices easier. Time-lapse movies are also possible with the Z7 stretching to 8K and the Z6, 4K UHD.

The trio of Z-mount lenses

The NIKKOR Z 24-70mm f/4 S features a minimum focusing distance of 0.3m across the entire zoom range and contains an ED glass element, an aspherical ED lens element and three aspherical lens elements. Nikon has highlighted the lens’ portability, something the Z mount’s larger diameter has promised to deliver.

We’ve also been told that the 24-70mm’s optical design should suppress variations in aberrations from shooting distances of close-up to infinity. The result should be edge-to-edge sharpness even at the maximum aperture. Ghosting and flare are reduced, thanks to Nikon’s Nano Crystal Coat and the front lens surface has been treated with a coating of Fluorine. As you’d expect, the entire lens has been sealed to help prevent breaches of dust and moisture. 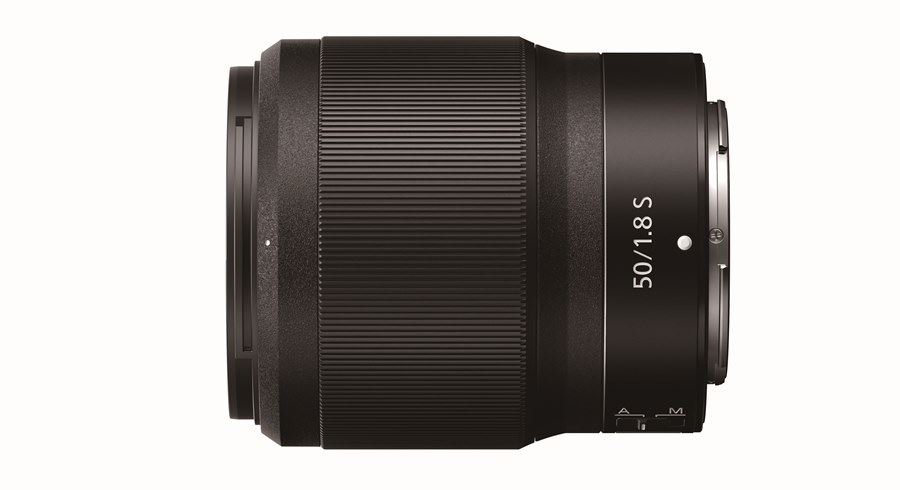 The NIKKOR Z 50mm f/1.8 S features a new stepping motor for quiet and accurate AF control. The lens boasts edge-to-edge sharpness, and the reduction of axial chromatic aberration should ensure superior resolution. The 50mm has been treated with Nikon’s Nano Crystal Coat, and houses two ED glass elements and two aspherical lens elements. It has also been sealed for additional protection.