Olympus launch the E-P5 & we get a hands-on preview!

This morning Olympus have announced the new PEN E-P5 with a distinctly retro design, which pays homage to the 1960’s classic PEN F model. It doesn't just look good though, it borrows the 16 megapixel sensor from the award-winning OM-D and is capable of shutter speeds as quick as 1/8000th, a world first for compact system cameras of this class. There's also a new Electronic Viewfinder (EVF), the VF-4, to accessorise the E-P5 and I was lucky enough to get a hands-on preview with both yesterday afternoon. Let's take a look at a few more of the key specs... 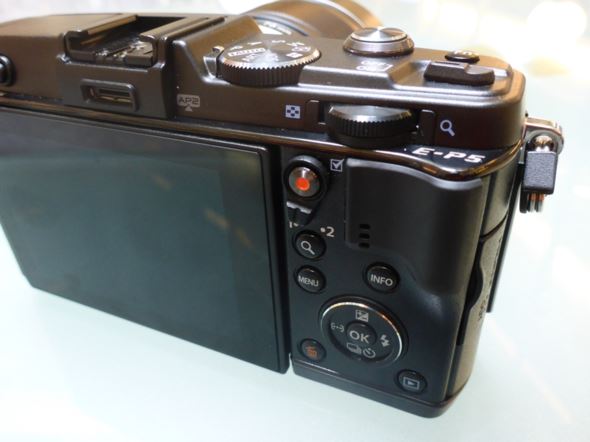 While it looks good on the outside, on the inside it's pretty impressive too. Olympus have given the E-P5 the same 16 Megapixel True Pic VI Live MOS Sensor found in the award-winning OM-D (see our review of that one here) and it's also the first compact system camera with a mechanical shutter capable of operating at 1/8000th of a second.

In a modern twist, the E-P5 also boasts built-in WiFi, with various ways this can be used. Most obviously, you'll be able to use your smartphone (iPhone or Android) to operate the camera remotely, including AF & shutter release, as well as using the WiFi function to view the camera's screen from your smart device. You'll also be able to give friend's devices access to selected images and use a smartphone to embed GPS information into images. Clever!

**body only including battery & memory card

As mentioned above, I was lucky enough to have the opportunity to get a hands-on preview with the E-P5 yesterday afternoon, so here are a few of my initial thoughts. If you have any questions about the E-P5 just leave a comment below and I'll do my best to get them answered!

The E-P5 boasts Olympus' trademark FAST AF system and it's, well, fast! It focuses almost instantly when switching between near and far subjects too - using the camera inside a high rise London building, it focused between objects a metre away in the office and the Shard looming in the distance into focus in an instant, with no sluggish searching through the range in the meantime. If you need accurate manual focus, there's a focus peaking display function too.

The new EVF is brilliant. The scene is displayed in brilliant 2,360k dot resolution, which is quite a step forward from the EP-3's 920k dot resolution EVF. The image you get through it is remarkably bright, crisp and gives you and incredible level of detail and clarity. As with many EVF's there is a moment's delay once you bring your eye up to view through it, but this mostly seems to be the detection of your face moving close to it and the camera switching between the rear LCD monitor view and the EVF, rather than the EVF being slow to kick in at all. The EP-5 cuts quite a larger shape once the EVF is attached, but the viewfinder unit itself is incredibly light - so accessorising your PEN won't slow you down. 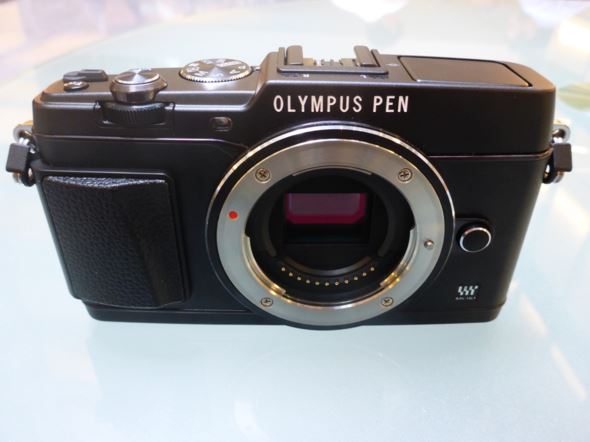 Design wise, it's very nice. I do like the retro look we're seeing more and more of in cameras recently and what Olympus have done with the E-P5 feels stylish but subtle and the fact that it's design is based on the brand's heritage and popular 1960s PEN F model, makes it all the more genuine. Here's a little bit more about that side of things from Olympus...

"To mark the 50th anniversary of the famous PEN F, they wanted a more distinctively retro concept. The answer came in the shape of the PEN F itself, which started a revolution at its launch. 50 years on, the E-P5 looks to honour the PEN F tradition with the same sloping lines, elegant Olympus lettering and 'step-down' front profile."

It's great to hold and the full metal casing makes it feel pretty solid yet still lightweight. It's comfortable to shoot with too, with the rubber thumb grip on the rear of the camera actually providing real useful grippy-ness, not just for show. Olympus have made the E-P5 available in three different colour options too, as you can see in the image at the top of this post: Black, Silver and White, so there should be something to suit most tastes. 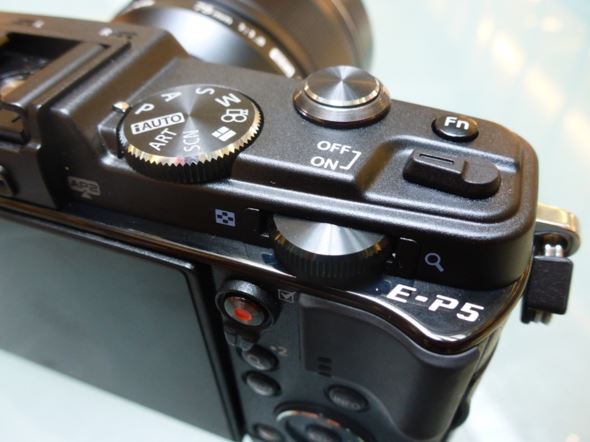 The new 2x2 Dial Control System is a nice touch too. It comprises two dials and a switch within easy reach on the top of the camera - one at the rear and one at the front which are both easy and comfortable to access quickly. When shooting in manual mode, the switch on the back can quickly be moved to one of two positions: in the first position the front dial will adjust aperture and the rear dial will adjust shutter speed, the second position allows you to change the ISO and White Balance with the two dials. Of course, you can assign other functions too.

Rest assured we'll be getting our Olympus expert Rob Spray on to reviewing the E-P5 as soon as possible, so watch this space for more on the latest PEN!

The Olympus PEN E-P5 is now available to pre-order at Wex Photographic in the following options: