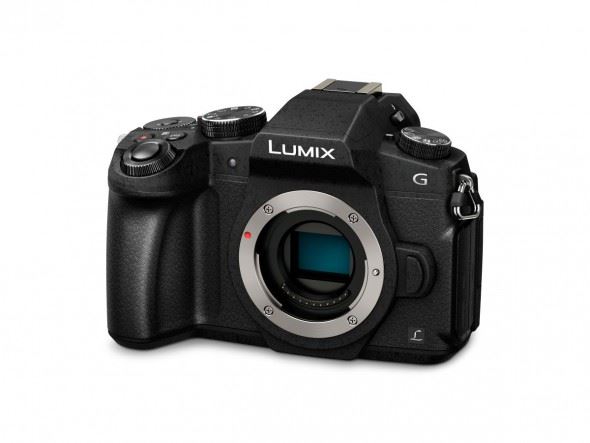 First up is the latest in Panasonic’s G-range of CSCs, the Panasonic Lumix DMC-G80. A rugged, high-performance camera, the G80 is splashproof and dustproof, allowing it to excel in outdoor situations.

Panasonic has updated its image stabilisation system for the camera, and says the new 5-axis Dual I.S. MK II enables an Optical Image Stabiliser and Body Image Stabiliser to work in tandem to suppress blur and produce crisp, clean images. Panasonic claims this will allow users to shoot at shutter speeds up to 5-stops slower than usual, expanding low-light options when shooting handheld.

In addition to the OIS system, the G80 also uses an electromagnetic drive in its shutter unit to dramatically reduce vibration from movement of the shutter diaphragm. This combines with the new solid magnesium front panel to reduce vibration by about 90% compared to the G7, according to Panasonic. 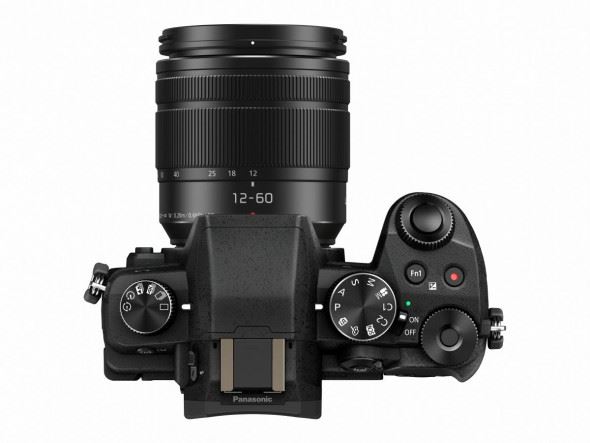 The G80 uses a 16MP Digital Live MOS sensor and new Venus Engine, allowing it to create punchy and colourful images in all conditions. Panasonic has removed the Low Pass Filter from the sensor, and says this will improve resolution by 10% compared to the G7. The G80 can shoot at a maximum ISO of 25,600, and uses Panasonic’s Depth From Defocus technology to reduce the acquisition time of its contrast-detect autofocus.

There are also a number of other handy AF modes to make use of. Panasonic’s Post-Focus function is a nifty addition, which allows the user to select a specific focal point after shooting, ensuring that the precise right spot has been hit. The G80 also packs in a Focus Stacking mode – allowing users to take multiple images with different aperture values and combine them into one – and Low Light AF mode, which is useful in conditions as dim as -4EV. Astrophotographers can also make use of Starlight AF, made for night sky compositions. 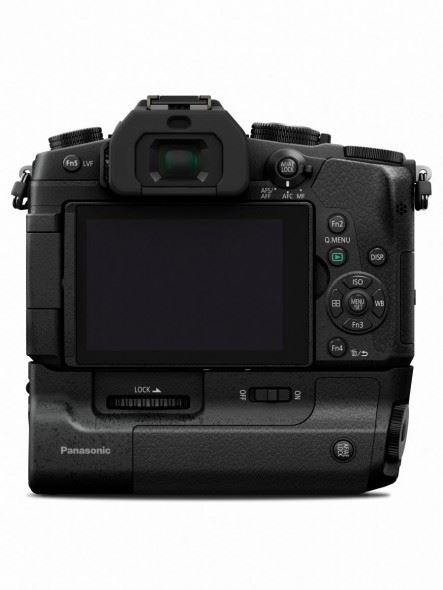 As has become the standard for Panasonic’s Lumix cameras, the G80 shoots 4K video at 25p or 24p, as well as Full HD video at 50p. Panasonic’s 4K photo modes are present and correct, allowing users to pull 8MP stills from 4K footage in order to capture precisely the right moment. As we’ve seen on Panasonic cameras before, the G80 has 4K Burst Shooting, 4K Burst (Start/Stop) and 4K Pre-burst. 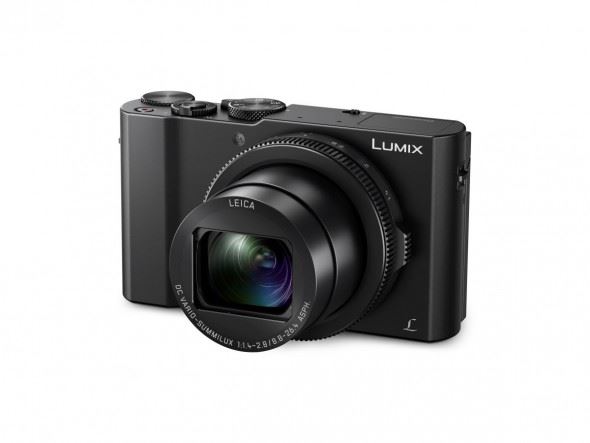 Panasonic announces a new compact, the Lumix LX15, describing it as “the ultimate compact camera for creative photographers.”

Panasonic has majorly extolled the virtues of the sensor, which is says will record images in stunning detail. It “contributes to a reduction in noise and improved S/N ratio”, meaning it’ll record images that are relatively free from noise even at ISO 12,800. There’s also a newly added Random Filter, which “granulates chromatic noise” to blend it into the image naturally. 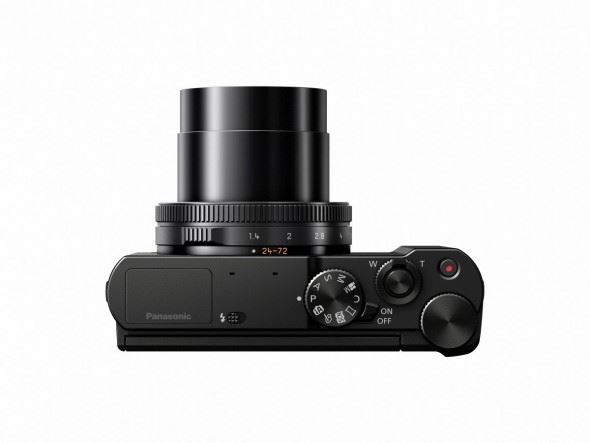 The LX15 also features fast and high-precision AF, with Depth From Defocus technology employed to shorten its acquisition time – DFD calculates distance to a subject by evaluating two images with different sharpness levels at 240fps. Its speed of focus is matched by its burst shooting capability, able to hit a maximum burst rate of 10fps.

Once again 4K video and 4K photo modes are included. The LX15 also enables Live Cropping in video recording for stable panning and zooming, and the digital operation of its zoom lens smooths out these actions still further.

Elsewhere, there’s lots of overlap with the G80, including Post Focus and Focus Stacking. Panasonic says the LX15 should be ideally suited for macro work, able to focus at a minimum working distance of 3cm. 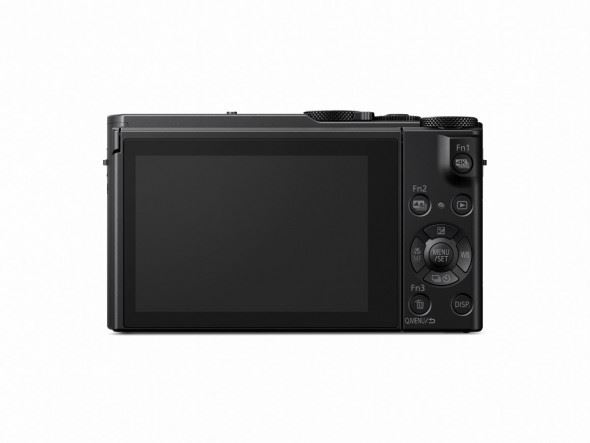 It can also shoot and process RAW files in camera, and incorporates Panasonic’s Creative Control filters that allow users to give their images a stylised look. 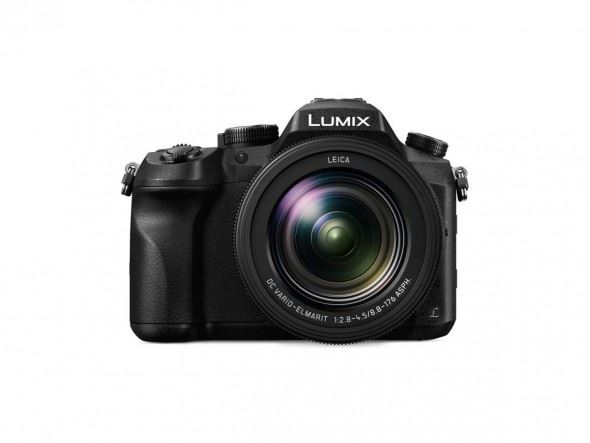 Rounding off the announcement trio comes the Panasonic Lumix DMC FZ2000, which incorporates a 20x optical zoom lens and a 1.0-inch MOS sensor  and is capable of unlimited 4K video recording in MOV/MP4.

Its Leica DC Vario-Elmart lens is a new model designed to be a photo and video hybrid. It covers a focal range of 24-480mm in 35mm equivalent terms, carries a maximum aperture range of f/2.8-4.5 and comprises 16 elements in 11 groups. Panasonic promises high optical performance with minimal flare and ghosting. 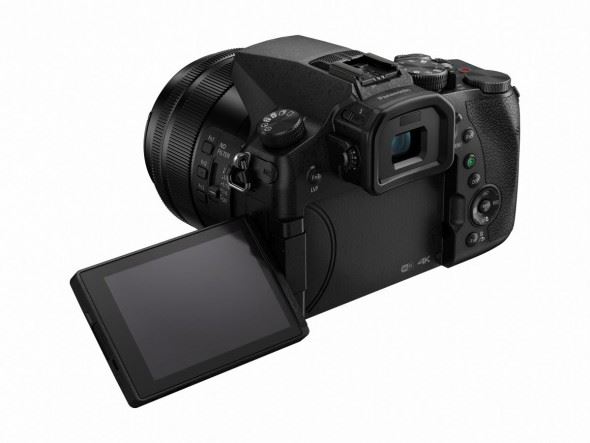 The lens also incorporates a “guide-pole” mechanism which would typically be found in professional video cameras. This ensures that zooming is ultra-stable and dramatically suppresses image blurring to the tune of an 80% reduction compared to the camera’s predecessor, the FZ1000. 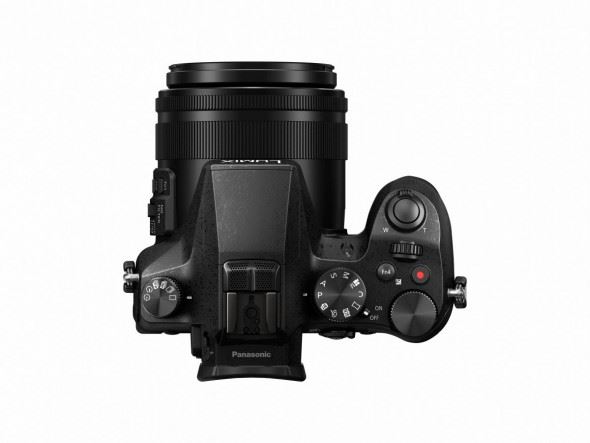 Panasonic provided lots more detail as to the camera’s video recording capability, which is worth a read below:

“Users can freely choose from MOV, MP4, AVCHD Progressive and AVCHD at a variety of frame rates according to the usage. For professional users, the system frequency can be flexibly selected between 59.94Hz (23.98Hz) / 50.00Hz / 24.00Hz. The LUMIX FZ2000 is also capable of real-time image output to an external monitor via an optional micro HDMI cable simultaneously while recording video. In addition, for more unique video expression, the LUMIX FZ2000 comes with further professional features such as Dolly Zoom, VFR (Variable Frame Rate), Time Lapse and Stop Motion Animation.” 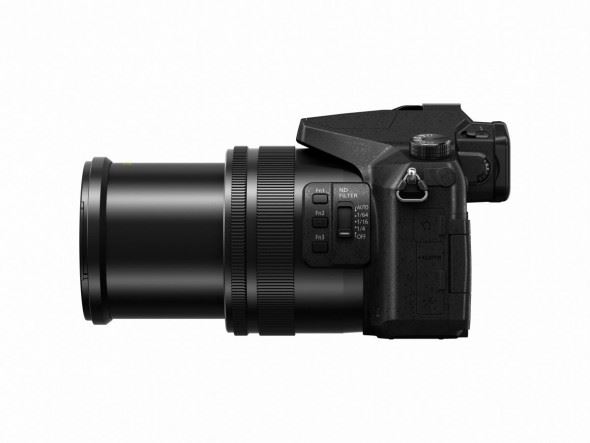