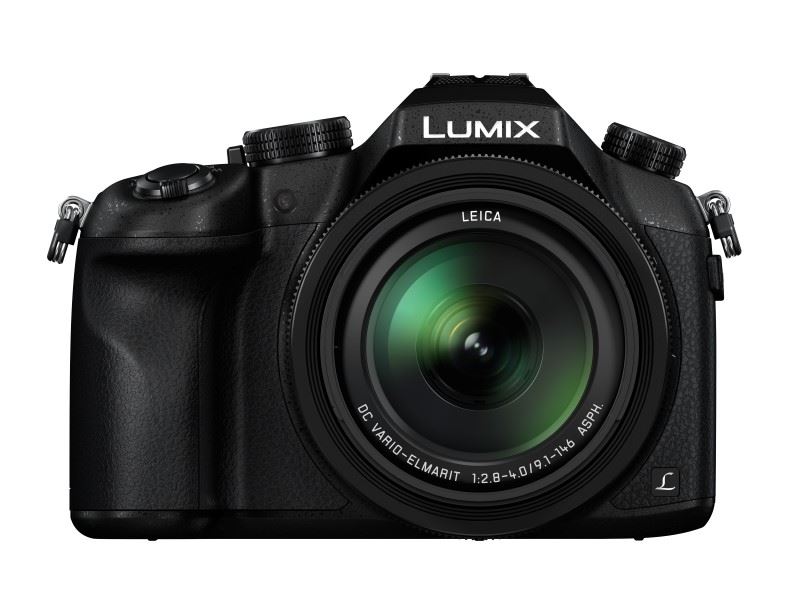 Aimed at the outdoor enthusiast, the Panasonic FZ1000 offers the same 4K video recording option as its Lumix GH4 Compact System Camera. This can record footage at up to 30fps and is complemented by a full HD video option which is capable of 60/50p video recording.

The more adventurous user will be pleased to learn that the camera is capable of capturing footage at 100fps for the purpose of creating slow-motion footage, while further options for creating stop-motion and timelapse footage are also included. The model also supports external microphones for those wanting an alternative to the camera’s built-in microphones.

The FZ1000 is based around an optic which spans a focal range equivalent to 25-400mm in 35mm terms and that includes a 5-axis Hybrid O.I.S. system for image stability. This is said to correct for both shifting and rotation across the vertical and horizontal axes in addition to rotation around the optical axis.

Enthusiasts will be pleased to learn that Panasonic has equipped the model with a 1in sensor – significantly larger than those usually seen inside such compacts. This is the same size as those used inside Nikon’s 1 system models as well as the recent Sony RX100 III and Sony RX10. This sensor works with a newly developed Venus processing engine, with the standard maximum ISO of 12,800 able to be expended to a setting equivalent to ISO 25,600. 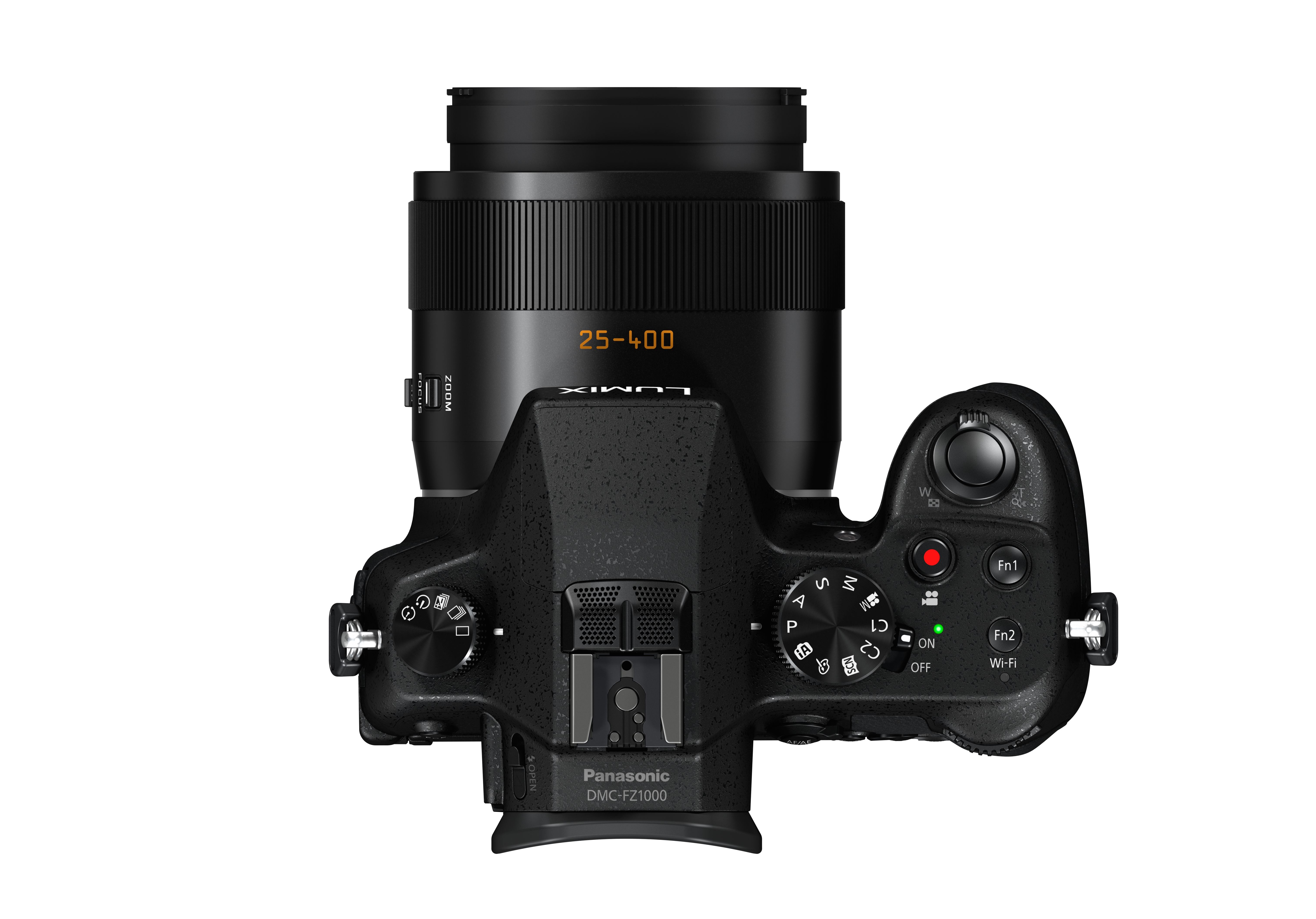 Panasonic has called upon the same Depth From Defocus (DFD) technology used for the GH4 to achieve focus faster than conventional contrast-detect systems. This uses information from out-of-focus areas to rapidly determine an approximate point of focus before contrast-detect AF is employed to fine tune it.

In contrast to AF systems on previous FZ models, the FZ1000 now offers an expanded 49-area pattern in addition to a range of new AF options. Focus peaking is on hand to assist the user when manually focusing the lens, while the zebra pattern option may also be selected to help determine correct exposure.

Another feature inherited from the Panasonic GH4 is the camera’s OLED viewfinder. This offers a 0.7x magnification and resolves details with 2359k dots, and is joined by a vari-angle LCD screen on the rear with a 921k-dot resolution.

As is fast becoming standard on compact cameras, the camera offers Wi-Fi for wireless image transmission and remote control over functionality from a tablet or smartphone, while NFC functionality has also been included for ease of image sharing between devices.

As expected on a camera of this level, the FZ1000 can capture image in a choice of Raw and JPEG formats, with the former able to be processed in camera by the user. Other notable features include a 12fps burst mode (at full resolution) and the option to capture images at a maximum shutter speed of 1/4000sec (at f/4), as well as a level gauge to assist with composition.