Panasonic has hit us with a whole host of announcements, including a new L-mount camera and the firmware update LUMIX S1 users have been waiting for 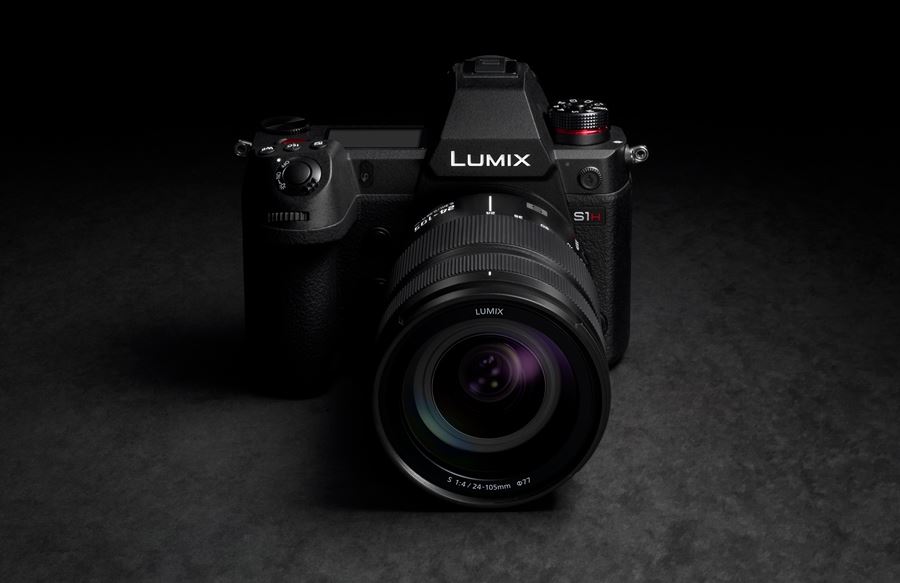 The twins are actually triplets. That’s right, Panasonic has just made an exciting pre-development announcement for a new full-frame L-mount camera dubbed the LUMIX S1H. “Give us specs!” I hear you yell. Well, unfortunately for us and you, Panasonic isn’t giving too much away at this stage...

We do know that the camera will be even more video-focused than the LUMIX S1 and the available specs certainly speak for themselves: It will be the world’s first camera (of this type) capable of shooting 6K 24p (3:2 ratio) and 5.9K 30p (16:9 ratio), along with 10-bit 30p 4K/C4K internally and the ability to shoot 10-bit 60p out to an external recorder via HDMI.

This comprehensive selection of UHD resolutions means the camera can accommodate various recording formats, including a 4:3 anamorphic mode to meet the needs of filmmakers looking to shoot cinematic imagery on a low budget. It isn’t clear what the S1H’s high-framerate modes will be, but with the GH5S already offering clean, detailed slow-motion up to 240fps in HD, we’d expect something similar from the S1H – especially as Panasonic’s VariCam DNA seems to run through so many of Panasonic’s mirrorless models.

We do know that the S1H will use the same great colour science as the Cinema VariCam range, so V-Log footage recorded from that line-up (or V-Log L footage recorded by the GH5/GH5s) will be compatible with V-Log footage from the S1H. This will make it easy to slot this body into your existing professional setup – any owners of the EVA1 or VariCam LT looking for that perfect B-camera, take note! The S1H will also feature V-Log/V-Gamut and have a wide dynamic range of over 14 stops.

The LUMIX S1H is being developed to make use of the vast expertise and technologies already present in the Panasonic cinema range. It will especially make use of the heat dissipation and digital signal processing technology in order to provide non-stop recording in every single recording mode available.

The only other piece of information we have right now, is that the S1H will hopefully be making an appearance during autumn. That’s about it, Panasonic is teasing us with this one, but we’re sure more information will come to light over the next few months so keep checking back.

Want to stay right up to date on LUMIX S1H news? Click to register your interest.

The S1H is certainly exciting news, but filmmakers and photographers who are interested in a hybrid camera system have their own reason to be excited. Enter DMW-SFU2, AKA the LUMIX S1 firmware update we’ve been waiting for…

We knew this was coming, but it’s nice to finally have the full spec. The software key is for LUMIX S1 users only – S1R users you already have that meaty megapixel count, don’t get greedy – and provides 14+ stops of V-Log recording, that’s full V-Log, not V-Log L. Users will also benefit from internal recording capabilities of 4:2:2 10-bit 4K MOV 30p/25p, with HDMI output of 4:2:2 10-bit 4K 60p/50p giving the S1 some world firsts within the full-frame stills camera category.

V-Log and V-Gamut will be compatible with the Cinema VariCam look, proving Panasonic really is dedicated to following a system where bodies can be used interchangeably. There is a LUT Display with custom functions and an in-camera LUT application, which enables playback of V-Log during and after recording. There will also be the addition of a WFM (waveform monitor), and by using the Panasonic DMW-XLR1 XLR microphone adapter, high-res 48-kHz/24-bit or 96-kHz/24-bit sound can be recorded in MOV.

A tale of two teleconverters

The best thing about a new system is that manufacturers have to bolster it with new equipment. And indeed, Panasonic has announced two teleconverters for the S system, in the form of the 1.4x DMW-STC14 and 2x DMW-STC20. Both will be compatible with the LUMIX S PRO 70-200mm f/4 OIS lens, and both will be dust and splash resistant, while also being able to operate down to -10°C. If that wasn’t enough, they’ll also be compatible with the upcoming S 70-200mm f/2.8 lens, which will come to the market later this year. The teleconverters will be available from June – so basically now!

The final product from Panasonic’s plethora of releases proves that the tech giant has certainly not forgotten its Micro Four Thirds range. The Leica Vario-Summilux 10-25mm f/1.7 ASPH lens boasts an exceedingly quick constant aperture and looks set to deliver a tack-sharp optical performance too. Of the 17 internal elements the lens features three aspherical lenses and four extra-low-dispersion lenses, helping to minimise any effects of axial chromatic aberration, spherical aberration, aberration of magnification and distortion.

The 10-25mm should also prove an ideal companion for video users. The high-speed, high-precision autofocusing makes it compatible with even 240fps high-speed sensors, while the new inner focus drive system is designed to provide silent operation. The aperture is what many people refer to as ‘clickless’, so it makes no noise. However, it is also stepless to provide a smooth transition between f stops, perfect for shooting video. The lens will adopt a focus clutch mechanism too, which will enable users to quickly switch between AF/MF, while aiming to make manual focusing as accurate as possible.

A rugged design means the lens is dust and splash resistant, and able to withstanding temperatures down to -10°C. We’re expecting smooth, rounded bokeh – thanks to the lens’ nine aperture blades – and with all the ingredients to produce stunning optical quality and that constant, fast f/1.7 aperture, this lens is certainly set to turn the heads of both stills and video Micro Four Thirds shooters alike.