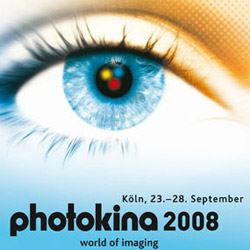 In the run-up to the much anticipated and now almost in touching distance Photokina World of Imaging Trade Show, we at Wex Photographic thought it was about time to give our loyal customers a place to visit to find out everything they need to know about what’s hot and what’s not at the greatest imaging show on earth. So here is it. WEXblog will bring you the latest news and gossip live from the show floor at Photokina, so bookmark this page now to make sure you don’t miss out!

Photokina started almost 60 years ago on 6th May 1950 and this years’ show marks the thirtieth show. With the unravelling of time and the growth both in size and technological development of the photographic industry, the Photokina World of Imaging Trade Show has become the place that the major manufacturers announce some of their biggest and most significant new products. As always, Photokina is being held at the Cologne Exhibition Centre in Germany and if the last show in 2006 is anything to go by, we can expect to see a great number of exhibitors and a truly massive number of visitors. In 2006, almost 1,600 exhibitors and an impressive 162,492 visitors, swarmed over the 230,000m² of exhibition space.

Harald Horn, Chairman of the Photographic Industry Association, commented on the last show: “Photokina helps the photographic and imaging industry to break into new segments. It drives market growth and has certainly lived up to its slogan of ‘imaging is more’.”

In 2006, the Northern Halls replaced the previous Rhineside Halls, and through the new, state-of-the-art, bigger and better doors, flocked the thousands of visitors, eager to see what the industry had to offer. In a move to keep Photokina aligned with the ever-evolving digital market, the show was restructured from the division between Consumer Imaging and Professional Imaging seen in previous years, to a route that reflected the imaging workflow. This change was rapturously received and will be kept for the 2008 show. From the capture of an image, to storing it, processing it and finally presenting it, Photokina directs its visitors through this process, revealing the new products and advances along the way.

The excitement in the air as the show approaches is palpable. Manufacturers have tightened up their already strict embargo rules for maximum ‘shock and awe’ and a steady stream of new releases began as far ago as the beginning of August.

Two of the biggest launches so far have unsurprisingly come from the top players in the game, Canon and Nikon. On 26th August 2008, Canon announced the new Canon EOS 50D which took to the stage with a resounding bang. Not to be outdone, Nikon followed suit very quickly, delivering the Nikon D90, the first DSLR to offer movie capability, just a day later on 27th August 2008.

Samsung have also created ripples in their latest compact camera range, with the NV100HD. With 14.9 megapixels and such an affordable price point, the Samsung NV100HD truly packs a punch.

Rumours are rife and speculation is high regarding what the next few weeks may offer, but rest assured in the knowledge that you can catch it all here, at WEXblog.