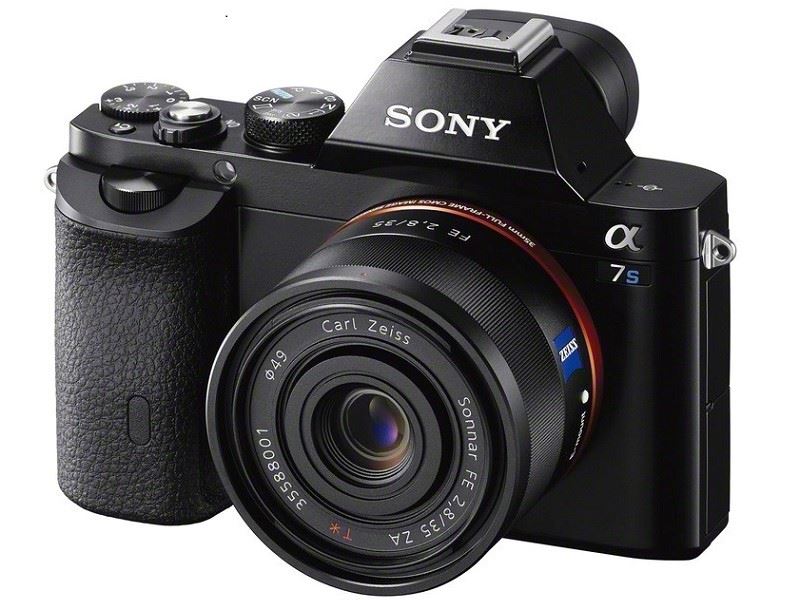 Sony has added a third full-frame model to its Alpha series of mirrorless cameras, the Sony A7s.

The Sony A7s follows the A7 and A7r announced last year, and employs the same E mount as those models, although it features a newly developed 12.2MP sensor in place of the 24.3MP one used previously.

Presumably due to this lower sensor resolution, Sony has broadened the camera’s sensitivity range over those of its two forebears. When recording still images, the camera can have its standard ISO 100-102,400 range adjusted to ISO 50 and 409,600 equivalents, while the latter option is also available during movie recording. Movies themselves can only be recorded in full HD, although the camera is capable of 4K video output through its HDMI port.

Sony also claims the A7s is the first camera to use the entire width of the sensor for the purpose of 4K video, without cropping or skipping lines. Sony claims this itself results in better quality video without aliasing and false colour artefacts.

The camera is driven by the same BIONZ X processing engine as the A7 and A7r, although Sony claims to have developed a new on-sensor technology to optimise dynamic range across the camera’s sensitivity range.

Sony has also announced that it is developing a 28-135mm f/4 lens specifically intended for video recording. Although there are few details at present, Sony has said that it will be based on the same Power Zoom technology as its Sony E 16-50mm f/3.5-5.6 OSS and Sony 18-200mm f/3.5-6.3 OSS optics, which allows the zoom to be regulated via a switch on its barrel for the benefit of visual stability while recording.

Details regarding availability and pricing are yet to be confirmed.