The much-anticipated launch of the new Sony NEX series has arrived! NEX stands for New E-Mount Experience, making them a different breed of cameras to both Micro Four Thirds and Digital SLR cameras. The Sony Alpha NEX cameras have an APS-C sensor and as of Sony research on the 11th May 2010, they are the world's smallest interchangeable lens cameras, with a full size APS HD CMOS sensor and 14.2 megapixels, as well as Sweep Panorama with 3D compatibility. 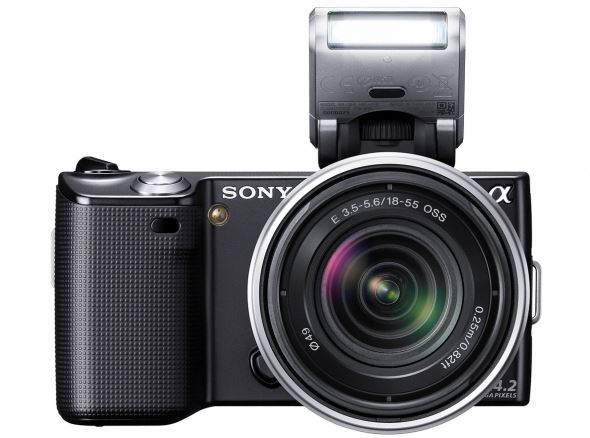 So, what are the USPs of these two models?

The two new NEX cameras are slimline models designed to be easy to carry around, in the style of a traditional "compact" camera, yet they have the capability of Digital SLRs. The cameras are 'mirrorless', making the NEX-5 only 24.2mm wide. The NEX-5 also features a tough yet lightweight magnesium body - super sleek and super light.

Both the NEX-3 and NEX-5 come with Auto HDR and Sweep Panorama. Auto HDR means that, like on the Sony Alpha 550, the cameras will shoot a high-speed burst of three images at different exposure values that are then electronically combined in-camera. Thus, you get a single High Dynamic Range photo with extended highlight and shadow detail. Sweep Panorama is a new feature for Sony and can be utilised by simply pressing the button and sweeping the camera either side-to-side or up and down. The camera takes a high-speed burst of frames that are stitched together automatically to create a detail packed 23 megapixel panoram shot with a 226 degree effective angle of view***.

A super-compact clip-on flash can be attached via the smart accessory terminal on the camera - both cameras are supplied with this. The flash gives a little boost of extra light when shooting in low-light situations.

New lenses for the NEX series

Three lenses have been announced in conjunction with the launch of the NEX series, a 16mm pancake lens, an 18-55mm zoom lens and, for the NEX-5 only, an 18-200mm zoom lens.

The 16mm pancake lens is a low-profile lens that keeps the profile of the camera small when out and about. Ideal for everyday situations, it's a lovely little lens that will produce some great shots.

The 18-55mm lens is ideal if you are going slightly further afield. Perfectly matched to the body of these cameras, the 18-55mm lens will take you closer and deliver clean, crisp images with its in-lens SteadyShot image stabilisation.

Both these lenses are available with the NEX-3 and NEX-5 either separately or as a double lens kit.

Additionally, there is a 18-200mm zoom lens for use with the NEX-5. With a powerful 11x magnification range and the Optical SteadyShot image stabilisation with Active Mode at wide angle for extra help when shooting steady movies. 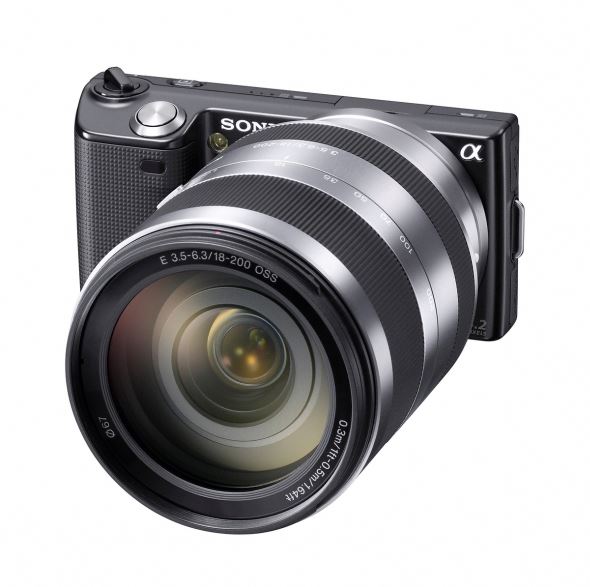 * As of May 11, Sony research. Among the interchangeable-lens camera bodies.
** Via firmware update available summer 2010.
*** At maximum with E 16mm F/2.8 lens in wide mode setting.