Ever since the release of the A7R Mark III, we’ve been eagerly awaiting a successor to the popular A7 Mark II. Today, Sony has finally revealed the A7 Mark III 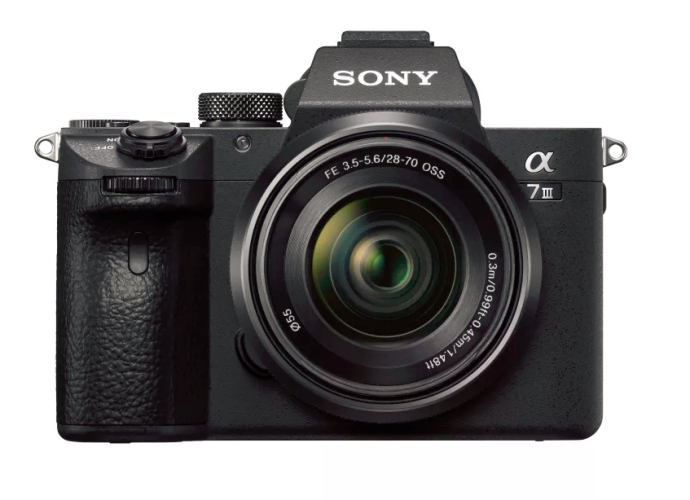 Since the original A7 and A7R were announced in 2013, Sony has been prolific in its launch of new, full-frame, E-mount cameras. No fewer than eight devices have been unveiled over the past five years, covering a variety of specialisms, from low light and video performance in the A7S (and A7S Mark II) to sports and wildlife photography in the flagship A9. During this period, Sony’s full-frame market share has continued to grow, and the A7 and its 2014 replacement, the A7 Mark II, have remained the series’ most affordable — and arguably best balanced — devices. But with the Sony A7R now on its fourth generation, we’ve been anticipating an update of the enthusiast-aimed A7 and it’s finally here. Today, Sony has announced the A7 Mark III.

At Sony’s press event in Las Vegas, the A7 Mark III was referred to as: “The Basic Model”. This clearly defines the camera’s position within Sony’s full-frame mirrorless line-up, but the company made it very clear that the A7 Mark III is designed to set a new benchmark for entry into full-frame mirrorless cameras. The device is built around a new full-frame 24.2MP back-illuminated Exmor R CMOS image sensor, with Evolved Image Processing. It boasts an ISO range of 100-51200 (an expandable ISO of 50-204800 for stills) and features 15-stops of dynamic range at low sensitivities. In addition, 5-axis optical in-body image stabilisation allows for five-step shutter-speed advantage.

The A7 Mark III’s AF system contains 693 phase-detection AF points (covering 93% of an image), 425 contrast AF points, and of course, Sony’s coveted Eye AF mode. Whether you're using the mechanical shutter or utilising silent shooting, the camera is capable of 10fps continuous shooting and full AF/auto exposure tracking for up to 177 JPEG images, 89 compressed RAW images and 40 RAW images — 8fps continuous shooting can be achieved in live preview mode. The A7 Mark III might not be designed to compete at the very top of the full-frame mirrorless range, but it batters even the most expensive competition with the longest rated battery life of any mirrorless camera. Utilising Sony's Z series NP-ZF100 battery, you can expect to enjoy 710 shots before needing to charge or swap cartridges.

For videographers, the A7 Mark III is capable of 4K (3840x2160px) video recording across the entire width of its image sensor. Full pixel readout (no pixel binning) can be achieved in video mode, collecting around 2.4x the data needed for 4K movies. The camera supports S-Log2 and S-Log3, alongside Gamma Display Assist, Proxy Recording and the Zebra pattern function. Full HD video can be recorded at 120 fps (100 Mbps). The dust- and moisture-resistant device has received a number of upgrades that look set to enhance usability and workflow. A dual SD card slot provides various storage options including the capture of separate RAW and JPEG files, and one of the slots supports UHS-II type SD cards. Alongside Wi-Fi, the A7 Mark III has a SuperSpeed USB, USB Type-C terminal for faster image transfer during tethered shooting.

The A7 Mark III is expected to ship around March and is currently available body only or with the FE 28-70mm f/3.5-5.6 OSS lens.