Sony launch the A77 & we get a hands-on preview!

In 2010, Sony launched a new breed of cameras with their innovative Translucent Mirror Technology to mixed reviews. Just 12 months later, they have announced the long-awaited successor to the popular A700 model: the Sony Alpha A77. 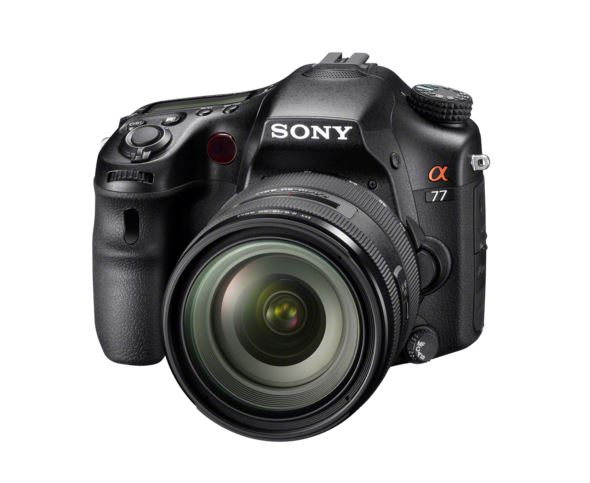 The Sony Alpha A77 SLT Camera

The latest SLT from Sony has a raft of exciting new features - one of the first you'll notice is the whopping 24.3 megapixel APS-C CMOS sensor, promising exceptional detail as well as brilliant contrast and colour. Complementing this, the A77 comes equipped with a high-resolution electronic viewfinder (aka the Tru-Finder™) in a rugged, weather-sealed magnesium alloy body. 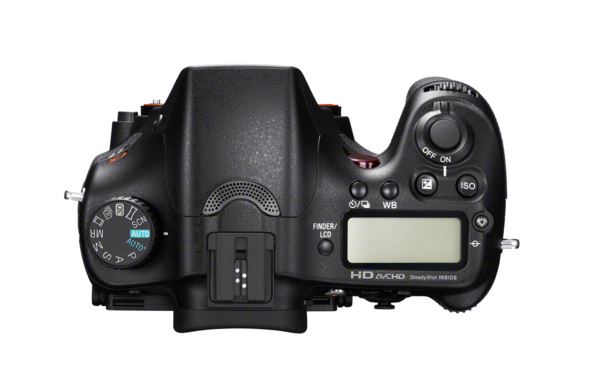 Top view of the Sony A77 SLT Camera

Another big tick for the Sony A77 is its capability to capture full-resolution images with phase-detection AF at up to 12 fps, the world's fastest continous burst shooting* - confirming that this new camera is firm competition in the serious enthusiast line-up. Other highlights from the new Alpha include 19 autofocus points (with 11 cross sensors), a brand new super-flexible articulating LCD screen design, full 1080p HD movie recording capability and on-board GPS tagging of stills and video. 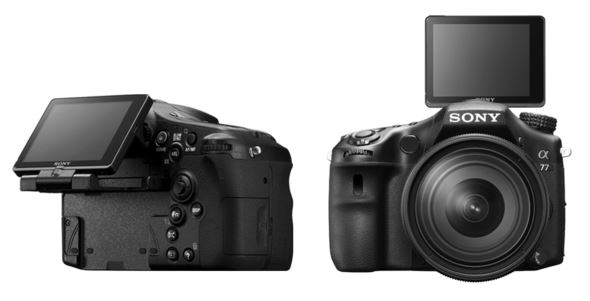 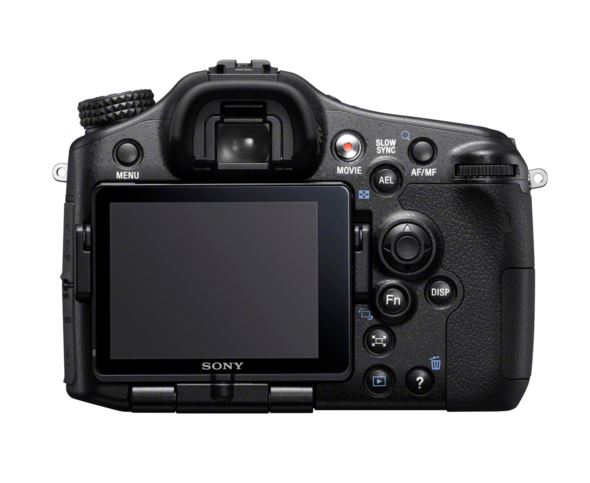 Rear view of the Sony Alpha A77

I was lucky enough to have some hands-on time with the A77 last week, so I took off on a quick London walkabout to get a feel for this exciting new camera...

I'm not a current Sony user but I found the A77 intuitive and straight-forward to use, with the buttons on the rear and top of the camera well laid out. The main joystick-style button for navigating through the menu was also a breeze and I actually prefer it to the 4-way button I normally use on my Canon DSLR. At 653g (body only) the A77 is quite light compared to other cameras in the market at this level. The magnesium alloy body still makes it feel extremely solid in the hand though and robust enough to handle a few knocks here and there (of course I didn’t test this, despite the suggestion from one of our followers on Twitter!) 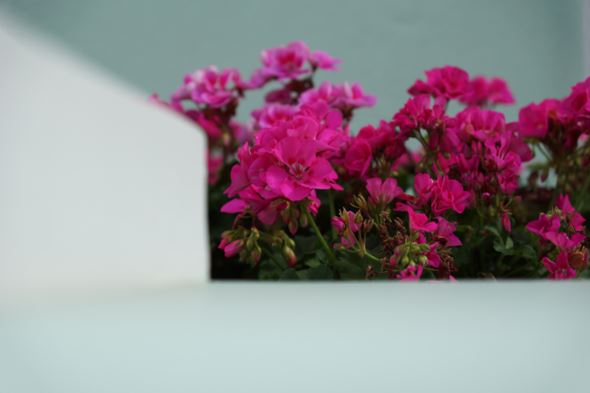 One of the most exciting new features of the A77 is the XGA OLED electronic viewfinder which proudly boasts an unprecedented 2359k dot resolution display and 100% frame coverage. I know there are many people wary of the electronic viewfinder, and to be honest I hadn’t made up my mind about them before getting my hands on the latest Sony Alpha, but I was extremely impressed with how bright and pin sharp the display really was. It does take some getting used to as there is a very slight delay, but taking into account the speedy response time and minimal shutter lag, I did adjust to using it quite quickly and found it wasn’t a hindrance at all. 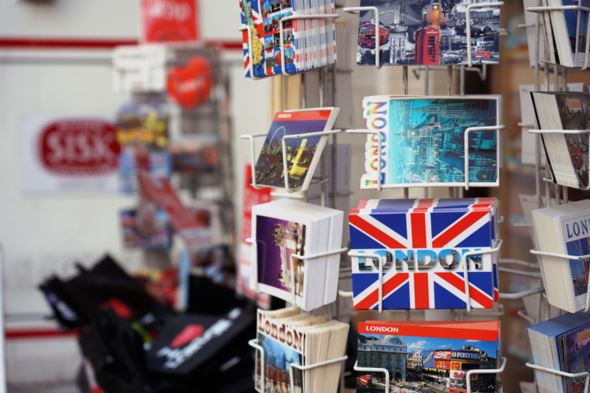 One useful benefit I found is the split second preview you get in the OLED viewfinder after taking a shot, which saves precious time by allowing you to quickly review an image without the need to move the camera away from your eye. The viewfinder also has the option to display the camera's built-in spirit level and coupled with the autofocus points, one of my colleagues commented it looked like a really neat aviation type view (check it out around the 0.50 second mark in the video above - a bit of fun for the geeks among us!)

The Sony A77’s 3-way articulating and rotating LCD screen is another world first in the Sony corner, offering easier high-up and low-down shooting opportunities that don’t require you to crawl across the ground or climb ladders. The easily maneuverable screen was a joy to use and fantastic for shooting around the busy streets of Central London. A quick crouch down and composition of the shot from the flipped-around screen meant I could fire off some low angle images looking up at Marble Arch – without it, I would have had to lie down on the footpath (an unlikely method given the location) or use guess work to compose the image - so it really does open up a world of creative options for those, like myself, who are used to being stuck with a static screen. 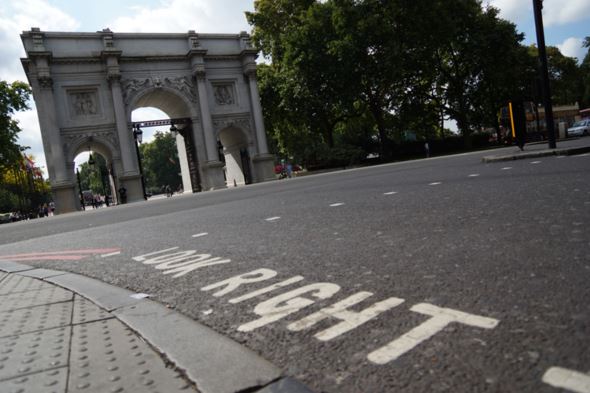 The Sony A77 is designed to hold up well in adverse conditions and as such, it is sealed to guard against dust and moisture. The 16-50mm kit lens is also weather sealed, as are the battery grip and flash unit accessories, adding to the A77’s rugged credentials. Fortunately for me (and much to my surprise) it was a beautiful sunny day in London when I took the camera out, so I wasn’t able to test just how rugged it really is. 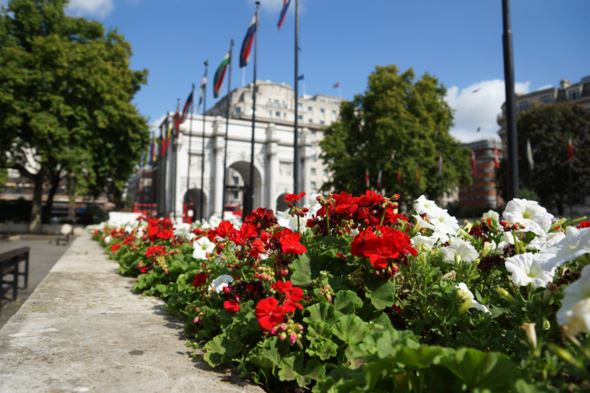 The A77's ultra-high resolution 24.3 megapixel sensor is one of its best features, and probably one of the most compelling reasons to make photographers sit up and take notice. Coupled with its high-speed, low-noise BIONZ processor, robust build and the outstanding electronic viewfinder - the Alpha A77 is an impressive machine that gives other high-spec cameras in this corner of the market a run for their money.

Sony's new flasgship SLT will appeal to a wide range of photographers and I look forward to reading a full review with some thorough testing in the future. Watch this space! 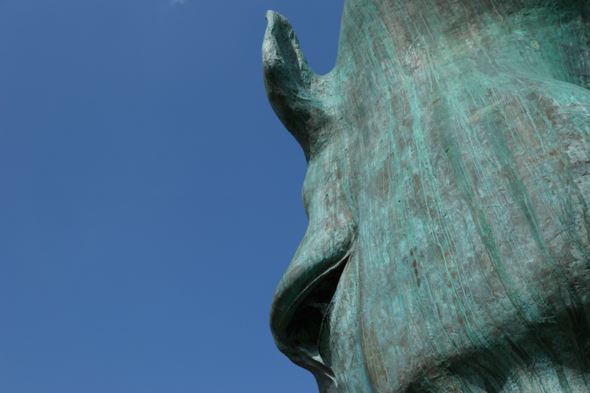