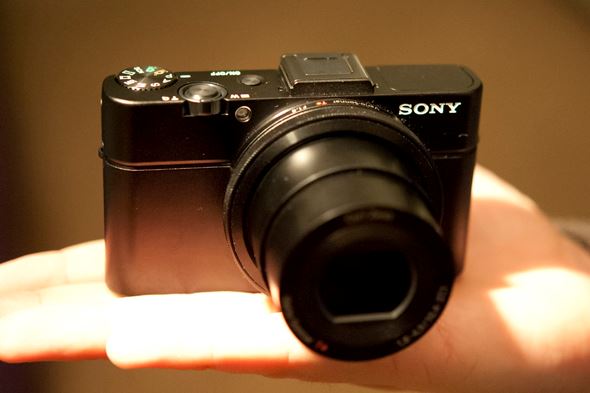 Sony has unveiled a follow up to its acclaimed RX100 compact, the RX100 II.

Key improvements include a revised back-illuminated sensor, an articulated LCD screen and greater control over video functionality. Scroll down for the full details of the new Sony RX100 II and our hands-on preview.

Sony’s RX100 proved to be a smash with enthusiasts looking for a pocketable yet powerful compact, with its large sensor, bright optic and small aluminium body providing a fresh alternative to the likes of Canon’s PowerShot G series. And now, the company has revisited its original concept to create the RX100 II.

The Sony RX100 II builds on the RX100’s successful formula, and it arrives with some interesting changes. The most interesting, perhaps, is its employment of a 1in back-illuminated Exmor R CMOS sensor – a first, according to Sony – which is said to deliver a one EV stop improvement in noise control over the RX100. So, in theory, the kind of results achievable at ISO 3200 on the RX100 should be possible at ISO 6400 on the Sony RX100 II. Presumably because of this, the camera’s sensitivity range has also been broadened from the RX100’s, with a native range of ISO 160-12,800 (in contrast to the RX100’s ISO 125-6400 range), and extension settings down to an equivalent ISO 100. There’s also an ISO 25,600- equivalent option through the Multi Frame Noise Reduction setting as before.

The lens is carried over from the RX100, with a 28-100mm focal range and an aperture of f/1.8-4.9. Sony's Optical SteadyShot technology is also incorporated into the optic to help preserve sharpness at all focal lengths and at slower shutter speeds, with an Optical SteadyShot Active mode on hand for movie shooting.

The lens also maintains the Control Ring from before, which can be used for zooming the lens, or alternatively setting the aperture or shutter speed depending on your preference.

The camera carries the honour of being the first Cyber-shot model to sport Near Field Communication (NFC) technology in addition to Wi-Fi. With this the camera can communicate with other NFC-enabled devices such as smartphones, in order for it to send images wirelessly or even be controlled remotely. And, with One-Touch sharing and One-Touch remote functionality, Sony promises to make connecting wirelessly far easier than on other models.

Sony demonstrated the camera's wireless functionality to us with one of its Experia Z phones. What was particularly impressive was the ease with which the connection was made, taking just a couple of seconds or so, and without the need for any passwords to be entered. This speed is certainly impressive for a pre-production sample, so we imagine it'll be just as good, if not better, on full production units. 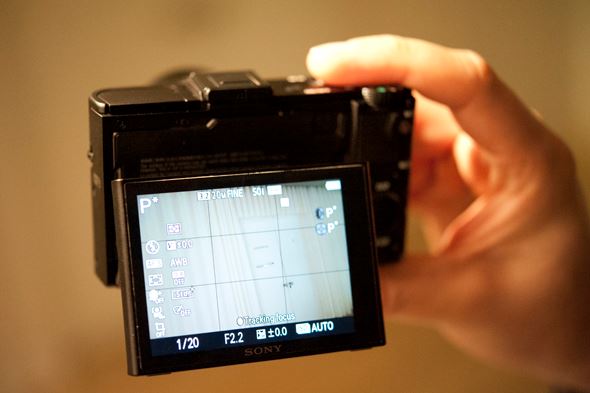 The camera’s WhiteMagic LCD screen maintains the same basic specifications as before – namely, 3in in size and a resolution of 1,229k dots - and so it comes as little surprise that it appears just as impressive as the one found on the RX100, with excellent contrast and fine details showing clearly. Its resolution places it slightly above the 921k-dot screens we're used to seeing on enthusiasts compacts too, with these extra 'white' pixels on board to improve brightness and lower power consumption.

There is, however, one big difference. The display is now mounted on a hinge so that it can be pulled away from the camera and angled up and down, which makes it ideal for low- and high-level shooting. This is a feature we’re seeing regularly on new releases, although in some cases it’s resulted in a much bulkier camera. On the RX100 II, however, the panel on which the display sits is much thinner than expected, and although the camera has bulked up by a few millimeters the difference isn’t significant at all. 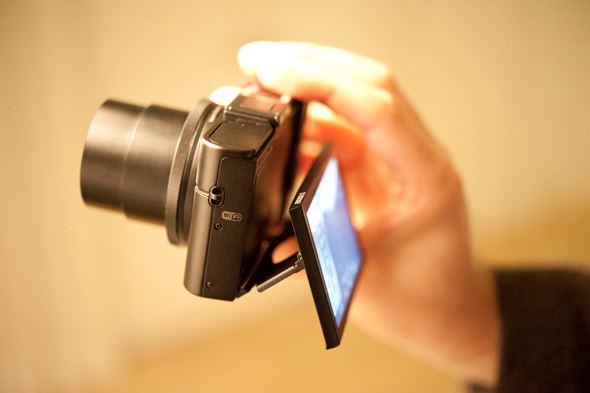 Indeed, the fact that the camera has put on a little weight actually helps with handling. While the RX100’s slim body was great from the perspective of pocketability, there’s a little more to get hold of here and it feels better in the hand. Something which would help even further is a small grip of some sort; although this is absent from the camera itself, Sony will be making a new AG-R1 detachable grip available.

Sony has also equipped the model with its Multi Interface Shoe, previously seen on the Alpha A99, NEX-6 and Cyber-shot RX1 models, to ensure compatibility with external accessories. Yet even with this addition, it still finds space for the same pop-up flash to the side of the top plate that was found on the RX100.

Video functionality has also changed from the RX100. It's now possible to use full PASM exposure controls during movie shooting, and a 24/25p option has been added to the camera's previously-seen 50p mode.

Overall, the Sony RX100 II is a significant upgrade over the previous RX100, and its target user will no doubt welcome the changes the company has made. The articulated LCD screen makes it far more suitable for shooting from awkward angles, while the claims of better noise control will no doubt appeal to those used to shooting in sub-optimum lighting conditions. Interestingly, the model doesn't replace the RX100 as such (Sony has stated that the RX100 will continue in the range), so users will have a choice of the two.

The RX100 II is available to pre-order now via the link below.