The new lightning-fast SanDisk Extreme & Extreme Pro compact flash memory cards are beginning to arrive on the shelves at Wex Photographic, plus the well-known Ultra II and Extreme III CF ranges have received a speed boost! 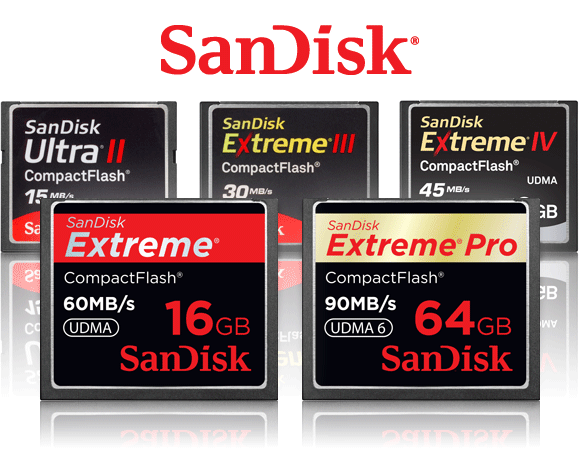 UDMA enabled memory cards are backwards compatible with older cameras, switching back to Programmed Input Output (PIO) mode, but the read & write speeds are reduced significantly. Here’s a quick comparison of the maximum theoretical speeds of each mode:

To take advantage of the transfer speeds UDMA offers you’ll need a compatible camera and UDMA-enabled memory card reader. The SanDisk Extreme Firewire reader is one of the fastest UDMA memory card readers on the market today, supporting UDMA up to mode 4 (66.7MB/s). Hopefully SanDisk will refresh the range eek even more performance out of the Extreme Pro memory cards...

So, what does UDMA translate into for photographers? Extended continuous shooting (camera dependant), increased battery life and faster downloads to your PC or Mac. Sounds good to me!