Wex’s pro video team reflects on what we saw from the major players at IBC 2016. Stuart Dennis reports 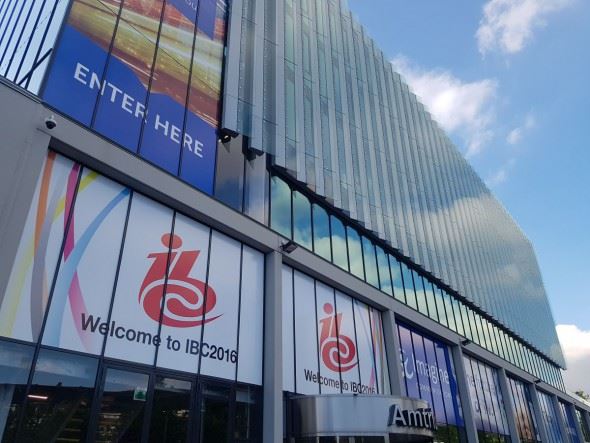 We had a busy few days at IBC 2016 this year, with no shortage of new pro video products announced from some of the biggest names in the industry. Here we run through what we saw, and what we reckon it means for the future of the industry…

Canon’s major announcement this IBC has the Cinema EOS C700, a high-specification 4K cinema camera designed for feature and commercial use. Onboard, the camera shoots to CFast in a variety of codecs: XF-AVC, Pro Res and MPEG-2. However, it’s beyond the onboard recording capabilities where the camera starts to shine.

Shooting 4K RAW with Canon Cinema EOS camcorders has previously meant tethering an external recorder to their C500 or C300 Mark II via 3G-SDI cables. This kind of solution has never been popular with operators at feature/commercial level due to the extra rigging, along with concerns over the reliability of the cable connections and indeed the recorder itself. The C700 takes out the need for messy cabling by having the option of a purpose-built Codex recorder that integrates snugly with the back of the camera body, providing RAW recording up to 120fps in 4K, and all to the most reliable and industry-standard of recording devices.

Panasonic’s upcoming Varicam Pure is a similarly specced Super 35mm 4K beast, and goes a step further in RAW recording integration by building a Codex recorder right into the back end of the camera. The front-end is the essentially the same front as the Varicam 35, which has already proven itself in the television drama sector, neatly segueing from the Varicam line’s previous broadcast pedigree in natural history television. By that token, the frame-rate capabilities have the potential to be useful tools in this sector also. 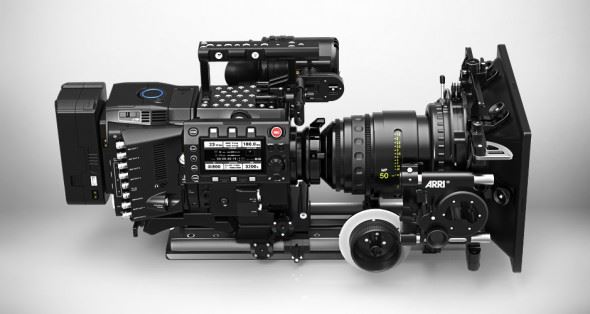 The Canon C700 and Panasonic Varicam Pure represent the pinnacle of 4K digital cinema technology for both manufacturers. However, their success is not guaranteed: the high-end cinema camera market is now very crowded, with the industry standards of Arri Alexa and Red Epic Dragon now firmly established as the go-to cameras for digital cinema acquisition. If we add to this the existing Sony F65/F55 and the soon-to-exist Panavision DXL, then it’s clear that Canon and Panasonic will need to provide compelling reasons for cinematographers to switch over from tried-and-tested Arri/Red/Sony models and workflows.

As always in professional filmmaking, the proof will be in the ease-of-use, reliability and perceived image quality of these potentially exciting new cameras.

One Inch is the New Third Inch

For better or worse (or both), we are heading for a 4K future. As spatial resolution increases, so does the requirement for storage, precision optics and indeed sensor size. With these new requirements we are seeing a new standard in handheld, fixed-lens professional camcorders: the 1” Sensor, which can resolve the resolution and provide adequate low-light sensitivity for ENG, documentary and event shooters requiring good 4K performance from a run ‘n’ gun camcorder. 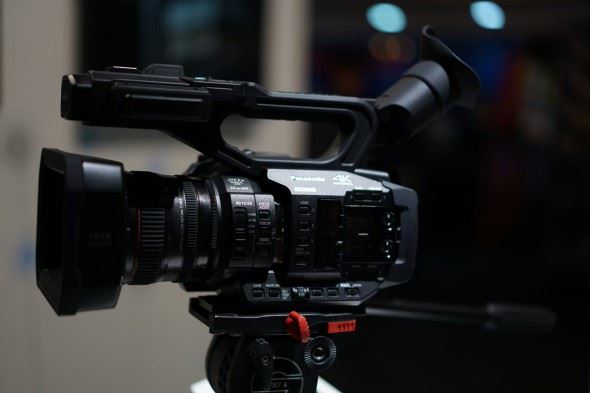 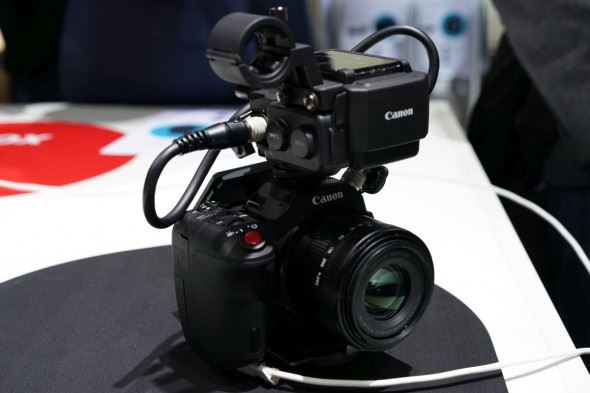 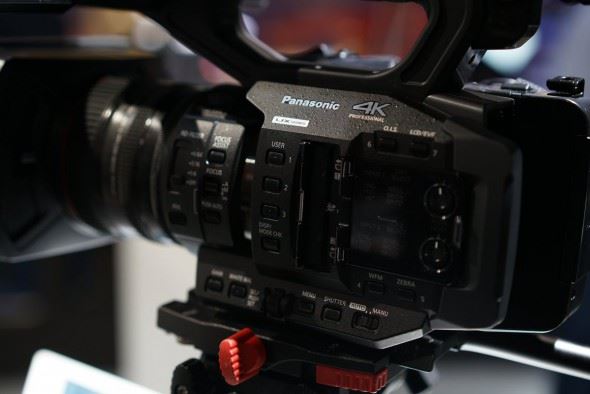 A closer look at Panasonic’s UX-180

The key aspect to take away from all of this year’s IBC camcorders was that 4K is fast becoming a standard rather than a feature. It won’t be long until it’s simply expected.