The new Sony A7C | The smallest, lightest full-frame camera ever made

A new family member in the A7 series?! Read on for everything you need to know about the new Sony A7C 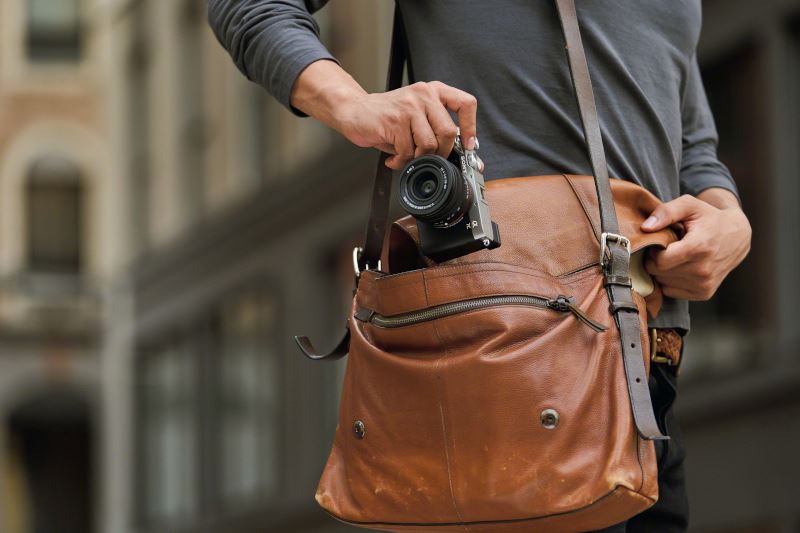 Yes, it’s true: there’s a new Alpha 7 camera on the block. Today we introduce the Sony A7C, the latest member of the full-frame E-mount camera range. It’s the smallest and lightest full-frame camera around right now, weighing only a few grams more than Sony’s APS-C A6600, and it promises to introduce a whole new generation of photographers and videographers to the world of full-frame.

The Sony A7C is built around a full-frame 24.2MP Exmor R back-illuminated sensor, paired with the latest edition of the Bionz X processing engine. It weighs a slender 509g – about 140g less than the A7 III – and measures just 124mm along its longest edge.

This is in part due to the lightweight monocoque construction, new to the Alpha 7 series, which is similar to that used in cars and aircraft, and allows for the camera body to be smaller in size without compromising on strength and durability. The body is resistant to dust and moisture, making it a great choice for outdoor shoots. 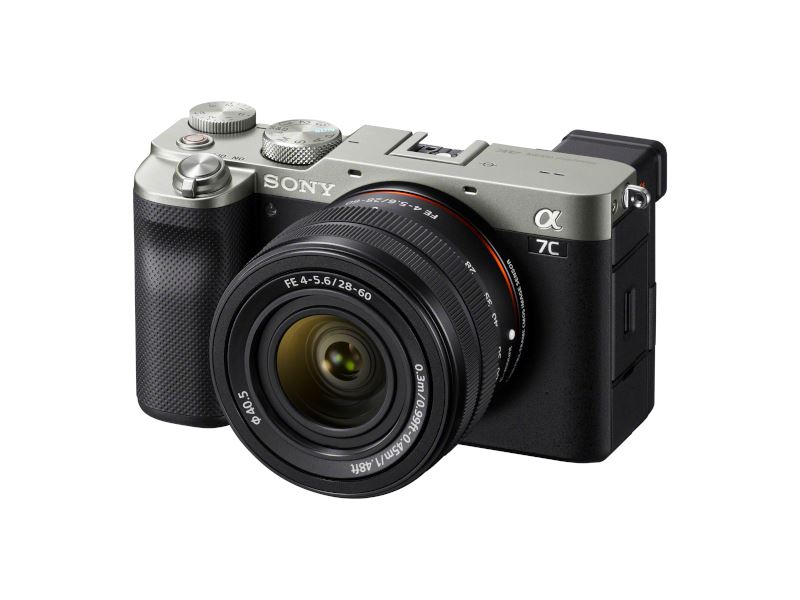 This doesn’t mean Sony has skimped on features. The A7C features a newly developed 5-axis in-body stabilisation system, as well as a new compact shutter unit that adopts an electromagnetic-drive system. The shutter is rated to 200,000 cycles.

Sony is also aiming to set new standards of battery life with this camera – the user can squeeze an impressive 740 images or 215 minutes of footage out of one charge of its Z battery when using the LCD monitor (or 680 images and 220 minutes when using the viewfinder). 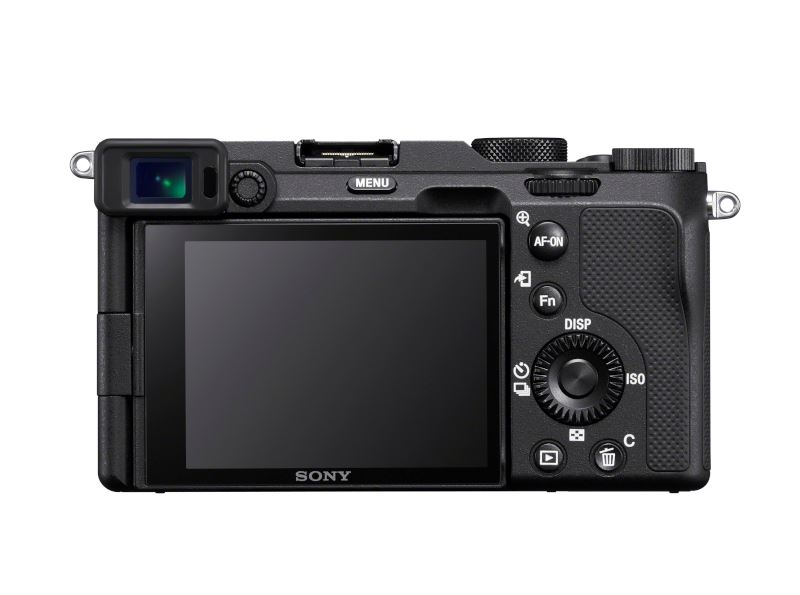 The rear of the A7C

Sony has made a real name for itself with its top-notch autofocus, and the A7C is no exception in this regard. It’s got the famous Eye AF that works on humans and animals alike, as well as wider coverage of AF points, with 693 phase-detection points and 425 contrast-detection points covering 93% of the frame, capable of working down to -4EV. Real-time tracking is also present and correct.

The A7C is no slouch in the speed-shooting department either, capable of an impressive 10fps continuous shooting with AF/AE, and a buffer that can handle up to 115 RAW compressed or 223 JPEGs. 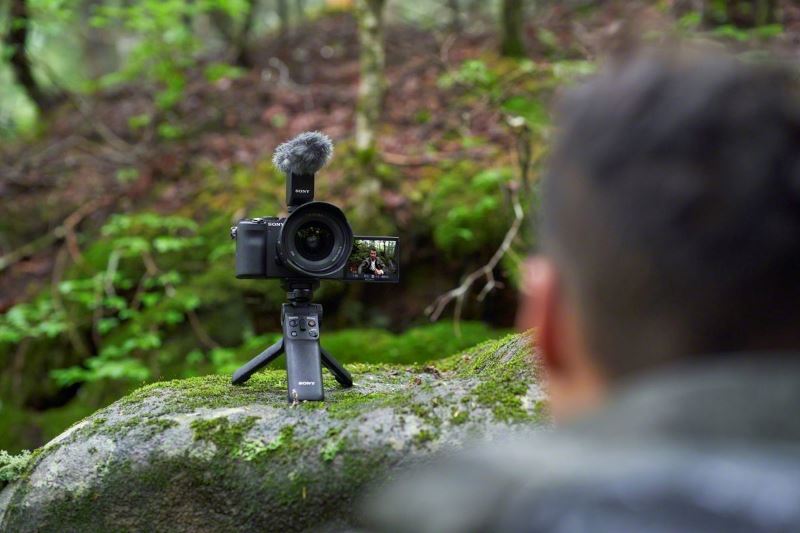 Of course, the A7C is well set up for video

Video-wise, the A7C is thoroughly well-specced. It’s capable of shooting 4K 30p video, and its 4K uses the full width of the sensor (it’s oversampled 6K video). There’s also Full HD video at up to 120fps with no time limit, as well as 8-bit XAVC-S for easy editing, up to 14 stops of dynamic range and the S-Log and HLG colour profiles.

The A7C can be purchased standalone or as part of a kit featuring a brand-new E-mount kit lens, the FE 28-60mm F4-5.6, an extremely high-quality lens designed for full-frame that weighs just 167g.

The Sony A7C is expected to be available in October-November 2020, but you can get your pre-order in right now – head here for everything you need to know.

10 affordable lenses for the Sony A7 III