Top 10 picks from Focus on Imaging

This week I took the annual trip to Birmingham to have a sneak peek at all the manufacturers have to offer at the UK's largest Photography Show – Focus on Imaging. Here's a round up of some of my favourites, in no particular order… 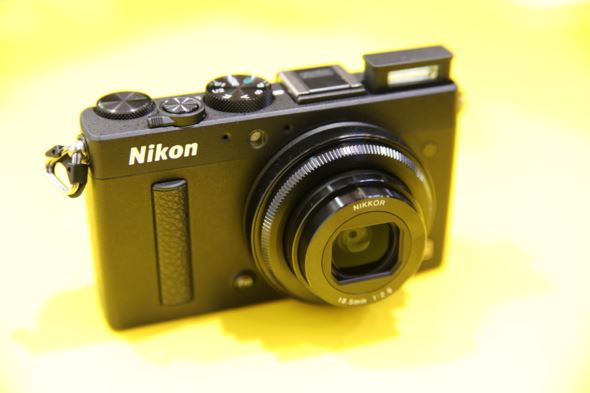 If you waited until Tuesday to visit Focus you may have been lucky enough to catch a glimpse of the new Nikon Coolpix A, the world's smallest camera to feature a DX-format sensor. The 18.5mm f2.8 (28mm equivalent) lens is fantastic. Athough this was a pre-production sample, I had a chance to take a few test shots using the manual focus ring, which, like the rest of the camera, it has a very nice quality feel to it. 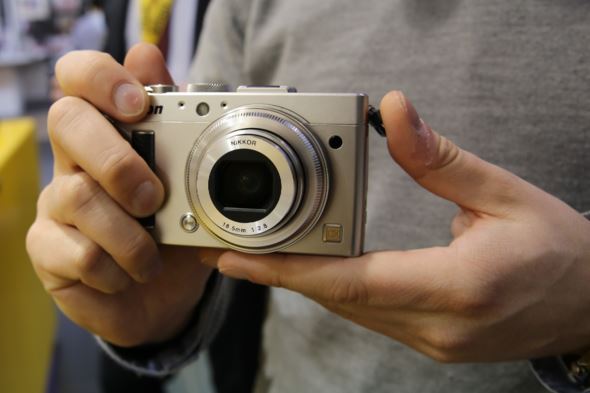 Personally, I really like the silver version and I think the black leather grip on the front looks pretty slick too. This camera has been designed with the serious or professional photographer in mind, with the potential to be an ideal carry everywhere compact that will fit in your pocket but still offer full manual control and DSLR-level image quality. The magnesium alloy top cover is a nice addition and physically, it feels good to hold. The textured dials on the top of the camera have a similarly solid feel to them too. Lastly, to give you an idea on the size of the Coolpix A, here's a side by side shot next to the Nikon 1 S1... 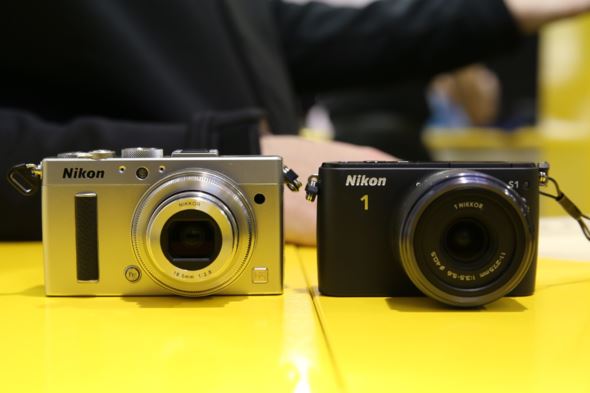 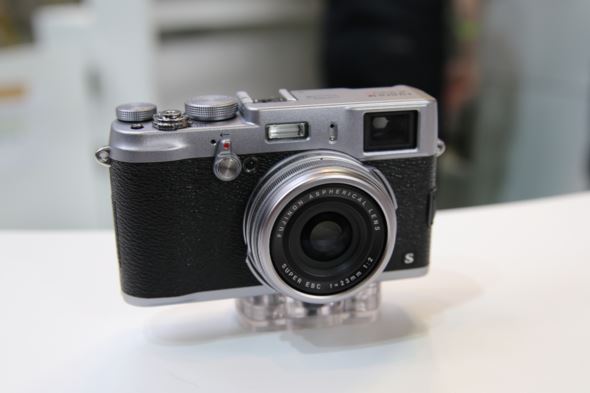 Announced by Fuji back in January, I was excited to finally see the X100s in the flesh for the first time. It has the same great quality feel and build to it as it's predecessor, the ever-popular X100 and with the same retro good looks. One of the main critiques of the original X-series model was the sluggish Autofocus (which admittedly did improve with firmware upgrades further down the line) but even just having a play with this latest model at the show, the AF upgrade does seem like a leap forward for this line - one of a whopping 70 improvements packed into the X100s when compared to the X100. Another is the added Q menu, which seems to be making its way on to the back of many new cameras recently, giving photographers much quicker access to a range of oft-used settings. 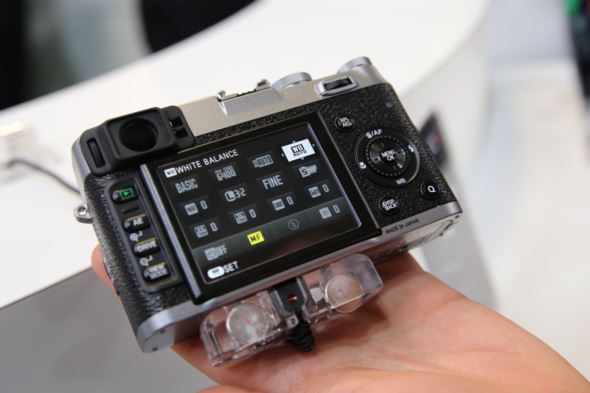 I also got a quick glimpse of the new X20 as well, which looks just as gorgeous as the X100s and I think a few of us at Wex (myself included) were adding the new Fuji X-series cameras to our mental wishlists :) 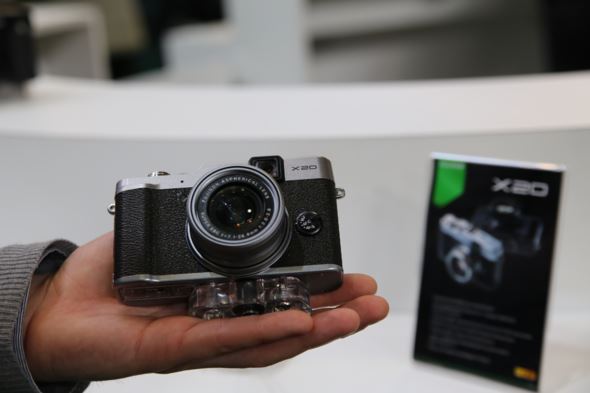 This was my second peek at the new Giottos Silk Road YTL tripods and I still found myself wondering, "Why hasn't anyone thought of this before?" If you're not familiar with this new range, what they've done with the design is something quite revolutionary but very simple - the centre column has a 'Y' shaped construction, which means that when the tripod is packed up it sits much tighter, saving about 30% space. The photo above should hopefully give you an idea and the diagram (below) that I photographed at the stand gives a really clear representation at how this new design works - perfect if you're a travelling photographer and room in your kit bag is at a premium. The Giottos Silk Road range of tripods are available at Wex in both Aluminium and Carbon Fibre options. 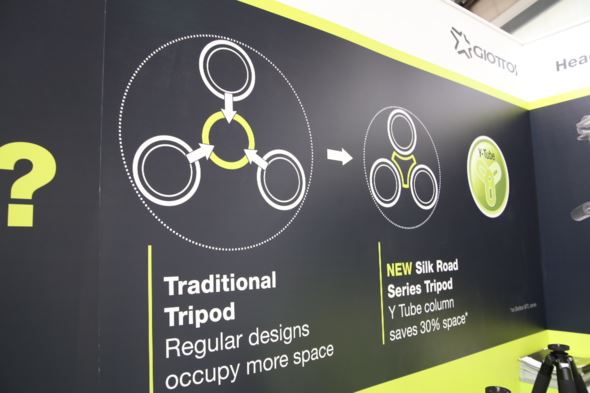 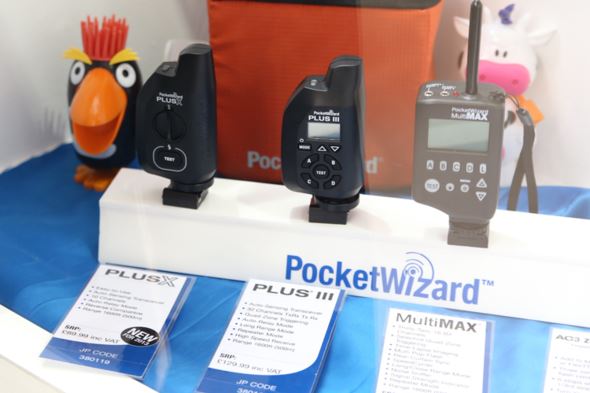 Announced just last week, the PlusX is a basic transceiver that would be a perfect tool for someone just starting out with wireless flash photography. It's incredibly simple to use too - just attach the PlusX to your camera and another PlusX to your remote flash, set them both to the same channel (there's 10 selectable via a simple dial) and you're ready to go. It's compatible with all standard channel PocketWizard transmitters and receivers, so you can continue to expand within the PocketWizard range or use them as a more affordable addition to your existing set-up. 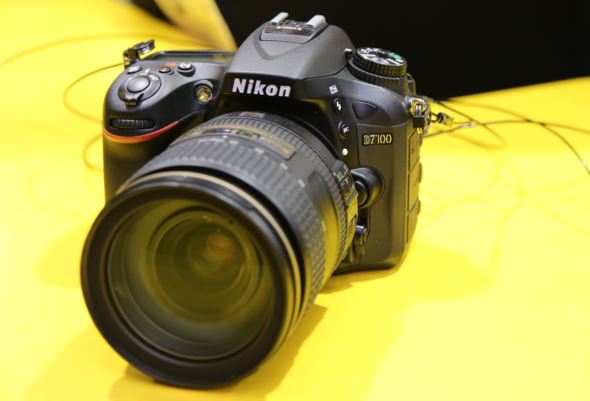 Although I've already had a quick hands-on preview of the D7100 it was great to get another look at Nikon's latest DSLR. Their stand was absolutely packed, and this camera was constantly in the hands of photographers keen to get a look and feel for it. After chatting to a few photographers about it, they were also amazed at how compact and lightweight the D7100 is. I'm really looking forward to seeing the results of some real-world shooting with this camera and definitely in the hands of a wildlife photographer too - watch this space for a review coming soon! 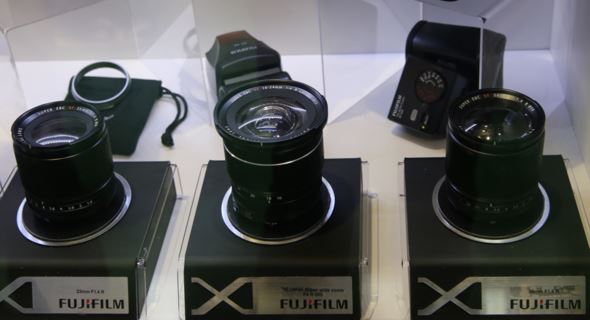 Fuji have been quite open with what's next on the X-series horizon, which I think is a great thing to see. On display at their stand were the next X-mount lenses we can expect to be announced, including a 27mm f/2.8 Pancake Lens, 23mm f/1.4 lens, 10-24mm f/4 super wide zoom lens and a 56mm f/1.4. Which lens are you most looking forward to Fuji announcing? Or is there something you'd like to see that's not here? Let us know in the comments below! 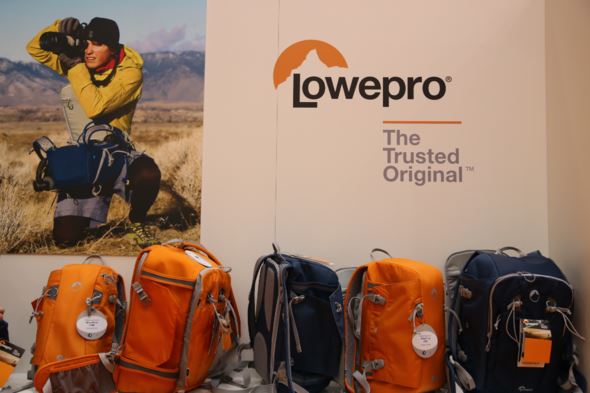 I first saw these new Lowepro bags at Photokina last year but I still enjoyed the chance to check them out again. Personally, I really like the more colourful direction that we're seeing from the recent bag models announced, it's a refreshing change from the usual black options. The Rover Pro Backpacks in particular look really great. If you haven't spotted them yet, they're a rucksack style design with a proper suspension system and waist belt, perfect for outdoors and adventure photographers trekking out to shoot locations. There's a huge range of other features, including two removable modular camera cases with plenty of extra room for a small tent, jacket, and snacks plus plenty of straps on the outside for attaching a sleeping pad, treeking pole or tripod. 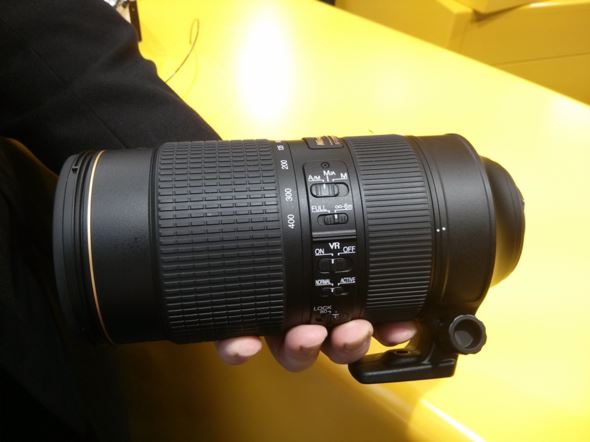 Another surprise announcement during Focus was the long-awaited new Nikon 80-400mm AF-S Nikkor f4.5-5.6G ED VR Lens! We had the chance for a quick hands-on with Nikon's latest full frame lens too and the verdict? Very sharp & quick auto focus. Another one to watch in 2013... 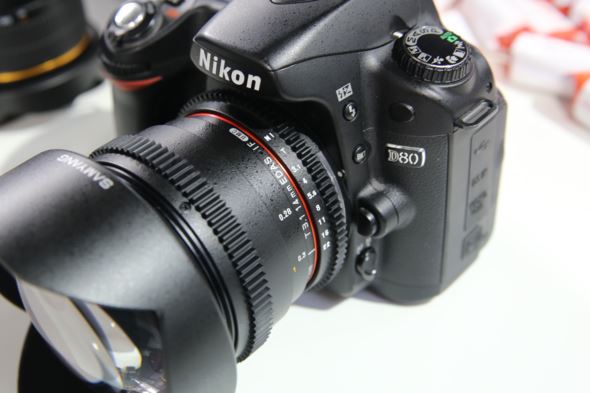 This stand was consistently busy at the show, so if you wanted to get a good luck at the Samyang lenses you had to be there early! Their VDSLR lenses in particular have been really popular and although they are all manual focus only, the relatively affordable prices and attention to detail for cinematographers - including follow focus gearing, T-stop ratings and a silent aperture ring - have meant they've garnered a lot of interest at Focus this year. We'll have more of the Samyang lens range up on the Wex site very soon! 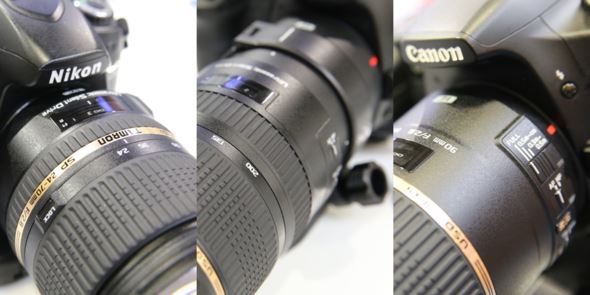 These three new Tamron lenses aren't brand-spanking new. All were announced in the previous 12 months since the last Focus event but still seem to be 'young' enough to be getting lots of buzz and interest at the show this year. The 24-70mm f/2.8 has recently had a glowing review by Mark Stephenson (you can read the review and see some wonderful photos taken with it here), so it was fun to finally pop one on my 6D and have a play with it myself. The 90mm f/2.8 Macro Lens is currently available (and in stock at the time of writing) in Canon fit, with Nikon and Sony fits coming very soon, along with a review too! Lastly, I had a look at the Tamron 70-200mm f/2.8 lens, which was announced towards the end of 2012 with the very exciting (and much anticipated) addition of Vibration Compensation (VC) - in other words, image stabilisation. Will this one be a viable alternative for Canon and Nikon shooters? Having had a quick test at the show, it certainly looks promising and this is another one that will be on our list to review very soon.