We are delighted to announce that we've teamed up with Nikon UK to sponsor local athlete and Olympics archery hopeful Nicky Hunt. Together, wex photographic and Nikon UK have supplied Nicky with an optical scope worthy of a World Champion!

A little about Nicky

Nicky discovered she had a talent for archery by chance when she went along to a local archery club with her brother at the tender age of 11. She saw quick success and represented England by the following year with the modern recurve bow. She went on to represent Great Britain at the World University Games in 2005 and the World Archery Championships in 2006, whilst continuing to study for her physiotherapy degree and once exams were complete, she finally had the chance to train more seriously. After a year she represented Great Britain again, this time with a compound bow, where she won her first individual International Medal at the 2008 European Indoor Championships. 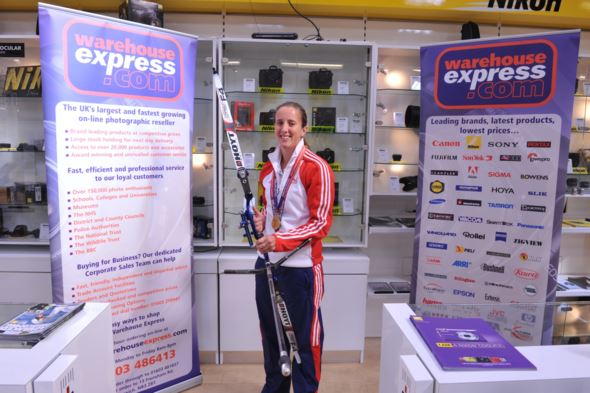 Nicky and her bow at our Norwich Showroom 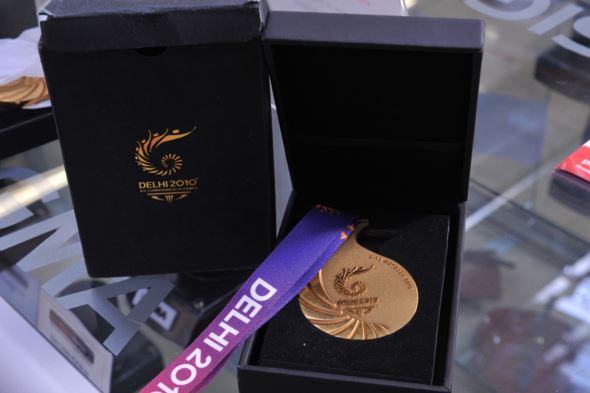 Optical Spotting Scopes, normally associated with the more sedate pastime of bird watching, are an important part of competitive archery. Scopes allow the bowman to view the target in detail and gauge exactly where the arrow lands. Knowing this point of the hit gives them the ability to make minute adjustments to their sights, or to make adjustments of where to aim on the target to account for windy conditions – an intrinsic part of the overall strategy. With the centre of the target, worth the maximum 10 points, only 12.2cm in diameter and the archer poised at 70m away, the human eyesight alone needs a helping hand.

We've set Nicky up with the Nikon RAIII WP 65mm Scope, which has a detachable target sight and coupled with the 16-48x/20-60x Eyepiece it's an ideal partner for her in this sport of accuracy and skill. An alliance of technology and sporting prowess such as this is certainly one enormous leap closer to achieving future medal glory for Nicky. 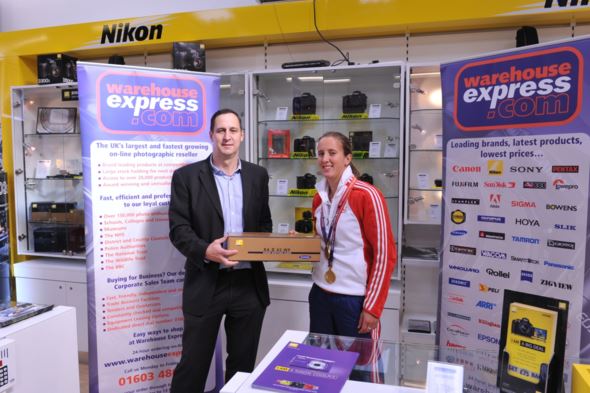 Nicky says of her new ‘partner’...

“Thank you so much for the scope! I've been using it already and it's far better than I've ever had before – lovely and bright.”

Nikon have said about the sponsorship...

“We are delighted to work with wex photographic to help Nicky in her efforts, Good luck Nicky! Everyone at Nikon wishes you the Best of luck!”

Nicky has been accepted onto the Archery GB program and is now training for the London 2012 Olympic Games. Everyone here at wex photographic will be cheering for Nicky and we're looking forward to seeing her in action next year!