ProRes RAW and ProRes RAW HQ were released in April 2018.

Apple released ProRes RAW and ProRes RAW HQ in April, at this year’s NAB Show. Together, they’re the two latest members of a codec family that’s transforming the post-production industry. Back in 2007, when ProRes first hit the scene, editors wanting to work with high-quality imagery had to deal with huge, lossless HD files. ProRes made it possible to work with files that were visually identical but far smaller in size, ensuring smooth video playback. Apple has now, through a very sophisticated compression algorithm, brought that same convenience and streamlined workflow to RAW video. 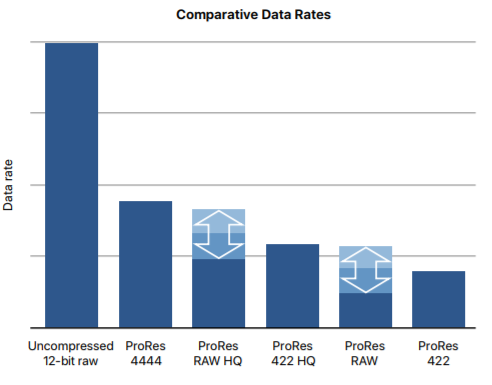 Cameras like the Blackmagic Pocket Cinema Camera and Canon C200 have already put RAW recording – once the preserve of high-end productions – in reach of indie filmmakers. But, the compressed RAW formats that are currently out there, such as Blackmagic’s 4:1 CinemaDNG, not only require vast amounts of data storage but are also proprietary technology. As Apple isn’t a camera manufacturer, the company has the potential to make ProRes RAW an accessible standard across most cameras, external recorders and editing platforms.

What is RAW video?

As mentioned on Apple's ProRes RAW White Paper (April 2018), digital camera sensors consist of millions of elements called photosites, converting light hitting the sensor into an array of digital values. To capture colour, most digital cameras capture a single primary colour value at each photosite using a common arrangement known as the Bayer pattern. As seen in the diagram below, four photosites in a two-by-two group form a pixel and each pixel contains a single blue, a single red and two green photosites.

To deliver a conventional RGB video file, digital cameras decode the Bayer pattern through a process called demosaicing, leaving a viewable video file but dumping colour values and burning a reduced range of colour data into the image.

A RAW codec encodes the Bayer pattern data without any in-camera processing, leaving the demosaicing necessary to view an RGB image for the software application.

Simply put, if you shoot a RAW video file you’re capturing the full dynamic range and colour gamut of the sensor. In turn, this provides you with the most flexibility during post-production when tweaking your image to perfection.

Most professional video cameras today already support recording in log format, treating colourists to a far higher dynamic range when compared to images captured using only a standard video gamma function. So what’s the advantage of ProRes RAW? Well, unlike previous ProRes codecs, ProRes RAW will only match the bit depth outputted by the camera in question (up to 12-bit). A Panasonic VariCam ProRes RAW will be 12-bit and a Panasonic EVA1 ProRes RAW will be 10-bit (the physical limitations of what those cameras can output in RAW) and so on, down to 8-bit recording in-camera.

In reality then, ProRes RAW doesn't offer more than saved data storage and a simplified workflow when compared with traditional RAW codecs. It’s really meant for editors satisfied with the quality and ease of use of ProRes HQ or ProRes 4444, but who need greater flexibility for the control of white balance and colour space.

For me, it’s worth using mainly for scenes with a high contrast in shadows and highlights. In the example below, the subject is partially sheltered from the main light source but correctly exposed – the background has been overexposed to compensate. We’ve become accustomed to seeing this trade-off online, in the cinema and on TV for decades, but with ProRes RAW, it’s possible to bring back the clipped highlights and present an image more in line with what the human eye can see.

To get effective results from ProRes RAW in Final Cut Pro, change the library colour space to ‘Wide Gamut HDR’. 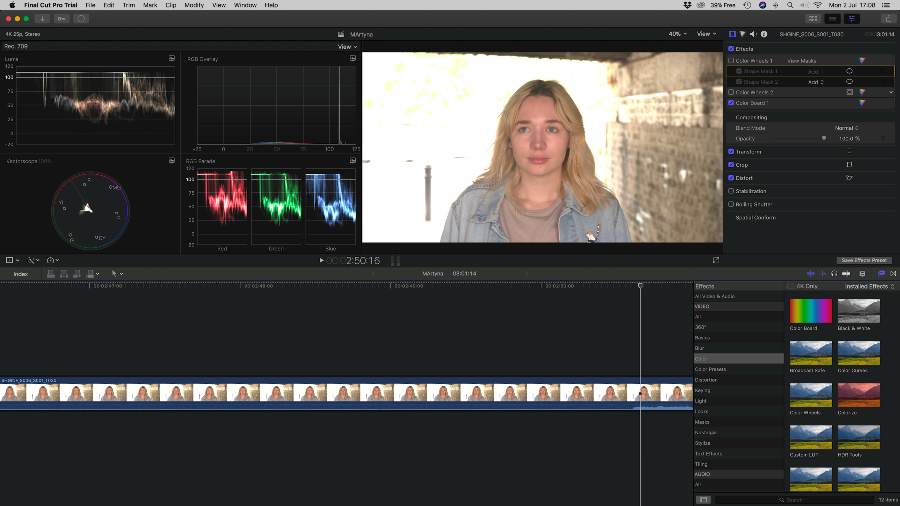 Ungraded footage of the subject exposed correctly, with the background highlights and mid-tones clipped. 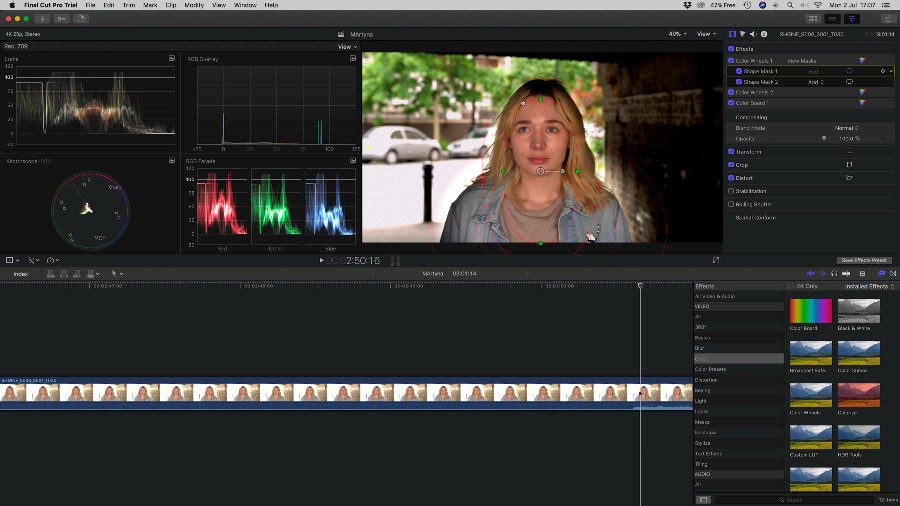 Although there are still blown out highlights in the background, it's possible to correct the ProRes RAW footage in Final Cut Pro’s HDR colour space. The results shown here can also still be exported in Rec.709.

As exciting as this announcement is, ProRes RAW still has a long way to go if it’s to become an industry standard like the rest of the ProRes family. To start with (and at the time of writing) ProRes RAW can only be imported into Final Cut Pro X 10.4.1 and above. Although many expect Apple to sell licenses to Adobe Premiere and DaVinci Resolve – like it did with the older ProRes codecs – it’s still a possibility the technology will be utilised to drive sales of Final Cut Pro. As a result, there is currently a high degree of uncertainty for Windows users and editors more used to other NLE systems. Secondly, the potential of ProRes RAW for colour correction is limited as most screens – both those used at home and the specialist monitors used in editing suites – are still Rec.709 (or SDR).

Although a Rec.2020 (or HDR) acquisition and colour grading workflow exported as a Rec.709 file adds value, a ProRes RAW source file must still, in most cases, be restricted to a dynamic range suitable for viewing on an SDR display. Finally, ProRes RAW is also not available in many cameras yet. Today, the only camera updated to record ProRes RAW internally is the DJI Zenmuse X7, a drone camera.

So, do you think Pro Res RAW is a gamechanger?

Sam Thomson is a London-based camera operator/editor who specialises in producing documentary-style content. You can see more of Sam’s work via his website.