Behind The Shoot: Filming Big Wave Surfers with the LUMIX GH5 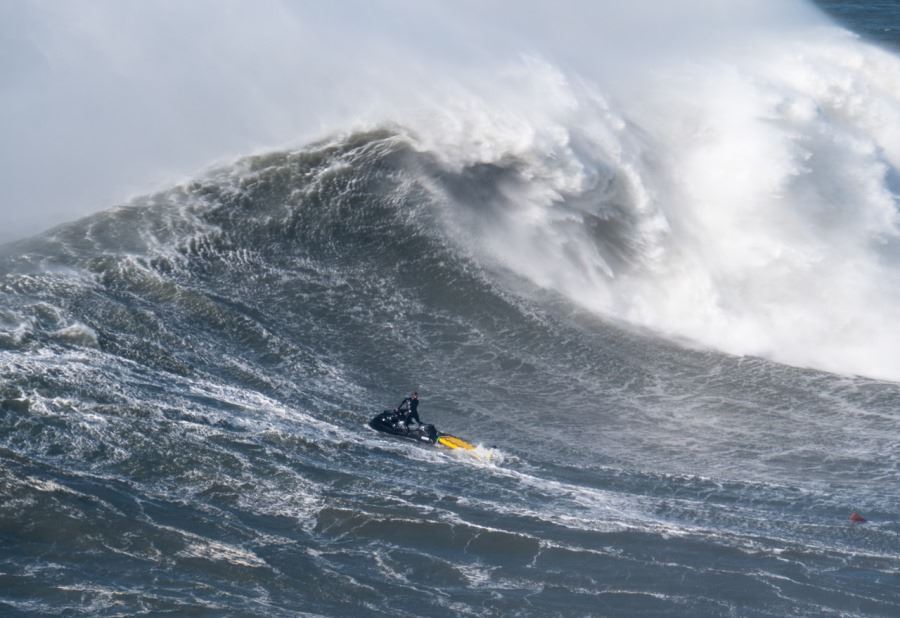 There’s a quiet little town in Portugal that comes to life when a big swell arrives — Nazaré. It’s a place that holds the record for the largest wave ever surfed, at 78 feet. A few years ago, when I was competing as a professional windsurfer in Scotland, I got to know one of the safety personal watercraft operators Andrew Cotton. He was a plumber by trade, but worked as a lifeguard when time permitted. Now, he travels in search of the biggest waves on the planet as a sponsored big wave surfer for Red Bull and was the perfect person to give me the thumbs-up for filming the action in Nazaré.

During the shoot, I should have been in Ireland on a windsurfing trip, but when I found out that a big swell was going to hit Portugal, I gave Andrew a call. He told me it’d be massive… That gave me around 24 hours to gather my gear, book a flight and get to the airport. As a filmmaker, I love fast-paced filming. You need to be prepared for all types of scenarios, and you generally get out what you put into it — I thrive on mad, last-minute dashes like the Nazaré shoot. For the trip, I packed my LUMIX GH5 and lenses, a tripod, audio equipment, drone and an external monitor. I also ensured I had enough batteries and memory cards to last a full day’s shooting.

I wanted to not only just film big waves and surfers in action, but create a story. I didn’t know what would happen during the three days, so I took everything I thought I might need to capture any unfolding narrative. I really wanted to capture the preparations during the build-up to riding the waves. So I headed to the harbour, where I knew they’d be launching the personal watercrafts — something that would form the foundation of the film. These guys were about to put themselves in a serious amount of danger, so the atmosphere was intense. The surfers are a tightknit bunch and train day in, day out, in small teams. During the build-up, you can feel this mixture of excitement, anxiety and confidence. 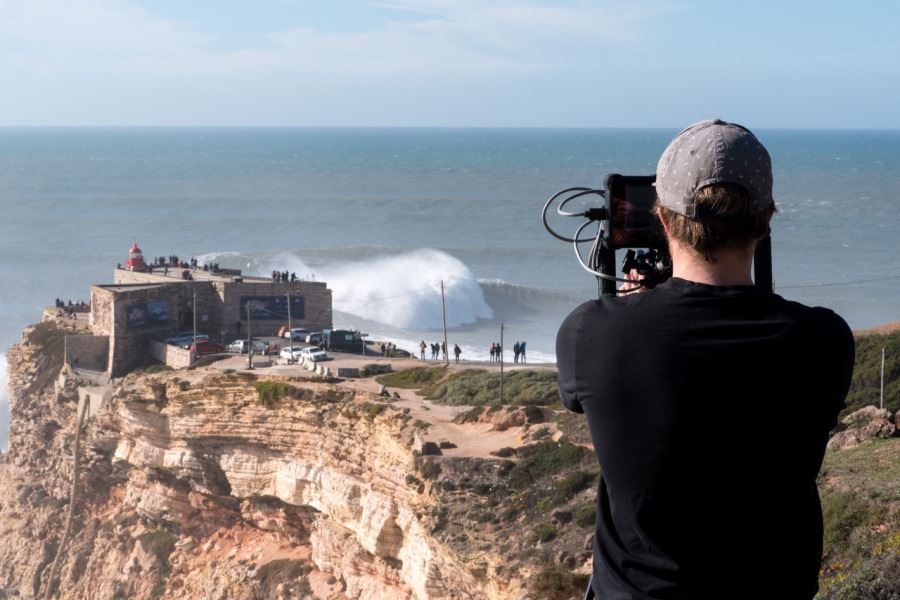 Parking was my first issue. I had more equipment than I could carry and couldn’t park close enough to where I wanted to film. I had to leave my external monitor and just took the camera, tripod and drone. The first port of call was to get the drone airborne, but I was aware of the amount of spray in the air — water and drones don’t mix! I wasn’t happy just flying the drone high and shooting wide, it was important to get close to the action, without risking damage or losing the drone to the sea.

Thankfully, I could use my position to roughly calculate the altitude I needed to fly the drone safely. I was filming from a cliff that was roughly 20m above sea level and wasn’t getting hit by any spray. So, I was confident the drone would be fine, providing I didn’t fly any lower than 20m. I had five batteries that lasted around 10 minutes each, and with two minutes of transitioning time from takeoff, I was inevitably going to miss some of the action; but that’s just one of those things. The shots I did get, however, were looking fantastic and the aerial footage made for a unique point of view, capturing how the surfers navigate the water. 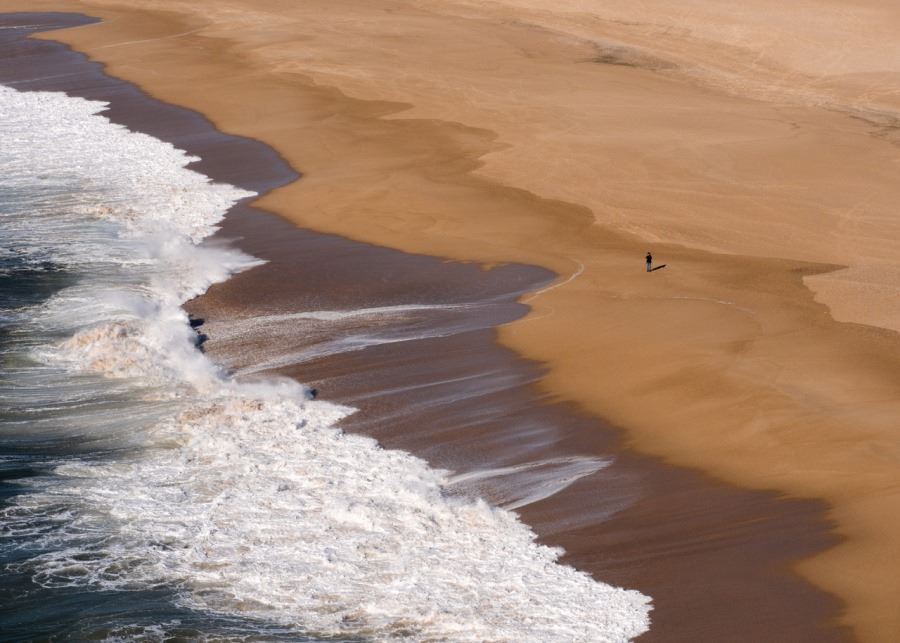 When flying most drones, the altitude reading begins from the point of takeoff, not sea level.

When people are riding a 50ft wave, you want to convey the sheer scale of the feat. But at the same time, you also want to zoom in closer to capture the finer details. My LUMIX GH5 and Panasonic 100-400mm f/4-6.3 lens proved the perfect pairing. The Panasonic lens might not be the fastest, but as I was filming fast-paced action at 400mm outdoors, I didn’t need to use a super wide aperture (nor would I want the shallow depth of field). If you compare this lens with its full-frame competitors, the sheer size difference makes it an absolute dream to work with — ideal when travelling light. 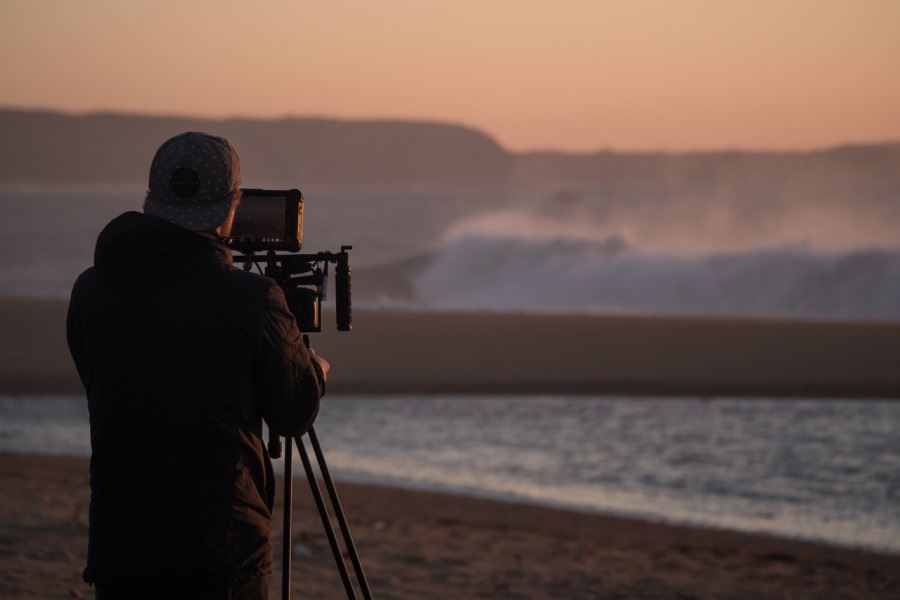 By the afternoon I had returned the drone to my car and swapped it for my Atomos Ninja Inferno field monitor. I use a SmallRig cage to help mount it, alongside some extra bars and handles; should I want to remove the setup from the tripod quickly to grab a handheld shot. The Atomos Ninja Inferno’s monitor really is fantastic and helped me get the best out of the GH5. When you’re filming outside, monitoring via the screens of compact mirrorless cameras can be somewhat tricky. Having a daylight viewable screen makes composing and focusing your shots much easier. Having the ability to properly monitor your image — however bright the environment — while upping the recording capabilities to shoot UHD 4K at up to 60fps in 10-bit 422 is hugely valuable. In post, you really see the benefits of being able to pull more colours out of the image using 10-bit over 8-bit. 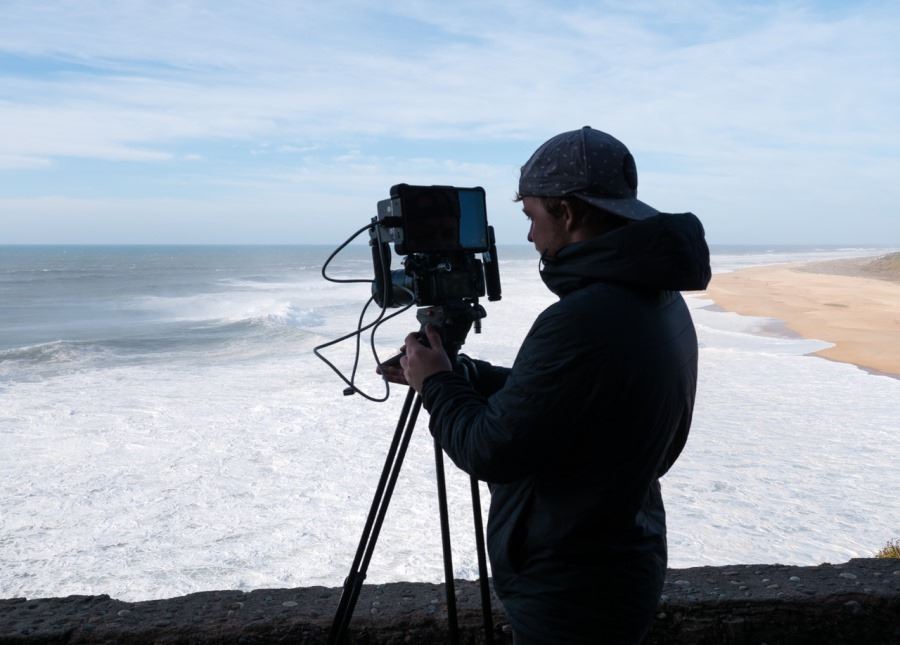 I shot most of the project in UHD 4K, at 60fps in the 8-bit 420 codec, internally on the camera — that way the camera is in the lightest and most compact rig possible. As mentioned, I did utilise the Atomos Ninja Inferno for some of the shots and those were captured in the same resolution and framerate, but in 10-bit ProRes. There were also some 1080p shots that made it into the final piece, shot at 120fps and up-scaled for when I really wanted to exaggerate that slow motion effect.

In an unfortunate turn of events, Andrew Cotton broke his back during a wipeout and had been taken to the hospital in Leiria. I arranged to visit him and managed to capture some footage. I felt this was going to complete the short film and give the viewer a much clearer understanding of big wave surfing, and the mentality and passion that goes with it. 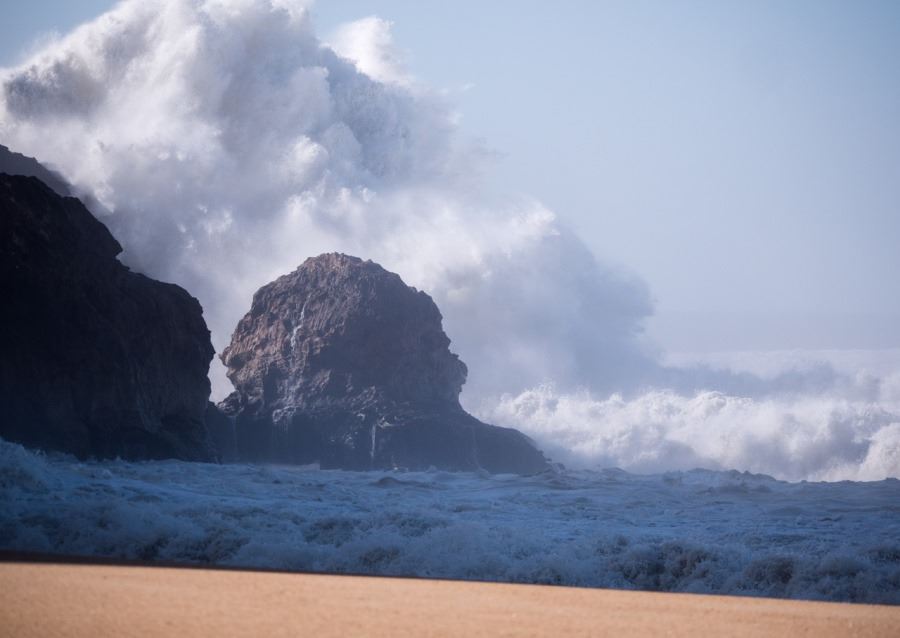 It wasn’t easy in the hospital. Andrew was obviously bedbound and he was sharing a room where visitors were rightly coming in and out. I filmed with the Panasonic 8-18mm f2.8-4 ASPH Vario Lens, to provide a wide enough field of view (in what was a small room). For the audio recording, I used the Sennheiser AVX-ME2, which I placed on the bed for the general sound and under his t-shirt for voiceover. I absolutely love this wireless microphone set; it works flawlessly every time.

In terms of editing, I use FCPX and a mix between Color Finale and Final Cut Pro’s own grading tools. I added a bit of sound design to add atmosphere and found a licensed track via Musicbed.

Jamie Hancock is a Panasonic LUMIX ambassador, professional filmmaker and even a professional windsurfer. To find out more about his exciting career, visit his website.

CES 2018 — The Most Exciting Announcements