The BMPCC 4K was pretty revolutionary when released, offering incredible recording spec for a price that was very hard to argue with – there were only two main issues with it, one was simply trying to get your hands on one as demand was so high, which Blackmagic seem to be trying to rectify with this model as they’re claiming that its going to be available pretty much now (this month), and two, a lot of filmmakers migrating from larger sensor DSLRs would either have to buy new MFT glass, or adapt their EF lenses – So now, switching over to this system now would make this pretty much seamless.

The body of the BMPCC 6K is near enough identical to that of the 4K version, same button layout, same input and outputs, and same rear LCD screen – this should all make for switching from one system to another relatively straight forward. The only real physical difference is that the front of the 6K model extrudes further out to make room for that super 35mm sensor and to house the larger EF mount. It also takes the same LP-E6 batteries as the 4K model, which should result in around 45 minutes of continuous recording when shooting in 6K with the LCD screen set to 50% brightness. 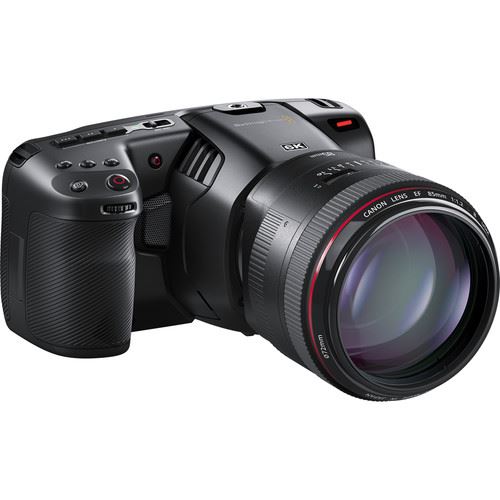 The Pocket Camera’s 6K sensor has a maximum resolution of 6144 x 3456, however, one thing to highlight is that when shooting in this high-resolution mode, there will be a crop factor of 1.558x. With this sensor being larger, low light performance should also be improved, and shooting with a shallower depth of field is now much more easily achieved. The camera also features the same dual native ISO of 400 and 3200, and can resolve a claimed 13 stops of dynamic range, which is the same as the MFT 4K version, but spread across the ISO range slightly differently - offering better handling of highlights. 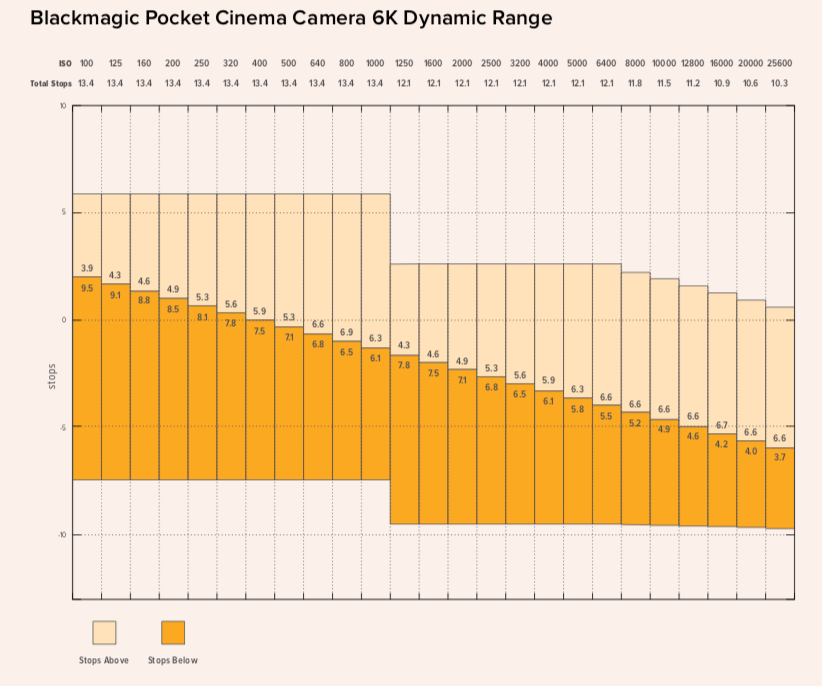 In terms of the storage requirements for recording in all of these different formats, here's a rundown of the data rates:


The I\Os are the same on the 6K as to the 4K, spouting a full-size HDMI output which can support clean HDR 10-bit signals, whether or not that can support outputting 6K video is still unconfirmed, but a word of warning, the HDMI standard can currently only handle up to C4K – so I’m doubtful. There’s the same mini XLR input that can also pass through 48v phantom power, ideal for working with professional microphones. One of the highlight features of the 4K was the USB-C connector, allowing filmmakers to record their footage straight to an external SSD, this again makes its way into the new 6K model. 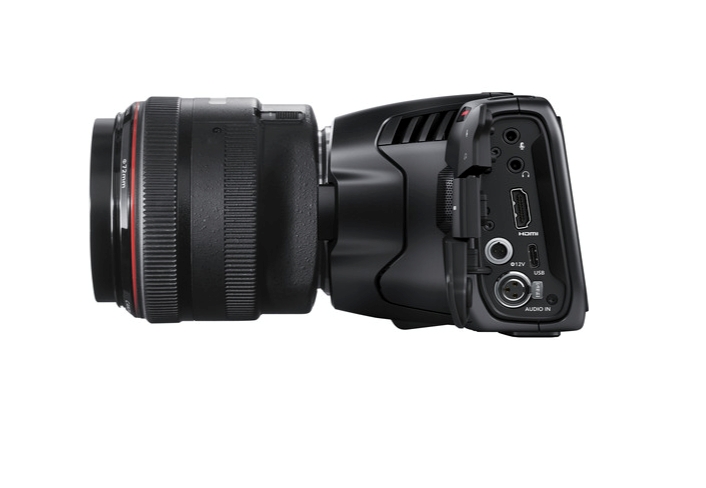 Autofocus still seems to be something that’s going to be lacking in this camera, and for the price of around £2.4K (double that of the previous model), it’s perhaps something we shouldn’t really expect it to excel at considering the other advanced features this camera offers - after all this camera can record RAW 6K video...If you’re looking for a camera that has the AF performance of say Canon’s DPAF in their EOS R or Cine cameras, then this may not be for you. However, if you’re looking for a camera that has incredibly robust codecs and a plethora of recording resolutions and frame rates, all with an impressive DR – then the BMPCC 6K should be right up your street.

Not that you’d buy this camera solely for photography, but should you want to take some stills you now can, since the sensor has the resolution for 6K video, you can now take 21.2MP images. There’s now also the ability to utilise timecode with this camera, a necessity for those who often work on multi-camera shoots or with an external off-camera sound recorder – the camera uses the 3.5mm audio input to do this using a device such as the Tentacle Sync. 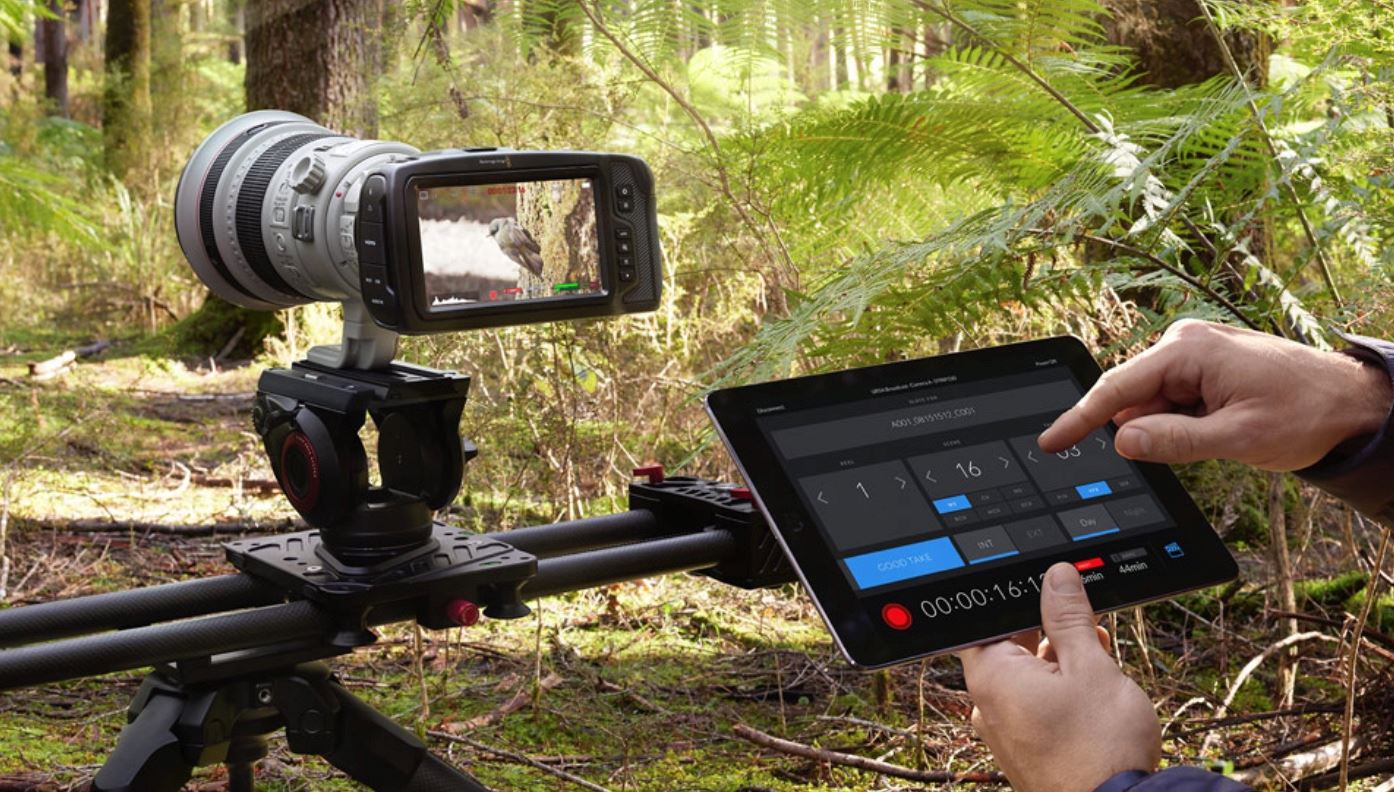 Final thoughts? Yet again, Blackmagic has brought to the table a camera that really rocks the boat in the mirrorless market of the filmmaking world. They’ve managed to pack a powerful and professional cinema camera into a relatively small camera body, and sell it at a price that seems incredibly challenging for other manufacturers to beat. If they were really going to spoil us, then having a reliable continuous AF system, a stabilised sensor, built-in NDs, and a much brighter rear screen would have been on my shopping list – but of course at what price would that come at? This camera is all about making filmic high-resolution images without breaking the bank, and just to add the cherry on top, you also get a free copy of Davinci Resolve Studio.