RAW video recording over HDMI? Yes, you read that right, Atomos and Nikon have cracked it 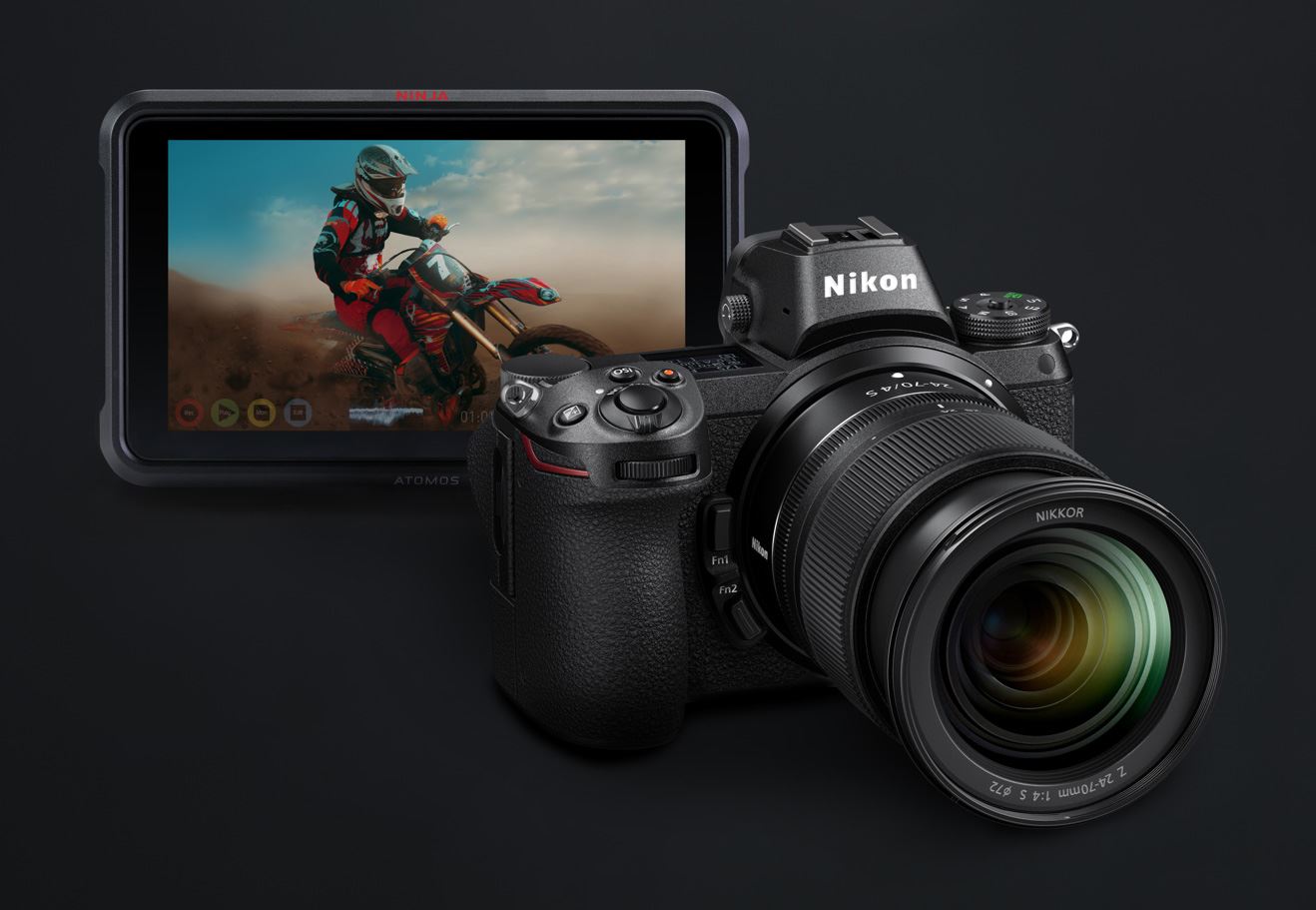 At CES 2019 Atomos have announced that you’ll soon be able to record ProRes RAW over HDMI from Nikon's flagship mirrorless cameras, the Nikon Z6 and Nikon Z7. Yes, you heard that right, RAW recording over HDMI – something that we’ve not seen achieved before from any other manufacturer. Up until now if you wanted to record RAW off-camera, then you’d need to be using the various mixtures and flavours of SDI cables, not the consumer orientated HDMI protocol, that historically was simply designed so that you could connect your HD TV to your HD receiver and devices.

I say that you’ll soon be able to do this because you’ll still need to wait for Nikon to release their updated firmware for these cameras before you’ll actually have that ability – of which we’ve still not had an official release date. But, when it is available, you’ll be able to take that RAW data from the sensor, outputted through the HDMI and straight into the Atomos Ninja V where it can be packaged up into that ProRes RAW format. We've still not had the full run-down of how this is technically done, so you'll still need to sit tight for further information on what exactly is happening in the camera and in the recorder - either way it's another big step in the right direction for filmmaking on compact mirrorless cameras.

Atomos have also stated that this ability will only be possible with the Ninja V and not their flagship Shogun range due to the two models having varying chipsets. However, I wouldn’t be surprised if this was slowly developed into the Shogun range as time goes on.

Atomos CEO Jeromy Young said: “It’s a really exciting time for high-quality cinematic video on every platform from Facebook to Netflix. Our customers are increasingly making their livings creating this content and we love giving them the affordable tools they need to do it. Our £540 / €695 Ninja V delivers better image quality without sacrificing amazing features like autofocus and high megapixel stills. Through partnering with great companies like Nikon, we have built solutions that are easy to use and look great.”

This is a very exciting development for those filmmakers who favour the smaller mirrorless cameras, and for those filmmakers who have been reluctant to give these cameras any time of day, well, this could be that turning point. It will be interesting to see what if the likes of Sony and Canon will jump on board with this – I suppose since Nikon doesn't have the colour science legacy or any other ‘proper’ video cameras within their own ecosystem to compete with, it’s a no brainer for them. But, for the others, it could start to blur the lines between their product offerings. Watch this space.