Here are six pieces of equipment that I use constantly during the production of my independent short films, mini documentaries and YouTube series, DSLRguide, where I share what I’ve learned about filmmaking each week. I often shoot by myself, but also work in small teams of up to six people for bigger projects, so I appreciate equipment that’s lightweight but scaleable.

I’ve always felt there are smarter ways I can invest in my career than upgrading my camera regularly.

My workhorse camera body is the Canon EOS 600D, even though it’s now discontinued and has been replaced by the Canon 800D. Although I do rent more expensive cameras, if the client requests it, the 600D has been my trusty primary shooter for over five years now. I’m incredibly familiar with its numerous shortcomings regarding low light, softness and dynamic range, but I’ve always felt there are smarter ways I can invest in my career than upgrading my camera regularly.

Considering the price, it’s got a lot going for it: The 600D is small and lightweight, its low bitrate files mean lower costs for hard drives and SD cards, and after installing Magic Lantern for essential features such as focus peaking and on-screen audio levels, it’s a surprisingly usable camera. Back when I first started, I would often prioritise making ‘pretty pictures’ above telling captivating stories, so when I know there’s no guarantee of getting a pristine image, it can actually help me focus on ensuring the story is strong.

On a more technical level, this camera has trained me to think carefully about light – I shoot almost exclusively at ISO 160 to avoid noise. I have to say, under the right light (natural or artificial), I’ve been really pleased with the images. For me, colour and light are more important than sharpness and detail. But more than that, I’d rather invest my money in people rather than cameras. Every time I’ve been tempted to buy a new camera, I’ve used the money to hire a better actor or work with a bigger team on a project, and I’m happy with how that’s turned out. Years on, my Canon 600D is still going strong.

The robust Zoom F4 Recorder ticks more than enough of my audio boxes. Its professional layout fits nicely into a shoulder bag, with tactile gain control and three different power supply options so you can record all day long. It has four phantom-powered XLR inputs with fantastic preamps, plus a stereo 3.5mm input and compatibility with Zoom’s mic capsules.

The multitrack recorder even features a few bells and whistles, such as full timecode compatibility, dual SD card slots and the option to use the device as an audio interface. I do find myself using the smaller Zoom H5 if portability is the priority, but the F4 is my choice for all other occasions. It truly offers excellent and professional quality. 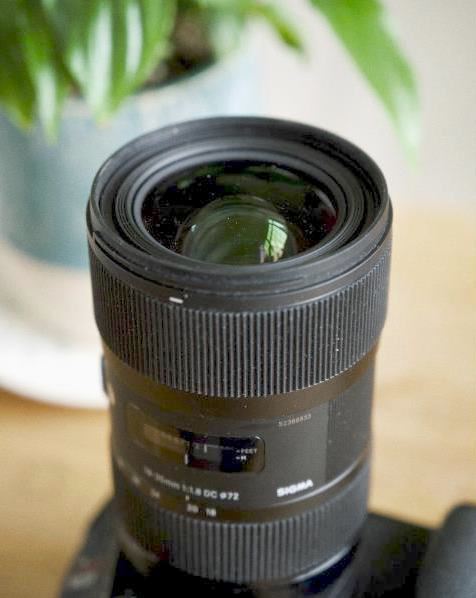 The Sigma 18-35mm f/1.8 is an unconventional lens that suits my shooting style perfectly. Speed and efficiency matter more to me than the pristine optics that prime lenses offer, and so that means I’m often stuck with a maximum aperture of f/2.8. The build is of fantastic quality and the front element doesn’t extend during zooming, which is ideal for gimbals or other equipment that requires balancing.

The Sigma’s narrow zoom range allows for the fantastically fast aperture, which makes this by far my favourite and most used lens. I particularly love the natural look of a 24, 28 or 35mm lens on a smaller sensor like the 600D’s. And as more of the full-frame cameras offer smaller sensor crops (Sony A7S II, Nikon Z 6, Canon EOS R) this lens is not just for cropped camera bodies.

I’ve got a lot of use out of this lens with Panasonic’s LUMIX GH5 and a Metabones Speed Booster combo, and you can always get some extra reach with the GH5’s Extra Tele Conversion function or my 600D’s digital zoom, which uses the middle of the sensor for a fantastic 3x crop. Considering it won’t cover a full-frame sensor and has no image stabilisation, this is a rather expensive lens. But, if you favour wider lenses and fast apertures, it’s worth every penny. The Sigma 18-35mm f/1.8 comes with me to every shoot. 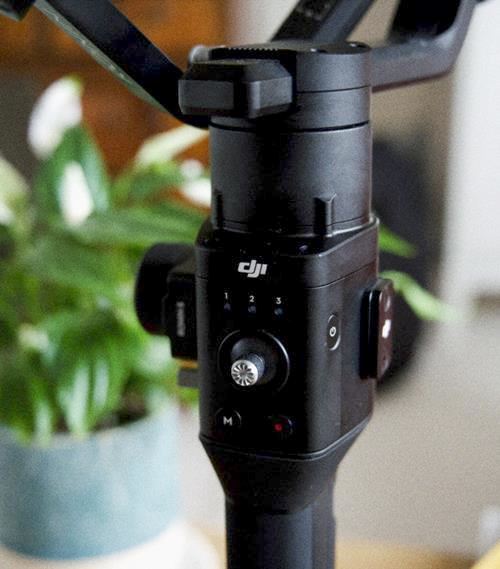 The DJI Ronin-S is a fantastic addition to my kit. The standout features for me are the excellent battery life, tool-less balancing and intuitive buttons. DJI really upped the game compared to the previous gimbal stabilisers I’d used. For example, by holding down the trigger you can keep the camera’s point of interest fixed and by holding down the M button, you activate Sport Mode for quicker pans when tracking high-speed subjects. These are both new features I’d now severely miss if they weren’t there.

The Ronin-S does get heavy on a long day’s filming, but I appreciate the one-handed design for its compact size and the ability to easily set it down on flat surfaces – that’s only a big deal if you’ve spent four days shooting two-handed gimbals that need a C-stand-mounted hook to be carried in between every take.

The Ronin-S can be controlled remotely via the DJI Ronin app for time lapses, or as a remote pan and tilt head. It can also be used to tune the three shooting modes. Again, this is a fantastic design as it means you can do the testing and fiddling before the shoot. Then, when you’re on set, you can simply select one of the three modes that suit the shot. 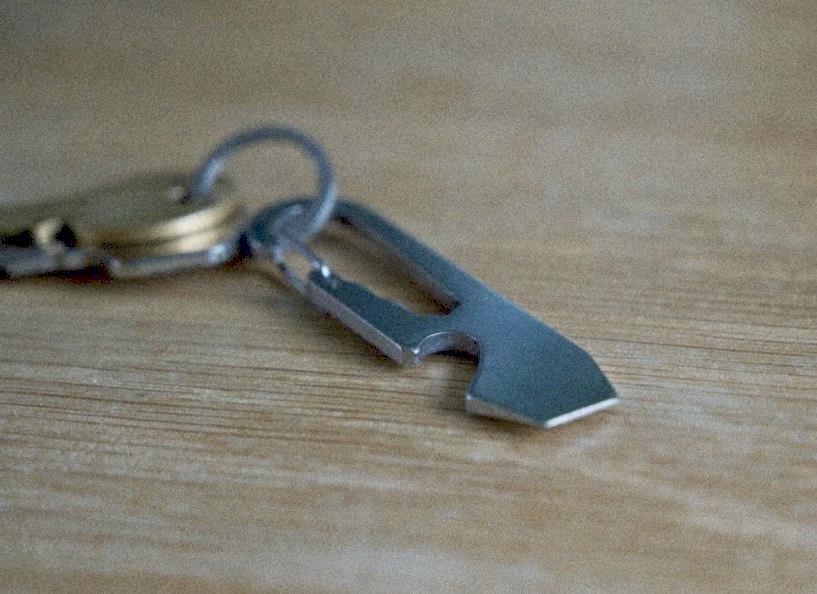 This handy little tool known as the Nite-ize DoohicKey has saved me time and frustration more times than I can count. It’s a small piece of metal that fits onto a keychain (or camera bag) and is ideal for flathead screws. I use it most often for quick-release plates – for some reason manufacturers don’t always use thumbscrews – as attaching your camera to most tripods, or even the Ronin-S, requires a screwdriver or thin coin.

In the cashless age, I can’t be certain I’ll have the right coin in my pocket, but I know I'll have my Nite-ize DoohicKey on my keys. This gives me peace of mind that I won’t get stuck, unable to secure or remove my camera from any equipment.  As a bonus, this little implement can be used to open packages, and it’s got a bottle opener and a small ruler.  Sometimes the little things really do make a big difference. 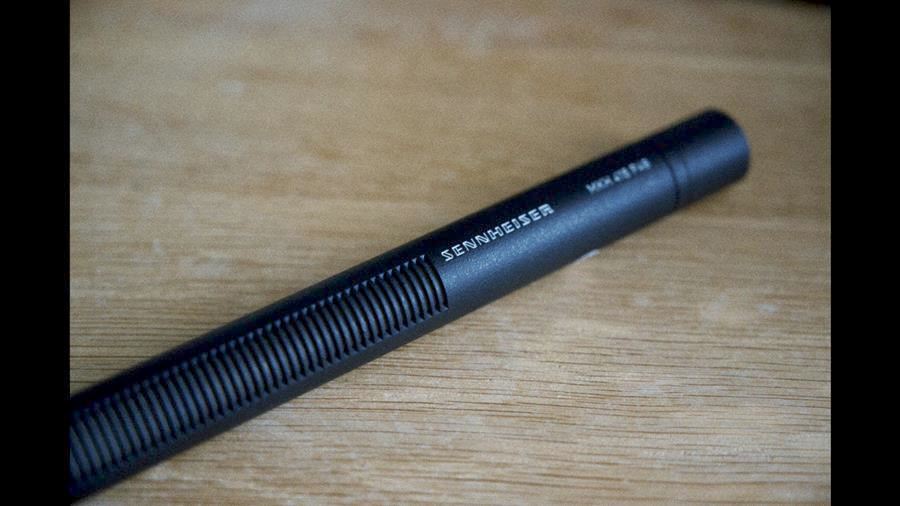 When I was getting into filmmaking, I would obsess over new camera releases and lens tests, but I have to admit, I rarely paid much attention to audio equipment. However, after using the Sennheiser MKH 416-P48 a couple of times, I realised although microphones will never have the buzz of a new camera launch, the 416 is truly exciting.

This microphone has the incredible ability to reject background sounds, and it renders voices beautifully. Whenever I let people borrow this microphone, I love to hear how enthusiastic they are about the results. It makes perfect sense that this microphone is such a staple of the industry.

Simon Cade is the host and creator of DSLRguide, a YouTube channel dedicated to sharing filmmaking tips and advice, with an audience of nearly 850,000 subscribers.