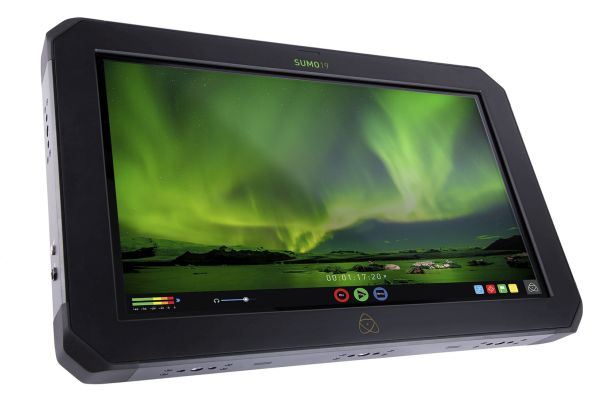 • Recording capabilities of up of up to 4K 12-bit Raw

• Mixture of SDI and HDMI inputs/outputs

Atomos are well regarded in the industry when it comes to its popular range of compact external monitors/recorders. This year at NAB we’re seeing Atomos bring a new addition to their line-up: the Atomos Sumo. 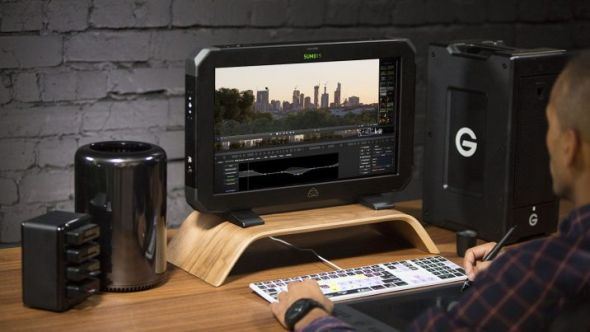 The Sumo packs in some impressive recording capabilities such as 4K 12bit raw, 10bit 422 ProRes/DNxHR, and HD recording of up to 240p, all to the widely available 2.5-inch SSD drive.

An interesting development in the Sumo is its live switcher function. This new function allows the operator to vision-mix up to four 1080p60 video inputs, with the ability to cue, cross fade, and hard cut. To build on top of this, all four camera ISOs can be recorded simultaneously, alongside the newly mixed programme out. This looks to be an ideal solution for a portable multi-camera set up. 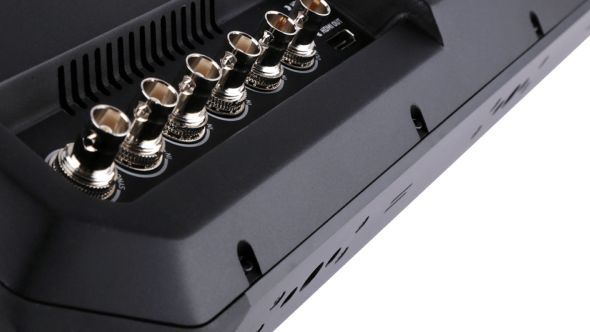 Atomos have given the Sumo plenty of connectivity options, with HDMI 2.0 and 3G Quadlink/6G/12G SDI connections. Not just thinking about the images, we see balanced XLR connections, including 48v phantom power, and a 3.5mm headphone output built right into the body. There’s no need for an external adapter, such as the Atomos Lemo cable used on the Shogun range. 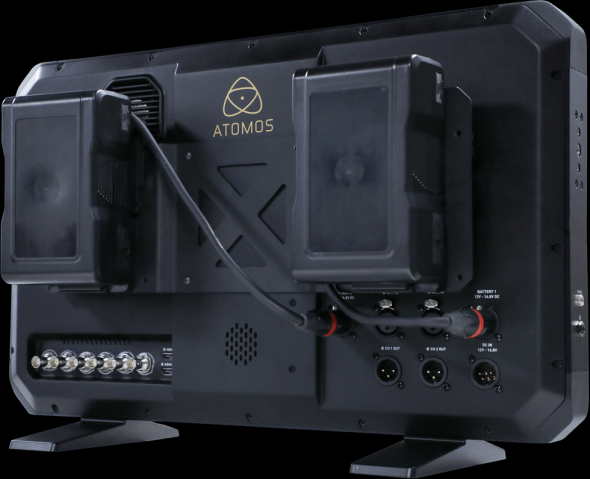 The aluminium chassis provides ten mounting points, alongside the standardised VESA mount on the rear, giving filmmakers plenty of options when it comes to rigging. There’s also the optional V-Lock adapter, should you want to power the Sumo out on location. The monitor features a continuous power system, allowing for hot-swapping batteries without any down time.

The Sumo can be used with popular NLEs, opening up affordable HDR viewing when it comes to editing and grading. It looks ideally positioned for filmmakers who need a one-stop-shop solution for external recording and monitoring, whether they are on set or in the studio.