From professional windsurfer to filmmaker, James Hancock shares his experience filming with the GH5 and Ikelite waterproof housing. 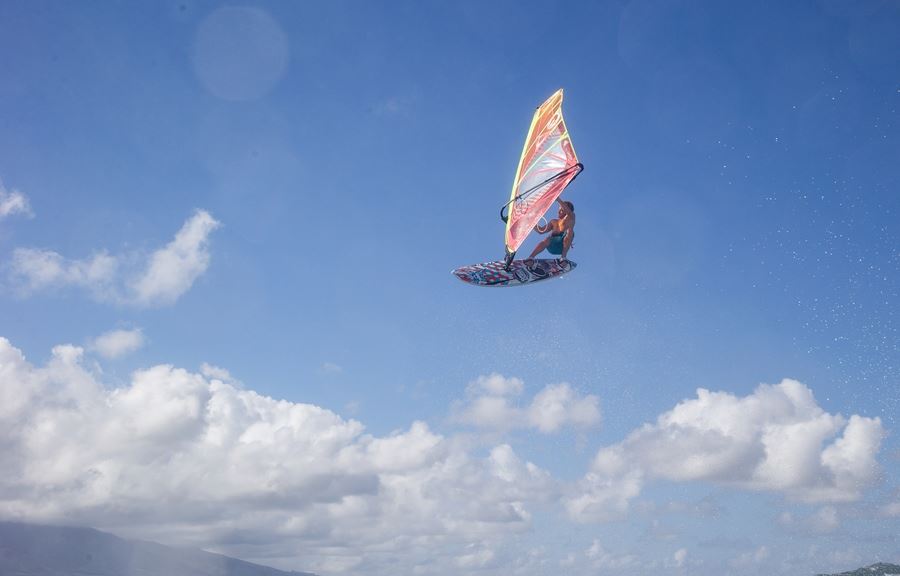 When you think about the journey filmmakers go through to becoming professionals, one stage you wouldn’t expect to see is time spent as a professional windsurfer.

After only one week of ranking in windsurfing’s global top 10, James Hancock’s wind surfing career took a break – a literal one, after he broke his leg while playing football with friends in the park. In his year out of surfing he concentrated more on his filmmaking, attaining his CAA drone operator’s license and investing in some quality gear, such as the Panasonic GH5, Ikelite waterproof housing, and an Atomos recorder.

We caught up with James to talk about his latest piece of work, “Vitamin Sea”, where he gets some truly mesmerizing underwater shots with his GH5.

Wex Photographic: Can you give us some background to the piece?

James Hancock: I was in Maui videoing all of the Gaastra and Tabou windsurfing shoot. I manage all of the video work for the 2018 products and brand image for when they launch in early autumn. We had a couple of heli shoots and I filmed hand-held with the 12-35mm II and dual IS, which actually worked pretty well. It’s pretty good fun and is sometimes strange that I’m the other side of the camera, but I really enjoy it.

I had to delay my flight out there to wait for the GH5 to arrive in the UK, and I ordered the Ikelite housing direct to Maui. So I was desperate to film some shots from the water and Makena Beach is pretty famous for its shorebreak. My friend Simon Crowther (surfprints.co.uk) has been shooting amazing stills in these waves for years, so I joined him and just focused on filming.

WP: How did you find working with the GH5? Have you been using it long? What are your thoughts?

JH: The camera is incredibly good. I started filming with the GH2 years ago and eventually upgraded to the GH4, so I have quite a lot of experience with these cameras. Previously I used the 100-300mm lens with the GH4 and quite often shot at 96 fps to get some nice slow-motion windsurfing footage. I then shot at 23.97 for pretty much everything else.

It was good, but I had to film everything in manual focus in 96 fps as there was no autofocus. Sometimes with windsurfing action the rider often starts further away and comes towards you, so you often had to refocus throughout the shot, which on a 100-300mm often created some movement of the camera, even with a good tripod. So I upgraded to the 100-400mm and was shooting the same footage at 60p 4K with the autofocus and it both worked and looked incredible.

In a 24p timeline, the 60p footage plays very well at 40% speed, which is enough to get what I am after. To be able to have the option of up to 180fps in HD is amazing too, however I opted to shoot at 120fps. I could go on for ages about how great the camera is, but this is an example for me where it has been a big improvement. 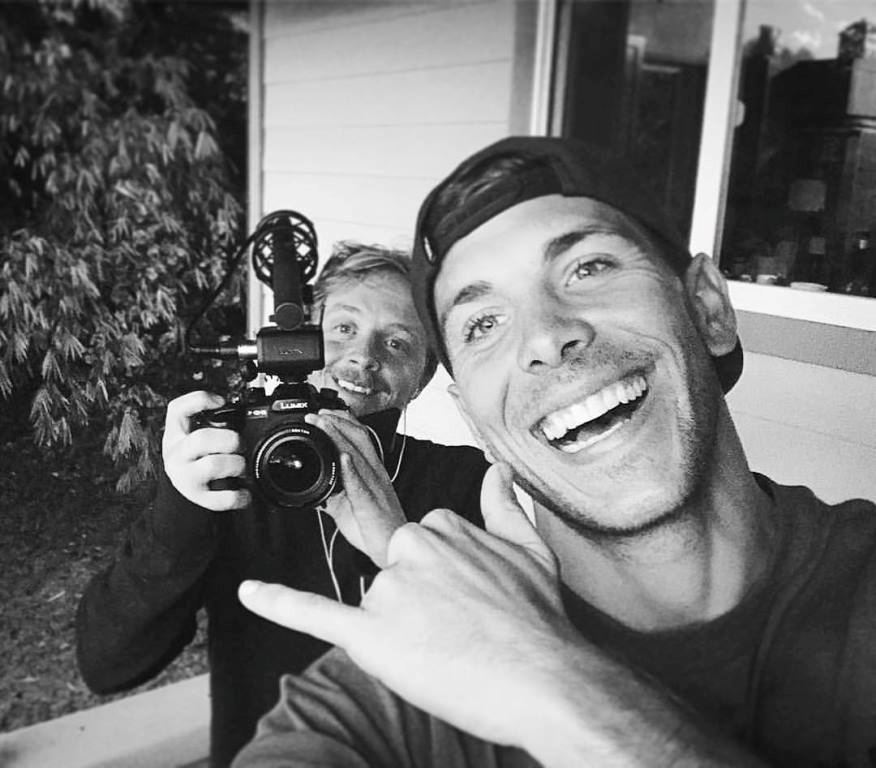 James wrapping up his shoot, seen filming with his GH5 and the additional Panasonic audio adapter

WP: How did you find the GH5 in the Ikelite housing?

JH: In regard to water housings, I’m a bit of a noob. Before, I used a Dicapac plastic bag water housing, which I couldn’t really take in any waves, so a proper housing was quite new to me. But the Ikelite housing seemed to work pretty well. It’s quite heavy out of the water but once you are in, it’s fine. There are lots of buttons built into the housing allowing you to make adjustments while in the water. For this video though, I tried to go simple so the footage was all the same.

My process was to set the camera before putting it in the housing by setting the zoom on the 12-35mm lens (to 12mm) and then the aperture at f/11 and the focus area to begin at about 30cm away. I filmed everything in 120fps and set the shutter speed to 1/250sec. This allowed me to basically start and stop the camera and just adjust the ISO to get the right balance. This was my process for this shoot, but I think that in time, as I learn, I will be brave enough to adjust settings whilst in the ocean.

When in the water, I would regularly spit a mixture of saliva and seawater on the dome port every 3-5 minutes or so. And with the housing still out of the water, I’d then rub over with two fingers to make sure the spit spread everywhere. It sounds pretty disgusting, but if you are shooting out of the water it is essential to keep the port free from dry spots, which can easily form and ruin your shots. I currently have two handles either side of the housing, which can sometimes make it a hassle to elevate it above the water, but I think with some research and effort I can get one of the handles underneath the housing. As with everything in filmmaking, that’s another thing I still need to learn about! 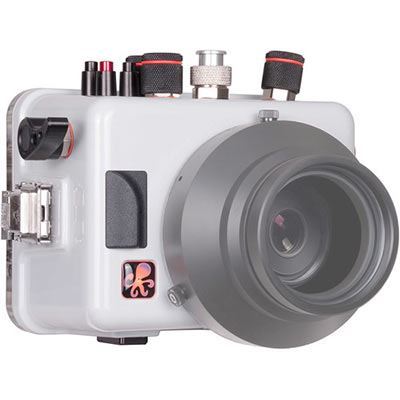 WP: Any tips for filming with it underwater?

JH: Well firstly I would suggest maintaining the housing and ensuring the O-rings are clean from sand and hair, otherwise you will end up with a camera full of water. I’d also suggest being very wary of your surroundings. I’ve spent a lifetime in the sea, and know how unforgiving and dangerous the ocean can be. In the three mornings that I went down to film this video at Makena beach I saw two ambulances. One guy’s foot was facing the wrong way. People regularly get injured by the waves on the beach, and many have been paralysed after being pulled over and thrown head-first onto the shallow sand.

This is obviously just one beach, and not everyone will be filming shore breaks. But I’d really stress how important safety is in the water, and how much you need to learn and understand your surroundings before even thinking about what shutter speeds you are going to shoot at. 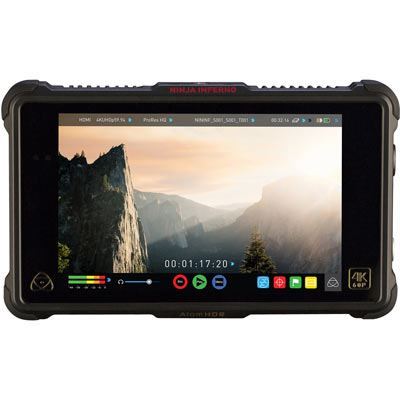 WP: How have you found the Atomos Inferno recorder with your GH5?

JH: The Inferno has been incredibly useful. The ability to record 10bit 60p 4K straight intro ProRes is awesome; the images I’ve got look amazing. I’ve never used an external monitor before, so being able to see what you are recording, and managing the zebra, waveform and focus in such detail and quality is amazing. Everything I shot in Maui was in the Cine-D profile and I now have Vlog, so this is where the monitor will be very helpful. But I don’t think everyone needs a Ninja Inferno to accompany the GH5, as the internal recording on it is still very good, and with the eventual software updates coming later in the summer I imagine it will become even better.