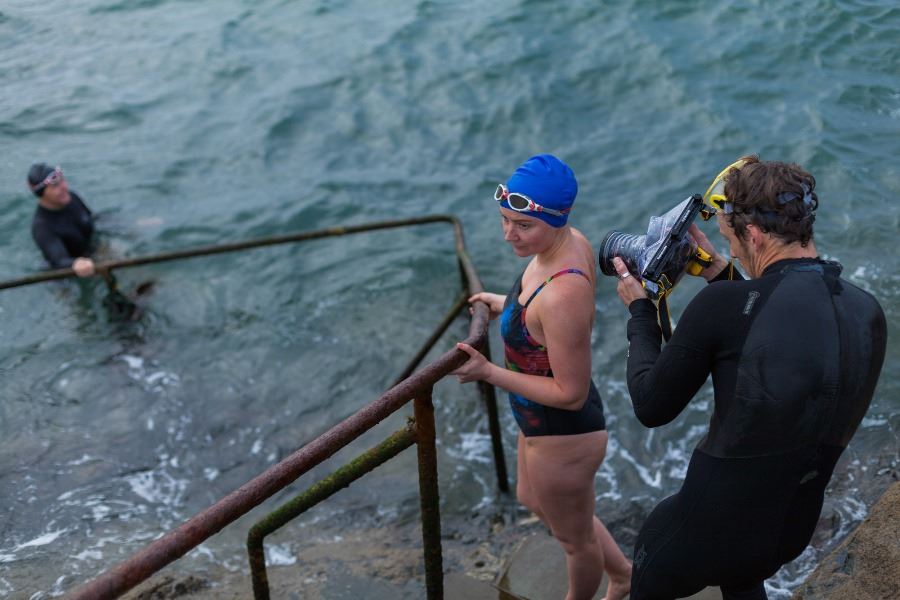 As a travel and adventure filmmaker, I’m always drawn to unique stories that are connected to the outdoors. I had been hoping to get my latest project off the ground (or into the water…) for quite some time. But, due to logistical and technical difficulties, I had struggled. Having never shot underwater properly, I wanted to embark on a project that would challenge me both creatively and technically — goals this project certainly fulfilled.

Having reached out to the UK’s wild swimming community via social media, I was inundated with requests from those who were keen to be involved. On speaking to Katie Maggs (the subject of my film) I was immediately struck by her openness and honesty when talking about how she had struggled with mental health, and how wild swimming had helped here recovery. I knew immediately that I wanted to tell Katie’s story.

Jon's documentary, Tonic of the Sea.

In order to achieve the type of look and feel I was going for, I knew that I needed a camera that would give me great image quality and the ability to change various parameters, including focal lengths and depth of field. It also had to be small and light enough to use underwater — I really wanted to give the viewer an insight into the activity of swimming in the open ocean. Panasonic’s LUMIX GH5 is one of my favourite small form factor cameras, and I have been using it on all sorts of projects since its release, earlier this year. However, as good as the camera is, it isn’t waterproof… 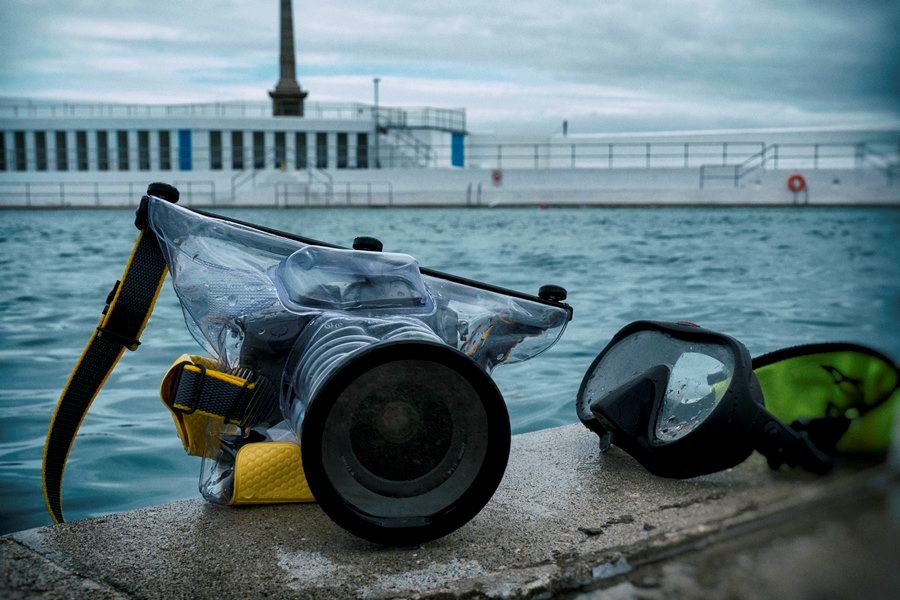 Luckily, Wex Photo Video loaned me the EWA-Marine U-A100. This flexible marine bag houses the camera and lens, and can be used up to a depth of 20m. I tested the bag thoroughly in my bath beforehand, and it proved to be watertight. I must admit, I was slightly nervous at first — putting a couple of thousand pounds worth of equipment into a bag and then lobbing it into the sea is slightly nerve-racking… However, the EWA Marine UA-100 worked flawlessly, thanks to the non-corrosive clamping rails that provide a watertight seal. I also found that it was relatively easy to operate the camera through the PVC housing, and the benefit of being able to use a range of compatible lenses proved vital for the project. 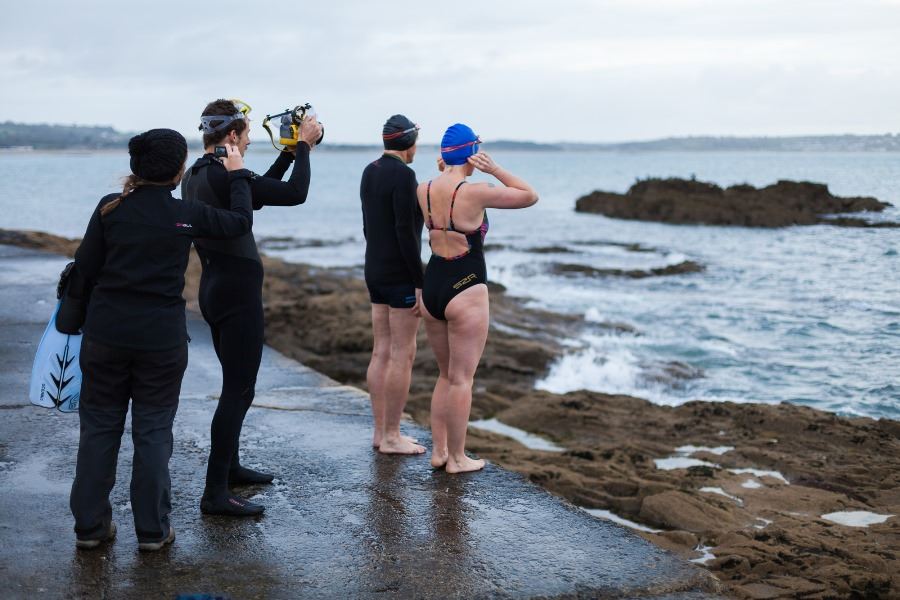 The bag also comes with adapter rings that secure the lens into the front port. Once locked in place, it felt really solid and the camera didn’t move around in the bag. I was pleased to see that the housing didn’t fog up either (it comes supplied with a sachet of Camera-Dry silica gel). There is also an adjustable carry strap, so I could keep the camera around my neck, making it easier to swim. The housing not only worked well in the water, but proved useful on the shore when the weather was particularly bad. 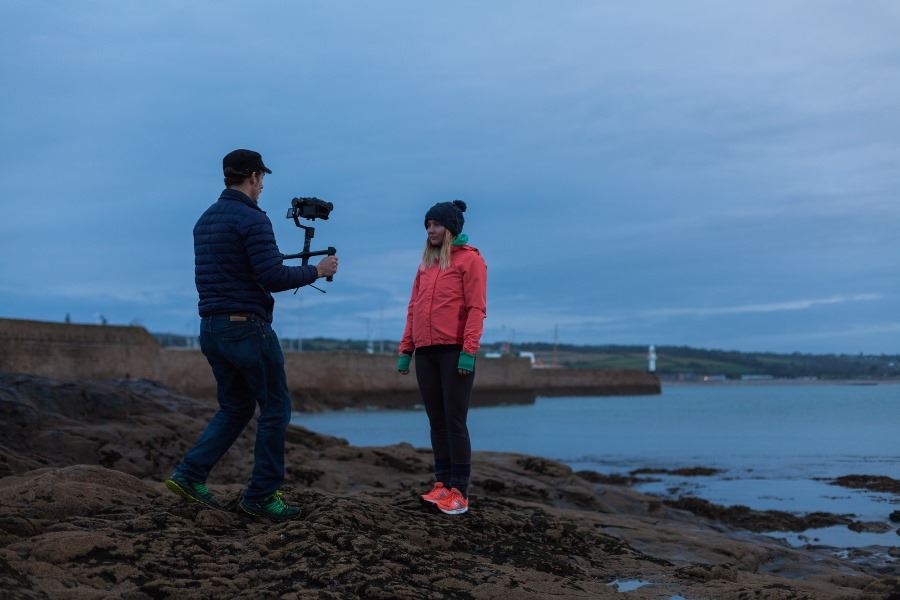 Having the right equipment meant I could concentrate on getting the right shots. Most of the waterborne shots were 24mm and 50mm focal lengths — the wide-angle was used for body shots of the swimming action and the 50mm for close-ups. The project was shot in cinema 4K resolution and then reframed in post-production to a 2.35:1 aspect ratio. A custom version of the Cine-D profile was used for the entire shoot, and the project was graded using DaVinci Resolve. 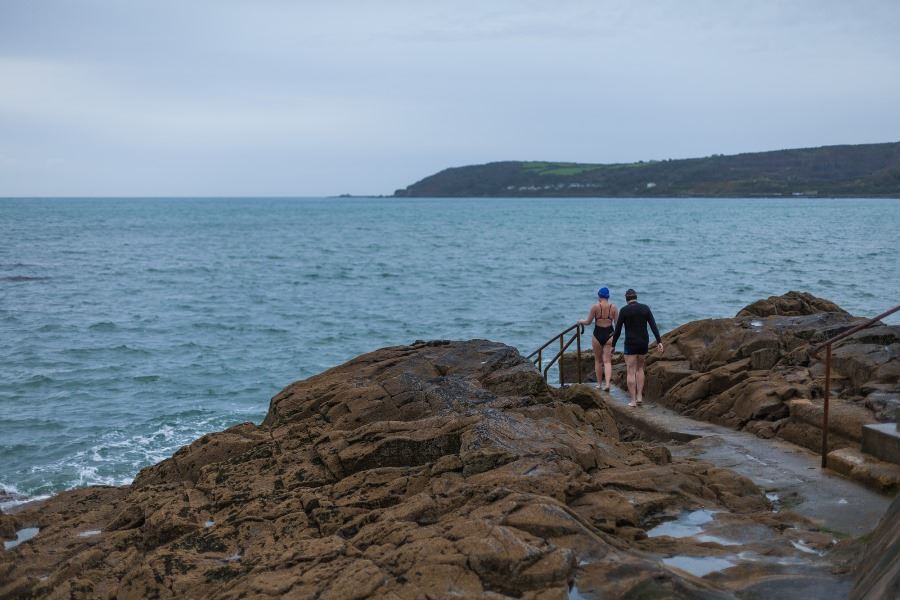 This was a fantastic project for me; I was very lucky to work with people who were open, honest and easy to work with. This made my job much easier, and I think the natural performances are really conveyed in the film. Sharing Katie's difficult experience and learning how she had come through to the other side was truly inspiring. Finding stories like Katie's is what drives me to create films.