WexShorts Documentary Runner-up ‘The Great Balearics Row’ | Behind the Shoot

Jamie Hancock: Sure, I’m a filmmaker living in Portsmouth. I like to work on all different types of projects and am always looking to learn new styles while creating short films. My background in filmmaking mostly regards action sports, but I’ve also made a few documentary films too. I’ve shot with LUMIX cameras since the early part of my career and am fortunate enough to have become an ambassador.

WPV: Can you tell us how you found the story for The Great Balearics Row?

JH: I had known Richard Mcenery for a number of years, from when he was in the Royal Marines. He has since moved into this type of adventure-based project and got in touch about documenting some of them, which I jumped at. I didn’t have anything to do with the organising or planning for this trip – it was entirely down to the guys in the video. My role was simply to document what they were doing and why they were doing it.

WPV: How did you approach the shoot?

JH: The planning on my part was just to make sure I was as organised as possible. There wasn’t room for me on the boat to actually join them on the three-day row, and part of me really wanted to be there for the whole journey. I knew I would capture the raw emotions of it all a lot better. I like the idea of rowing through the night in total darkness, with the sounds of the calm ocean. Just as an experience it would have been incredible, although extremely hard work, but it simply wasn’t possible.

I had to get these types of shots outside of the actual crossing. So, we went out for a bit of a training exercise at dawn, which is where I got a lot of the main rowing sequences on the boat. After the guys set off from mainland Spain, I actually ended up driving the 30ft trailer over on a ferry to Mallorca, to help out when they reached the other side. 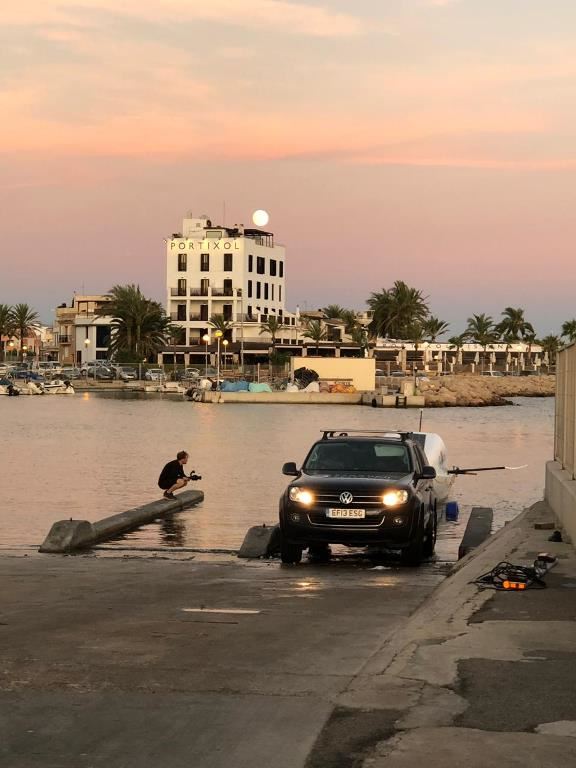 WPV: It sounds like a challenging shoot, what was the hardest part?

JH: I arrived from my flight at around 2am and was picked up by the guys at 6.30am to go get some early morning running shots. This was a bit foolish on my part, and in hindsight, I should have booked an earlier flight. It turned out that for the running shots we were going up the side of a mountain and through a cool looking cave at the top that overlooks Benidorm and the coastline. I really wanted to get that shot, but it involved an 8km run…

Richard is an extreme athlete and an avid hill runner, and Angus and Jason recently did an endurance race through the Namibian desert. They didn’t mess about, and I guess my background in sports is also why they wanted me to be part of their project. I imagine most filmmakers would have said no to a lot of what I had to do to get the shots. I opted to take the GH5 and the Zhiyun Crane gimbal with two memory cards and one spare battery in my pocket. These guys were not treating it as a video shoot, and I had to run with the gimbal and stop to film what I could through my sweat-filled eyes.

I have to admit, I was a bit worried about the day ahead. My back was spasming from having to run with a weighted gimbal by my side, and I was completely destroyed by 9am. At that point, I wasn’t sure if I would be joining them on a three-day row or not. I sometimes suffer from car and seasickness and that car journey back along the winding mountain roads was difficult: I felt car sick, my legs were shot and it dawned on me that this could be a tough few days ahead. I like to be a positive and motivating influence on shoots, and this was definitely my biggest test to date.

The guys were very organised and experienced with this type of thing. You have to be, as it can become dangerous if things aren’t planned properly. They were also very happy to do anything I asked or suggested to help with the documentary. They were as enthusiastic about making something nice as I was, so they were a great team to work with as well as a nice group of guys to spend time with. They were actually pretty inspiring. 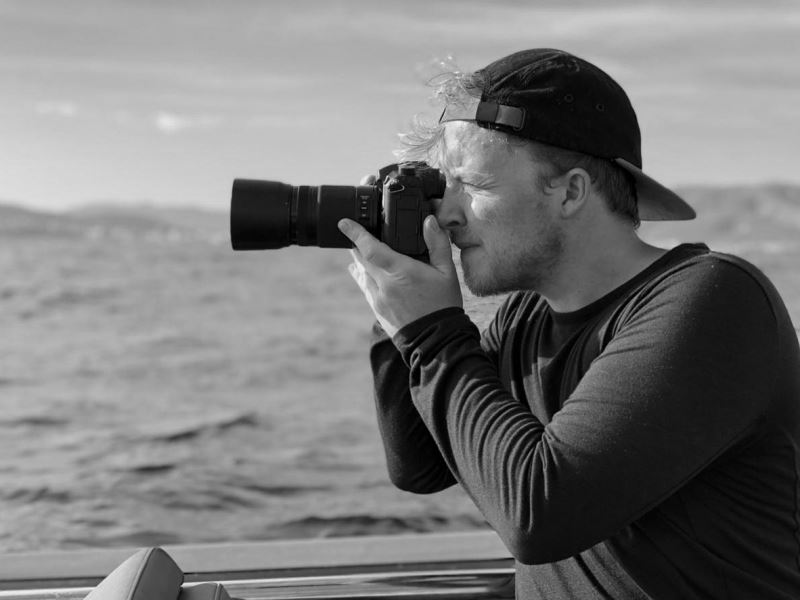 WPV: What other pieces of gear did you use for this project?

JH: I took the LUMIX GH5 and GH5S with me. I also had the Atomos Ninja Inferno, which I always like to use when I can. I have a cage with a couple of handles to use the Ninja Inferno and GH5 together. The added IBIS works nicely for the handheld shots and I get 60fps 10-bit images recorded directly onto the external monitor.

This leaves me to put the GH5S on the gimbal for all other additional shots. Obviously, some of the low light/early sunrise shots worked well with the GH5S – given its heightened sensitivity and low noise floor. Plus, I used the internal audio from the GH5S recordings.

I used the Sennheiser AVX-ME2 wireless microphone system for the interviews, and the rest was just recorded internally with the GH5S. I left my DJI Inspire drone at home – it was too big to launch from a rowing boat – so I used a DJI Mavic Pro that belonged to Rich. I just had to order a set of ND filters for it and I was good to go.

The drone worked perfectly and I’ve since bought the Mavic 2 Pro, which I love. The image quality isn’t too far away from the Inspire and X5 camera, but the main thing is battery life and practicality – it’s just so easy to use. Without it, I just wouldn’t have got any drone shots at all from this project, which would have been a big loss.

WPV: Can you explain your approach to the edit?

JH: I focused on the interviews first and used them to shape the story. There was 20 minutes of talking from each person (60 minutes in total). They talked about all different aspects of the trip, so there was a lot to go through. The hardest part was shaping their words to fit the narrative. Once I nailed this, I then shaped the images around the story.

WPV: What advice would you give other filmmakers wanting to do something similar to The Great Balearics Row?

JH: I would have to say that the more you put in, the more you get out. There’s a big difference between turning up to an organised shoot and documentary-type filmmaking. Knowing your own equipment is also important as everything generally happens at once. As a filmmaker, I often find you have to be aware of what’s happening around you and think a few steps ahead.

WPV: What have you got lined up next?

JH: Richard, Angus and Jason are planning a potential expedition in Iceland. This would be a bigger project and would involve being flown in by helicopter to film certain sections, which would require a lot planning – but it’s exciting! I’m also working on something called The Windsurf Project, which documents big wave windsurfing around the globe. We have a good sponsor, and the budget to put together a small team and hire a RED HELIUM 8K to shoot with.

There will also be some investment in the post-production side, with professional sound mixing and design. It’s an opportunity for me to learn to work as part of a team and not just as a one man band. This will all come under my film business, Old Dog Studio, which I will also be working on. Then there is the launch of the LUMIX S series, which I hoping to work on a couple of exciting things for.