The winner of our documentary category, Remi Bumstead, provides insight into the life of a nomadic filmmaker

Remi’s winning documentary Ala Ole Mativa: Road of the Poor.

Remi Bumstead: I’m originally from London, but have been living a semi-nomadic lifestyle for the past few years. What drives me is the process of capturing stories from across the world, especially when working with charities and organisations to encourage positive change. The films I make are usually personal, story led and show an intimate perspective of people’s lives.

WPV: Where did the idea for your project come from?

RB: This particular film came about while I was living out of a van in New Zealand and winter was coming, so it was getting pretty cold. I started Googling charities and organisations in the South Pacific and finally got in touch with Women in Business [WIBDI], to see if they wanted a video made about some of their work. They said yes so I booked a flight and headed to Samoa, and left the winter behind.

WIBDI works with local families to provide training in organic agriculture and access to the international market, so they can get a better price for their products and a way out of poverty. After spending a couple of weeks there, and meeting lots of families and seeing first-hand the projects that WIBDI is doing, we asked Fa’alosar [the narrator] if he would be up for being in the film.

Before I got to Samoa, I had no idea what I would film or if I would even be able to find a story to film. Through speaking with WIBDI staff, and by meeting and speaking with lots of local people, a story materialised about how producing coconut oil, as well as other products, was making such a big impact on families’ incomes and lives. I am very grateful to WIBDI for allowing me get to know these families and to experience Samoan life. 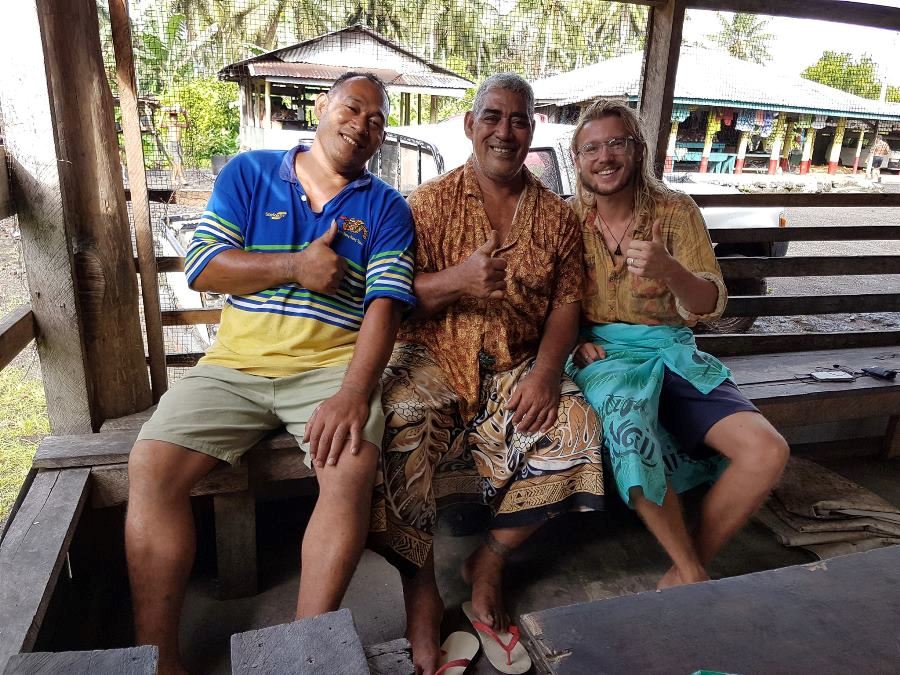 RB: Once it was clear that the story would be about coconut oil, and we had Fa’alosar’s permission to film with him, I came up with some questions and a rough storyboard. I then went to his house, and together with a staff member from WIBDI, we conducted the interview without the camera and just used a mic.

The following day – having listened to and quickly translated the interview – I was dropped back at Fa’alosar’s house and spent the whole day, alone, with him and his family. That day was an amazing experience as no one in the family really spoke English. We spent the whole day using the very basic Samoan I’d learned and hand gestures. I think we all had a good time though!

WPV: What equipment did you use?

RB: I always like to shoot in a very simple manner. I don’t really want lots of gear and extra weight, especially when doing this style of filmmaking and travelling with all my kit in my bag. At the time I was just using a Panasonic LUMIX G7 and a RØDE smartLav. And of course, my DJI Mavic Pro – that thing comes everywhere with me! Every shot I did was handheld and I filmed most of it in 50fps, in order to smooth the movement down in post. I did, however, buy a gimbal after this trip, as I really missed it for some of the shots. That being said, I still shoot mostly handheld. 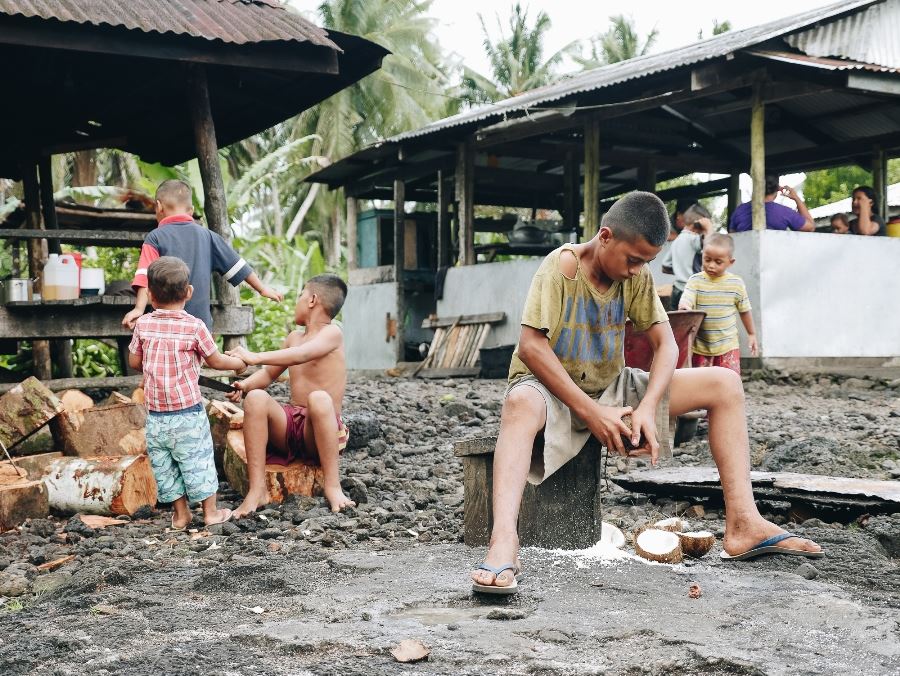 WPV: Did you encounter any issues when filming?

RB: There are always little issues when doing these films. For one, they are generally unplanned until I get there. I went to Samoa on my own accord and actually spent the first couple of weeks travelling around the island, while the WIBDI staff were away on a project.

This actually provided me with a great introduction into Samoan life though, and I was able to explore the whole island in my own time. Luckily, when the staff members returned, I was able to stay in the WIBDI office for the remainder of my time there. This was our trade-off: I made a video about their work, and they offered me a place to sleep.

Another problem I sometimes encounter is getting films translated before I leave. I have now learned from these mistakes, but for this film I actually returned to Samoa a while later to finalise the translations and also film another story (to be released soon). I always find though that these problems are all part of the fun of being a nomadic filmmaker – they keep you on your toes and force you to continue to get better at what you do.

RB: For this video, the first thing I wanted to get down was the story. Someone in the office helped me make some rough translations of the interview, and from this I was able to pick out bits and turn it into a cohesive story. From here I went and created the visual aspect of the film, and then finally the sound and colour.

The post-production for this wasn’t fast, and actually took a lot of toing and froing. I would make an edit and then leave it for a while to sink in, and then when I looked back at it, I would completely change it. This process repeated itself for a while. Finally though, I was sitting back in the kitchen of my parents’ house in London, and really wanted to finish it, so within a couple of days I made the final changes and put it online. 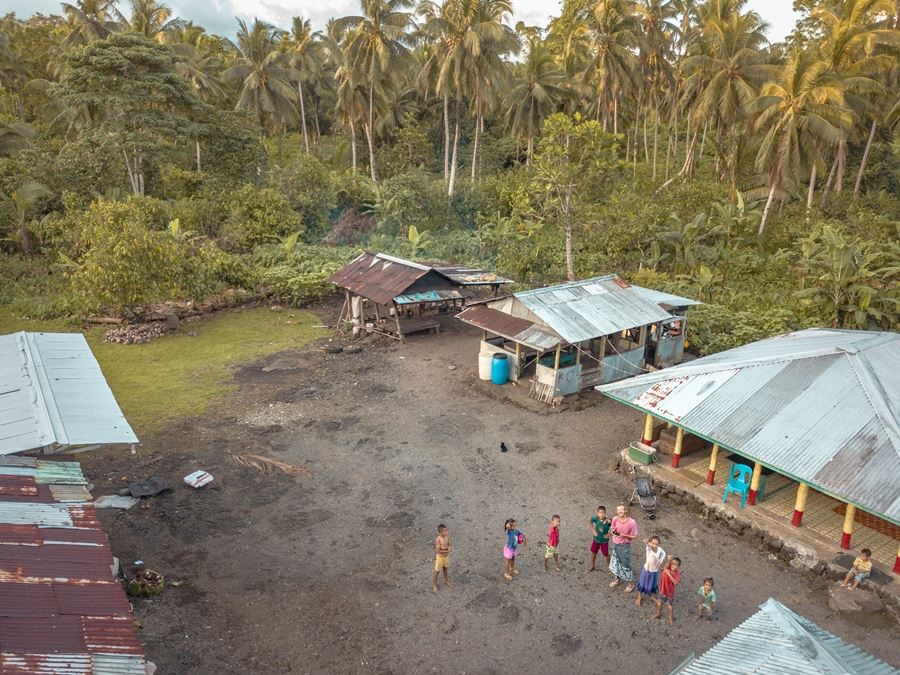 WPV: Do you have any advice for other filmmakers wanting to do something similar?

RB: My only advice, and the advice that I have always followed, is just go out and film. Don’t be afraid to get in touch with organisations and offer to make some videos for free – that’s exactly what I did for this video and it’s one of my favourite ones I’ve made. Also, don’t feel like you need to follow the hype of what you see on YouTube, especially in terms of epic transitions. If you have a personal style, be proud of it and stick to it.

RB: I’m lucky enough to have a couple of international projects this year, but my main project will be driving a minibus from London to The Gambia for a deaf school there. The vehicle will then be used as a school bus that will allow deaf children in remote villages to be able to get to school, where currently they have no access to an education. I will be making a documentary about the journey and the educational stories along the way. For more information, visit www.jangabus.org.

WexShorts Winner ‘HOME’ | Behind the Shoot