Spontaneity is at the heart of Alex Fleming’s winning WexShorts entry, Essentials

Alex Fleming: Hey, I’m a photographer and cinematographer based in London. I produce work that is coherent to my love of adventure, exploration and story-driven narrative. Due to working with both photo and video, it’s paramount that the photographic material, as well as the films I produce, are consciously composed together and deliver a collective response.

My film work for the last three years has consisted of travel and documentary projects, whether the focus is on person and place, fashion, the automotive industry or coffee. I try to collate my videos towards my interests and predominately work in areas surrounding them. 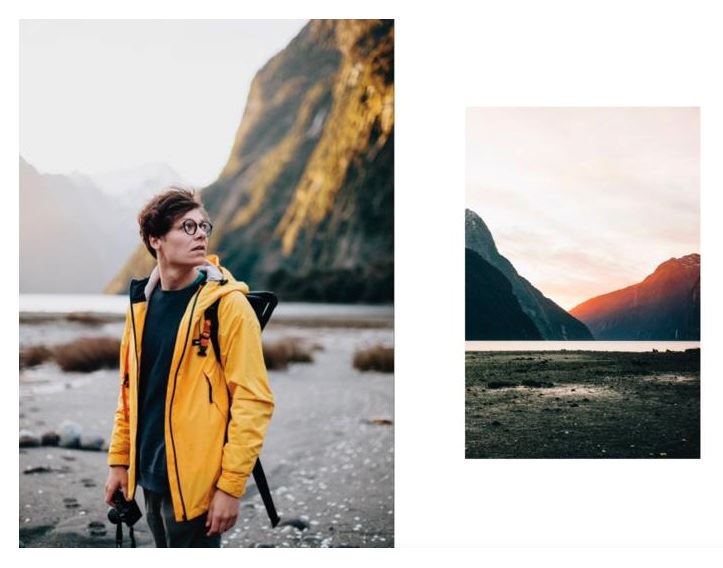 WPV: Can you tell us where the idea for Essentials came from?

AF: I was born in Norway and at the age of four my family moved to England. It has been my goal for a few years now to spend some time in Norway, producing work from the heart, and exploring and reflecting on the journey.

On that note, I’m currently working in Bodø, Northern Norway, on a personal project and additional commissions for a couple of months. Before the trip began, I planned with my friend and photographer, Joel Hyppönen, who lives in Norway, that I would explore and produce a film with him during my first week there. He is the subject and narrator of this film.

Our only plan was that this film wouldn’t just document Joel’s practice, but also show a place where he can disconnect from the busy nature of the industry. Why? I personally had never travelled there before and Joel wanted to share with me his favourite place in Norway, which gives him peace in himself to create and be a better person.

It’s a travel film, an exploration, a reflection and hugely spontaneous. It’s Joel’s personal story and more. We wanted to convey the bigger picture for artists; sometimes silence and space to breathe is the key to making better work and finding a sense of wholeness. There couldn’t be a place closer to Joel’s heart, personally, which also, visually, can take every person's breath away. 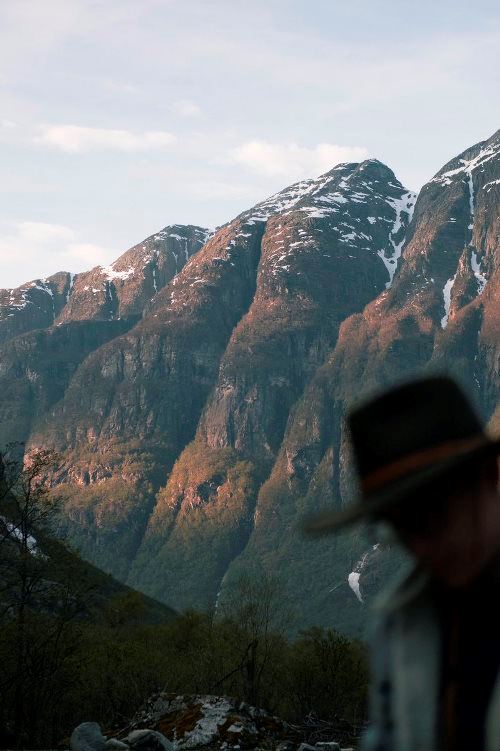 AF: I work with more of an idea when shooting a film such as this. The shoot plan was that Joel would be travelling from point A to B and what we encountered along the way would be displayed chronologically, from the sun rising to the sun setting during the end sequence. Both of us have a love for coffee and it felt like a natural pivoting moment.

We stayed in a cabin in the middle of the location. After scouting locations in the afternoon and evening of the first day, we began to produce work in the places we really enjoyed. It was about having a good time, while also making work that we fundamentally would be proud of. Again, I use the word spontaneous. We weren’t on a commercial gig, it was about enjoying the time we had in an incredible location, but having some creative direction too.

WPV: What filmmaking equipment did you use?

AF: Essentials was filmed on a Fujifilm X-T3 and two fantastic weather-sealed primes, a 23mm f/2 and 50mm f/2, paired with Tiffen Variable ND filters. The images in this article were also taken with the same system. The X-T3 has a fantastic memory recall for photo and video, plus, real-time dials on top allow for incredibly fast hybrid shooting.

Filming at 4K 60fps was intentional to allow for speed ramping where desired, as well as F-Log to really colour grade with intent. I love the camera; however, the battery doesn’t last long so I always have plenty of spare batteries and high-speed cards for the large file sizes. Apart from locked-off shots on the tripod, the majority of this film was made handheld – I like the natural feel of non-stabilised footage.

Joel brought with him a DJI Mavic Pro. My only moment with the drone had me panicking as the wind picked up, swarming in through the valley. But, this tool provided a great representation of the scale of the locations we were in. This largely involved my creative direction and Joel’s fantastic drone work.

If I were to do anything differently, I’d have used ND filters during the brighter points of the day, with the drone, in order to increase the dynamic range in the highlights of the shots. The voiceover was recorded on a Zoom H5, and any audio from the camera through an external RØDE VideoMic GO. 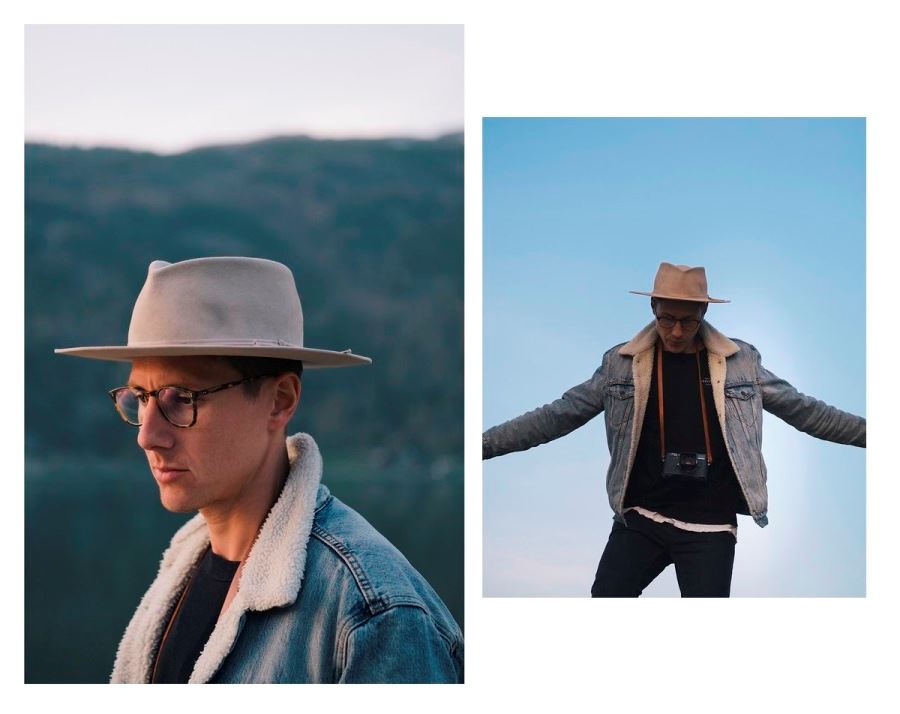 WPV: Can you tell us about your approach to lighting?

AF: I mentioned before, the plan of shooting from point A to point B, from sunrise to sunset. We intentionally used specific locations for the early 5am start and then shot the sunset at the mountain top. This really provided the basis for the atmospheric lighting. Everything is natural.

I think my approach to lighting and keeping a natural consistency from shot to shot really became routed when I began filming this project. I made a conscious effort to expose darker when it was darker and vice versa. I think I have fallen into the trap before, where I ramp up the exposure so that you can see more detail in the shadows. But this time I really focused on matching and pairing the correct lighting during each scene.

AF: Post-production began by using a media encoder to generate proxies for the 4K footage from the camera. I then made a 1080p timeline, and downscaled the 4K footage in order to get the most detail and quality out of the project. Next, I ordered all the clips, which I then cut, adjusted the speed, scaled and composed.

After this, I applied a utility LUT that would convert my footage to Rec. 709. This would provide me with a base layer for grading both the Fujifilm and DJI Mavic Pro footage, so there would be consistency. Using the Lumetri Color panel and precise adjustments, I then graded the footage in an adjustment layer. This was then tidied and organised with audio and any sound effects were corrected to give the best atmospheric effect. Following the edit, I reattached the original media and exported the final film. I did this all solo and completed it in one to two days. 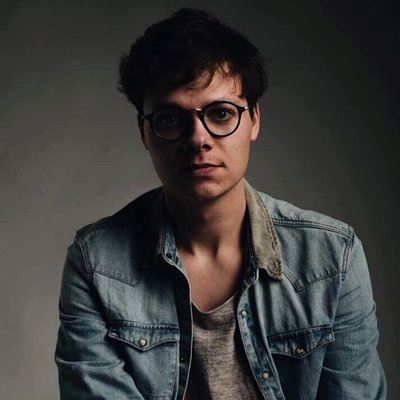 WPV: Do you have any advice for filmmakers wanting to do something similar?

AF: Your next film will always be your best. If you strive to produce better work after every project, you will continue to learn and develop new skills and techniques. Practice really does help. In addition, always pursue help. It doesn’t hurt to help one another and grow as creatives.

I learned the hard way on a previous project that when filming with Log footage, you should always overexpose your video clips. Initially, I was hitting what’s known as the noise floor on the histogram, by exposing for what I naturally thought was correct. I couldn’t for the life of me work out why my footage was so noisy, in comparison to the work I had seen others produce with the same camera. This one adjustment has really upped the quality and standard of my work.

Yes, I am producing a personal project here in Bodø that looks to document person, place and the culture of Norway. I’m hoping that it’ll be some of my best work, as it comes from the heart. I’m learning so much about this place I have dual nationality with. In addition to this, we are completing the finishing touches to a documentary about the evolution of eyewear. It’s a film I really cannot wait to lift-off.

WexShorts shortlist ‘Nomad’ | Behind the shoot