WexShorts Shortlist ‘Bobby’ | Behind the Shoot

Filmmaker Aaron Yorke talks about the production of his short film Bobby, which documents the relationship between a young boy living with autism and his mother

“I also see my diagnosis as a positive…

I understand what the children go through

and how difficult things can be for them,

Wex Photo Video: Can you tell us more about yourself and the type of films you’ve been making?

Aaron Yorke: A lot of my work is documentary-style shooting. I mostly shoot run and gun, and have to be quick on my toes because I usually only get one chance to capture footage, especially when working with children who have autism. Bobby's film was for a YouTube channel I have set up for the Birmingham Communication Autism Team.

I have also recently moved into the genre of wedding videography. I have been running a successful wedding photography business for the past four years (Incircles Photography) and now offer videography highlight films.

W: What made you want to create your film Bobby?

AY: I have been working with children with autism for over 15 years and when I set up the YouTube channel, Birmingham Communication Autism Team (CAT TV), I wanted to tell the stories from both the children’s and parents’ perspectives. My general approach is to frame the shot, set the audio levels and just hit record, and see what happens! I find that the most interesting stories appear when I do this.  Bobby's footage is part of a series of stories I have filmed called This is Our Autism.

W: How did you plan for it?

AY: I got the all clear from Bobby's school and we set up outside in the playground. This section took a couple of hours to film. The second part was at Bobby's house. It was so interesting to see how different he was in both environments, and I was so happy we were able to capture this. It’s so common to hear from parents and schools who tell me that their children's behaviour is different at school than it is at home. I feel this film reflects this well.

W: What equipment did you use to shoot it?

AY: I used two Canon EOS 5D Mark III DSLR cameras to shoot this project, with both the Sigma Art 35mm f/1.4 and Canon 50mm f/1.2L prime lenses. I love working with prime lenses when it comes to shooting video on these cameras. I then recorded the audio using a Tascam DR-5 voice recorder, with an on-camera microphone for backup (the RØDE VideoMic Pro with a Rycote shock mount). 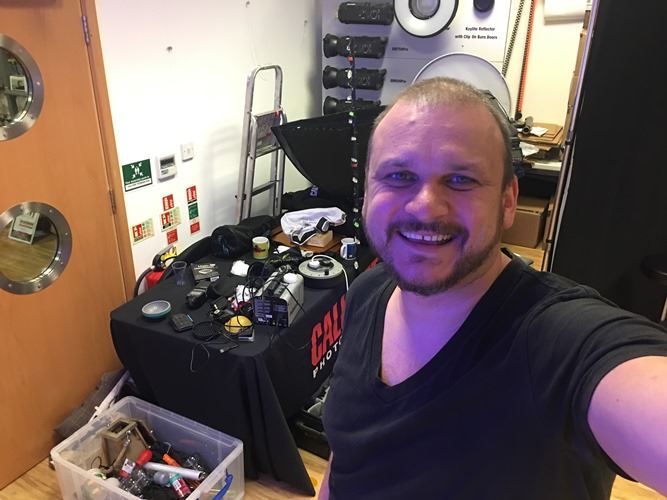 AY: I do all my video editing in Final Cut Pro. The first step was to get the general flow of Bobby talking to his mum working nicely, and the rest was natural and unscripted. I also wrote and produced the music, which gave me more freedom to create music that fitted well with the footage. I composed and produced the music using Pro Tools. When recording my guitar piece, I used a single condenser mic (SE Electronics Z5600A). Pro Tools is fantastic for writing music to a film, as I can play the video and record at the same time.

W: What challenges did you face?

AY: Regarding Bobby and his mum, I didn't really face any challenges apart from time. For example, at the school, I had to make sure no one else was recorded and I had to be finished in the playground before the bell went!

My other challenge is how I process my thinking during filming. I am diagnosed with ADHD and autism, so my mind can scatter a lot during recording. However, people say they like my style, so I must be doing something right! I also see my diagnosis as a positive, because I understand what the children go through and how difficult things can be for them, especially at school.

W: Do you have any advice for others wanting to create their own mini documentary?

AY: The best way I’ve found to work with DSLRs is to learn the basics first, such as shutter speed and fps. There are loads of YouTube channels that cover basic setups too. You also need to know what you’re doing with your audio. I always record audio using two sources. If one fails, at least you have a backup. Finally, I just wanted to mention that I’m currently shooting more stories for the This is Our Autism series and I can't wait! We have so many great stories to share of people living with autism.