Chris Parton: I’m a filmmaker and visual researcher based in London. I’ve mostly been making shorter films concerned with the human relationship in the modern age. I love anything to do with nature and the outdoors. Finding subjects with a story to tell and shooting against beautiful landscapes are what I’m really into right now.

WPV: How did Wild Swim come about?

CP: The idea for Wild Swim came after learning about the physical and psychological benefits of swimming in cold water. I’d found an increasing amount of my friends and family were facing challenges with their mental health, and found it fascinating to discover that help could come from getting outdoors and putting yourself in an uncomfortable situation. Ultimately, wild swimming can help you reconnect with your body and your human instincts.

As a perpetual overthinker myself, I decided to try it out in a glacier lake in northern Spain. It was incredibly cold, but an amazing experience that wielded really positive results. I’d seen a few short films about wild swimming, but none that really appealed to me personally. I wanted to make something that spoke to a younger audience, to help spur the conversation about what changes we can make in life to help avoid common issues with depression and anxiety. 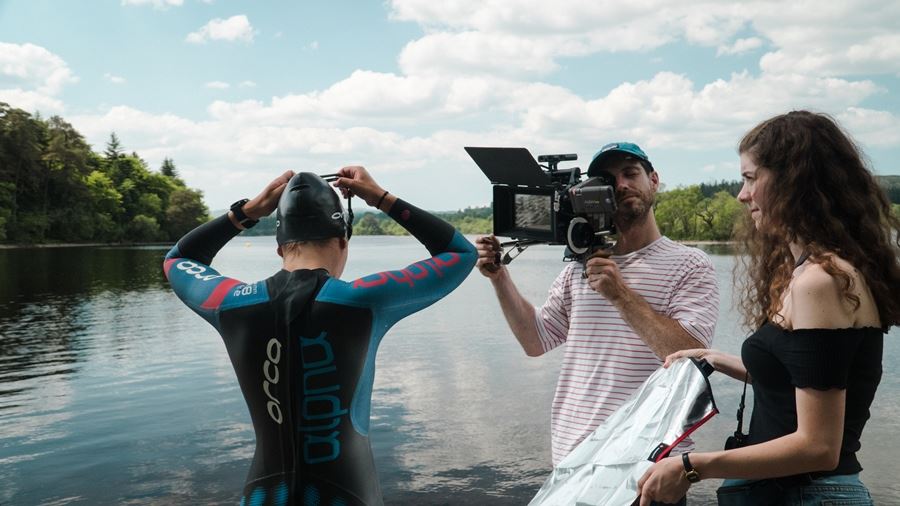 CP: I’d had the idea for a while before meeting Tom Precey, the producer (TEEPEE FILMS). But he helped me realise the idea and bring it into fruition. It was a bit last-minute and, with little to no budget, the planning was relatively minimal. We weren’t able to recce the location, so we would find places to shoot as we drove along the back roads around the loch we stayed by. We found our swimmer, Liz Kellerer, on Instagram and she was really into the idea, so we all travelled to Scotland and spent a couple of days capturing what we could on the fly.

WPV: Can you talk to us about the gear you used?

CP: I shot on an ARRI ALEXA Mini on a handheld rig with ARRI/ZEISS prime lenses. I wanted it to look cinematic, but I also needed the setup to be small enough so we could be nimble and reactive. We also had a DJI Phantom 4 drone on hand and a scuba bag for the underwater shots, which had a mind of its own in the water and took a lot of taming. I was also lucky enough to play with a lot of filters, mainly Tiffen’s Black Pro-Mist. The team at Progressive Broadcast Hire, up in Glasgow, were a big, big help in providing us with the kit we needed for this project. 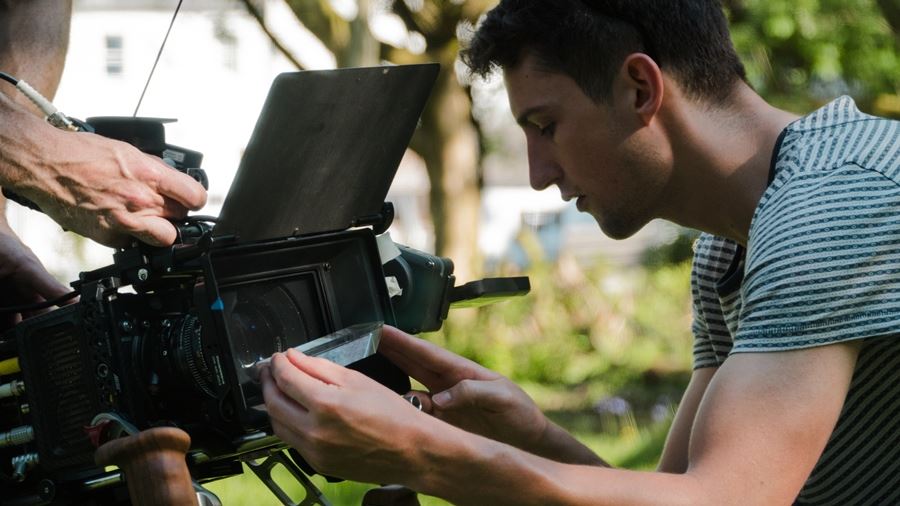 WPV: It looks like a lot of the film was shot at golden hour, but did you end up using any additional forms of lighting?

CP: We only had one LED panel light with us – which we used for some of the more abstract shots – and an off-camera flash with some coloured gels that we fired into the smoke on a few shots too. Otherwise we got most of the shots in the early morning or late evening. The underwater stuff was shot in the middle of the day to help illuminate the murky water in the loch.

WPV: Did you face any Challenges along the way?

CP: Not having the time to do a proper recce was the main challenge, followed closely by the midges! Trying to hold a shot steady while they attempted to climb in your eyes, ears and mouth was tough. Everyone was bitten to shreds come the end. The water was also much less visible than we’d hoped for, which meant we had to abandon some shots from the shot list.

The budget was of course a limitation, and with a small crew of three, it was all hands on deck to get the shots we needed over the few days we were on location. We’d also planned to do some shots in the dark, but at that time of year in the Highlands it only gets dark for about two hours around 1am. When we woke up at 4am to shoot some moody blue hour shots, the sun had already beaten us to it. 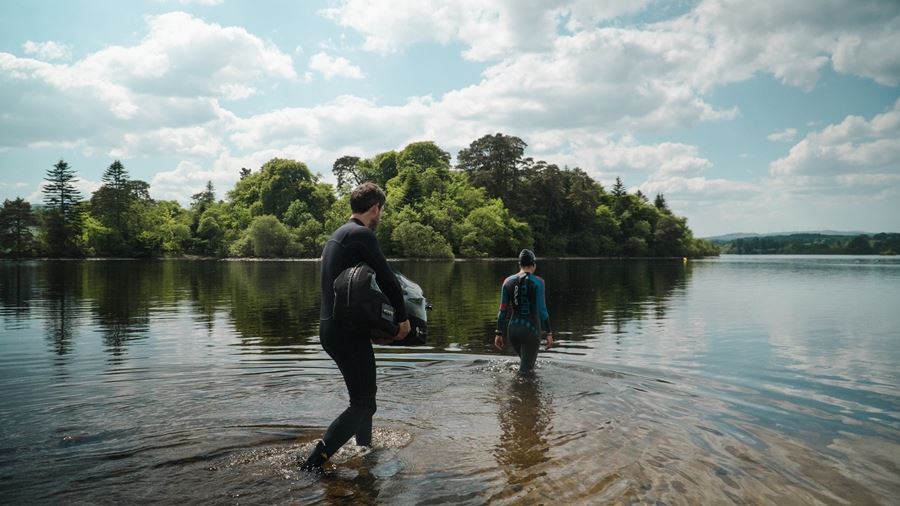 WPV: Can you take us through your post-production workflow?

CP: We transcoded the RAW footage to proxy on Adobe Premiere Pro. Then my talented friend and editor, Owen O’Sullivan, and I sent the project back and forth to speed up the workflow. I wanted to keep it short, which was a challenge as it could easily have run twice as long. A lot of great shots and soundbites had to be left out. Once we had the final cut in place, I worked with my friend, and talented composer and sound designer, Lewis Gregory, who brought it to life. Then after all the final tweaks, we relinked the RAW footage and Myles Bevan at Time Based Arts graded it beautifully.

WPV: It really is graded beautifully! Do you have any advice for other filmmakers?

CP: Shoot, shoot, shoot! Use any resources you have available, if you have friends with interesting stories then ask them if you can tell them. Always write down your ideas and, even if you think something won’t be good enough, get out there and shoot it anyway. Always look for inspiration and note down things that speak to you. This will all help define your approach to filmmaking.

To see more of Chris’ work, visit his website or Instagram. To find out more about TEEPEE FILMS, visit www.teepeefilms.com.