Two of the best travel compacts on the market – Panasonic TZ80 versus Canon SX720 HS, which is better? Matt Golowczynski investigates 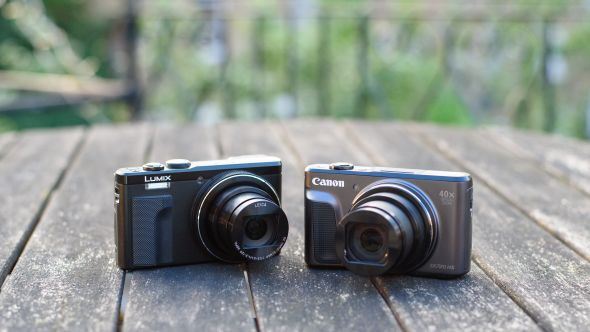 Panasonic’s TZ line of compact cameras has historically often been the first choice for people travelling abroad, with their long zoom ranges, impressive image quality and small bodies ticking the three important boxes. Today there’s plenty more competition from other brands, and Canon’s PowerShot SX line has become one of the most successful challengers.

Canon’s latest PowerShot SX720 HS stands as a direct rival to the Panasonic Lumix TZ80, with both models appealing to the same type of user. So how do they fare in a head-to-head? Let’s find out.

Both the Panasonic Lumix TZ80 and Canon PowerShot SX720 HS employ 1/2.3in sensors, with the SX720 HS’s offering 20.3MP and the TZ80’s a slightly lower 18.1MP. Full HD video is available on both, although the TZ80 extends this to 4K recording, with the option to extract an 8MP still image from the footage. The TZ80 is also the only one of the pair to offer Raw format shooting in addition to the standard JPEG option that’s present on both cameras. You can adjust the sensitivity on both models between a range of ISO 80-3200, with the TZ80 stretching further to a setting equivalent to ISO 6400.

In terms of optics, the TZ80 is equipped with a lens equivalent to 24-720mm (f/3.3-6.4), while the SX720 HS’s lens travels over a broader range equivalent to 24-960mm (f/3.3-6.9). Both lenses also feature image stabilisation, which is essential on such cameras when you consider their focal range. 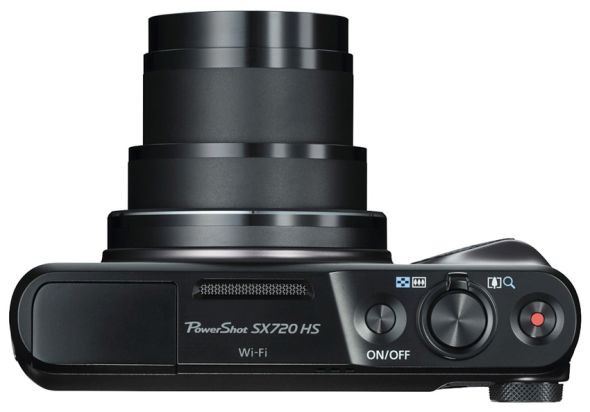 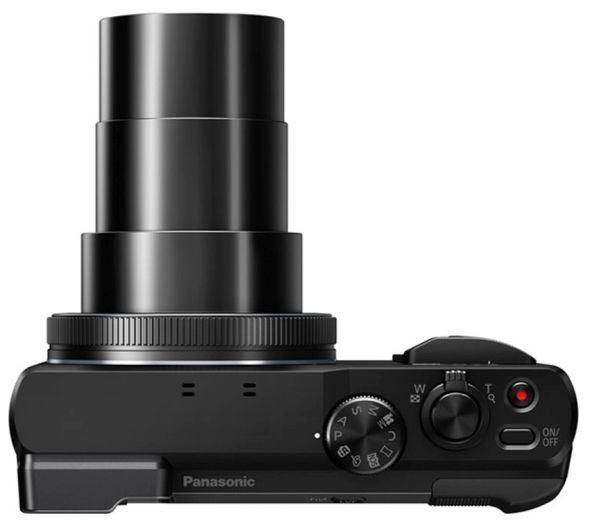 The SX720 (top) and TZ80 (bottom) with lenses fully extended

A three-inch display is found on the rear of each model, with the SX720HS’s containing 922k dots and the TZ80’s a slightly higher 1.04million. Neither display can be pulled away from the camera in any way, although the TZ80’s screen has the distinct advantage of touch-sensitivity over the SX720 HS’s more conventional one.

The TZ80 also complements this with a small electronic viewfinder with 1.66million dots, something the SX720 HS doesn’t offer. Neither camera is equipped with a hot shoe, which rules out the use of external flash units or other hot shoe-mountable accessories. Both cameras do, however, offer a small flash, with the TZ80’s at its front and the SX720 HS’s concealed within the top plate and released with a catch to the side.

Both cameras are furnished with ‘Creative’ options that apply effects as you shoot in order to save you time processing. Panasonic’s Creative Controls stretch to 22 in total – with options such as Retro, Cross Process and Fantasy – while Canon’s Toy Camera, Soft Focus and Fisheye Creative Filters join a handful of others to make a total of seven. The two cameras also offer a variety of colour options for more conventional shooting.

Burst shooting is possible on both cameras, with the SX720 HS capturing images at a maximum 4.9fps and the TZ80 at 5fps. The SX720 increases this to 5.9fps by deactivating live view, while the TZ80 stretches to 10fps without live view and a significantly faster 40fps when using its electronic shutter.

Each camera complements its basic feature set with a handful of clever extras. The TZ80’s most impressive feature, named ‘Post Focus’, uses its 4K technology to capture an image that can have its focus point shifted after capture, which means you can select a part of the scene that was originally out of focus to be in focus (at the expense of the focused part). Meanwhile, the SX720 HS offers a useful Zoom Focus Assist option, which automatically adjusts the zoom as a subject moves towards or away from the camera, in order to keep it within the confines of the frame.

While both cameras can be slipped inside the average pocket, each has managed to find room for a grip on the front plate to improve handling, and each also has a small rubbered area on the back for the thumb to rest. 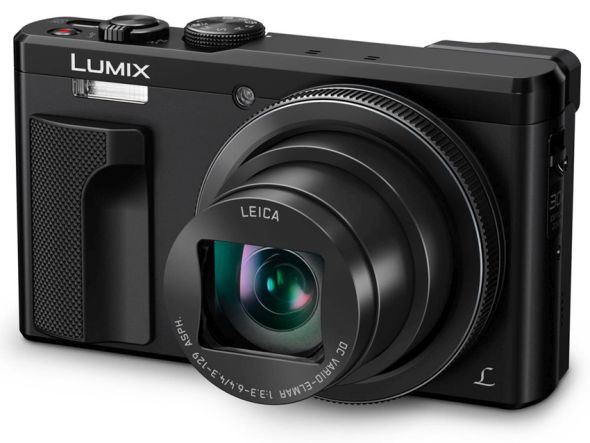 The TZ80, with pronounced grip showing

Because of this, handling between the two models isn’t too dissimilar, although the TZ80 has a slight edge here, with its grip more defined and bearing a rougher texture that provides superior security in the hand. Also, the fact that the TZ80’s grip is further away from the side of the camera means it fits more comfortably in the hand. The position of the mode dial on the SX720 HS’s rear also leaves far less space for the thumb. However, the overall difference between the two is not hugely significant. 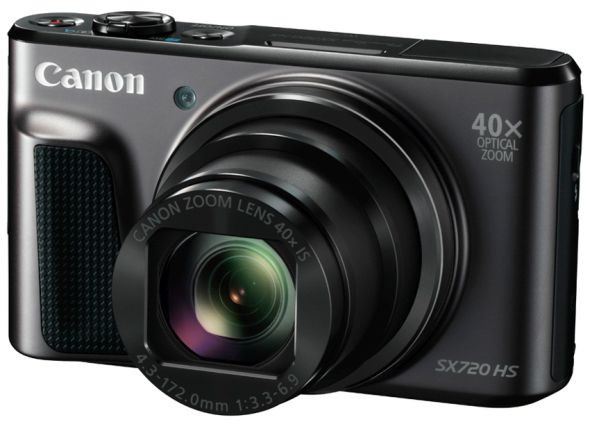 The two models offer a similar amount of physical control, although the buttons on the Canon are larger and more pleasing to operate. The TZ80 has the advantage of allowing many features to be controlled through the touchscreen itself, and this includes further (virtual) customisable function buttons, bringing the total to nine. This kind of control is not possible on the Canon on account of it not having a touchscreen.

Some may, however, prefer the SX720 HS’s simpler approach. The TZ80 appears overburdened with shooting information, and those with larger fingers may find this abundance of virtual controls and their small size to be somewhat awkward in use.

One bonus of the TZ80 is the control ring around its lens, and on default settings this initiates zooming. Given that the collar around the shutter-release button performs the same action, I found it more useful to assign exposure compensation to this, although you can choose another option from a raft of alternatives such as sensitivity and drive mode. 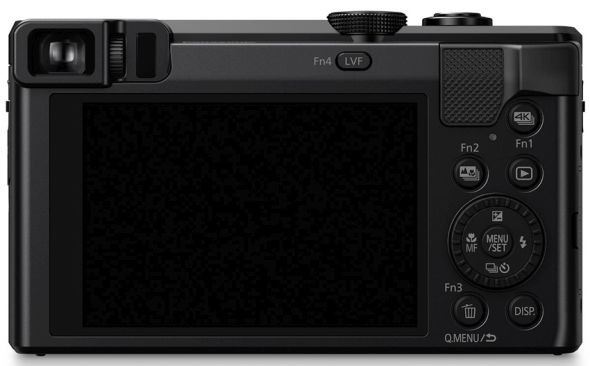 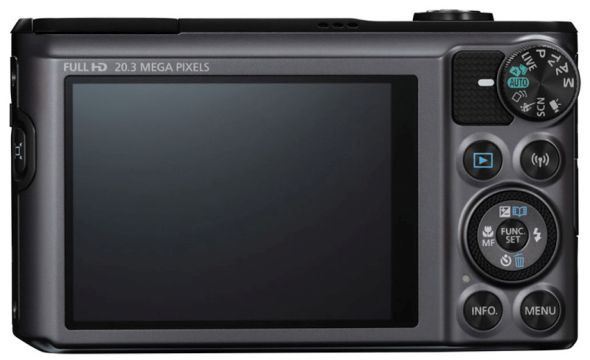 Although the difference in resolution between the two rear LCD displays is marginal, the advantage of the TZ80’s screen is clear. It’s noticeably crisper and less affected by noise, with punchier colours and better contrast. It’s perhaps not quite as responsive to touch as the screens we’ve seen on other recent models, although it’s responsive enough to be used for focusing, option selection and so on. The EVF may be far smaller than those we’re used to seeing on interchangeable lens cameras, but I found it worked perfectly well in situations where the LCD was less practical, displaying a pleasing degree of detail.

Autofocus performance is very much an area where recent Panasonic cameras have excelled, and the TZ80 turns in a fine performance. When used on its standard 49-area option in good light, it often manages to focus as soon as the shutter release button is pressed. Although the Canon can’t quite match this speed, it’s hardly a slouch itself, and for most subjects it’s not likely to be considered significantly slower – it’s just noticeably hesitant when the two cameras are side by side.

The TZ80 also appears to have the edge with its shot-to-shot times, even when the camera is set to record Raw and JPEG images at the same time – although, as with focus, those using the SX720 HS in isolation will probably be perfectly satisfied with its speed. One important area where the SX720 HS does have a slight edge is control over the zoom; I found it easier to adjust the zoom in fine increments than I did on the TZ80, regardless of whether I using the TZ80’s lens control ring or the collar around its shutter-release button. 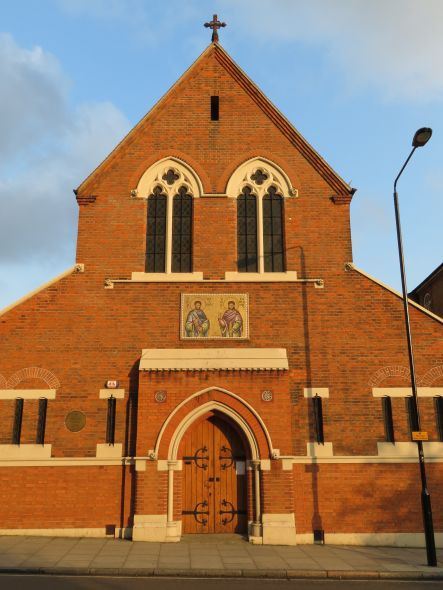 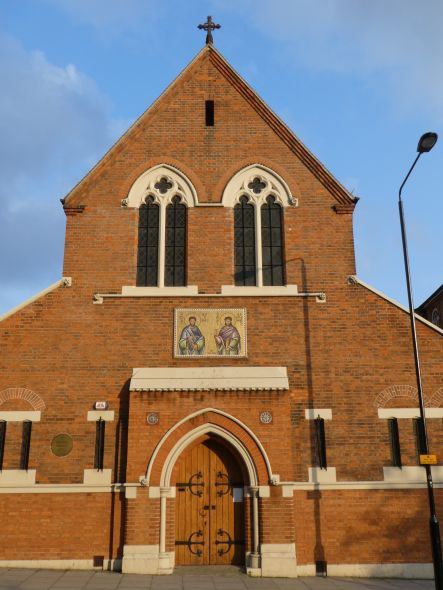 The AWB results from the Canon (top) and Panasonic (above). Left to its own devices, the Canon produces a significantly warmer image

One area where the two noticeably differ is with Auto White Balance. The SX720 HS tends to prefer a warmer reproduction of the scene compared to the TZ80. On balance, the results from the TZ80 appear more true to life, although some may find this too neutral and prefer the SX720 HS’s default output. It’s worth nothing however that there were occasions during this review where the SX720 HS’s output was far too warm, to the extent that I had to check whether the camera was actually still set to its Auto White Balance setting.

The SX720 HS also has a tendency to produce slightly brighter images than the more balanced results from the TZ80, which means that colours generally appear more saturated in images from the TZ80. It is quite typical for compact cameras to produce slightly brighter images than what we’re used to seeing from CSCs and DSLRs to make them more usable straight away, and so again, some may prefer Canon’s approach here (even if Panasonic’s is more accurate). 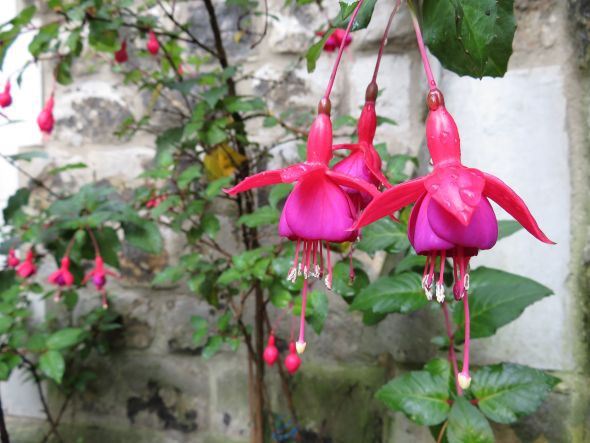 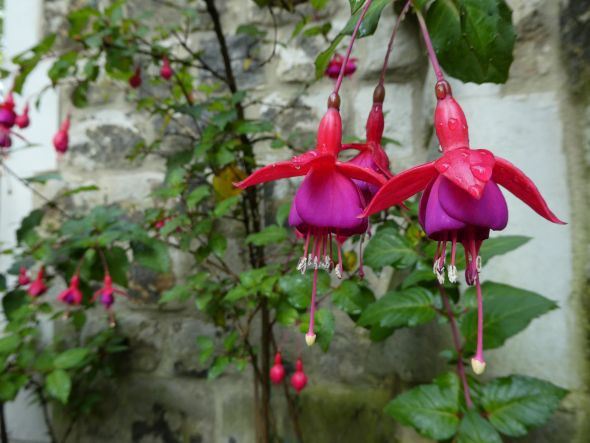 There’s little to split the two when it comes to high-ISO results. Although there is a certain blotchiness in images from both cameras, images from the Canon SX720 HS do show marginally better detail with less aggressive noise reduction than the Panasonic TZ80. The SZX720 HS generally resolves detail slightly better further down the sensitivity range too. 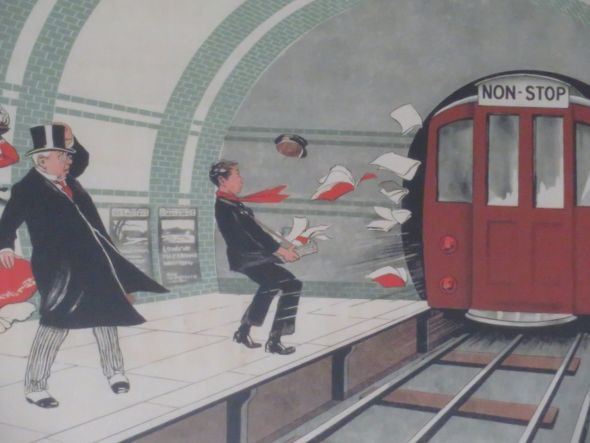 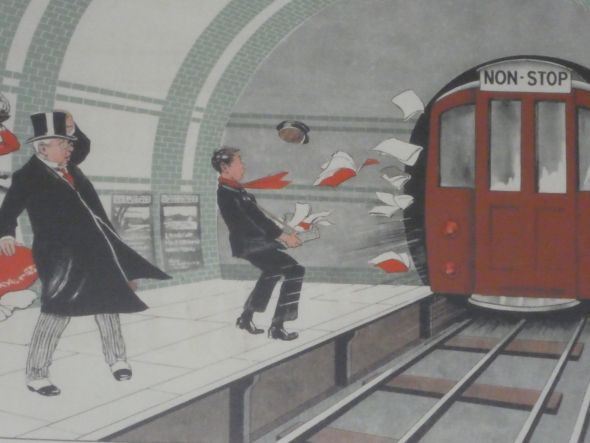 High ISO results from the Canon (top) and the Panasonic (bottom)

The fact that the TZ80 offers a Raw-shooting option suggests that it would ultimately have the upper hand, as users can process such images with greater care than the camera. And it’s certainly possible to achieve better contrast and colour, and to leave image details more intact. However, the extent to which you can successfully process out noise without sacrificing detail is very limited in images from such a small sensor – and it makes you appreciate why most cameras with such sensors don’t offer Raw shooting as an option.

With video, the quality in both cases is somewhat lacklustre when set to Full HD quality, although the TZ80’s quality significantly improves when set to its 4K option – not quite to the standard of its compact system camera cousins and other larger sensor 4K models, and with a little more noise, but better all the same. 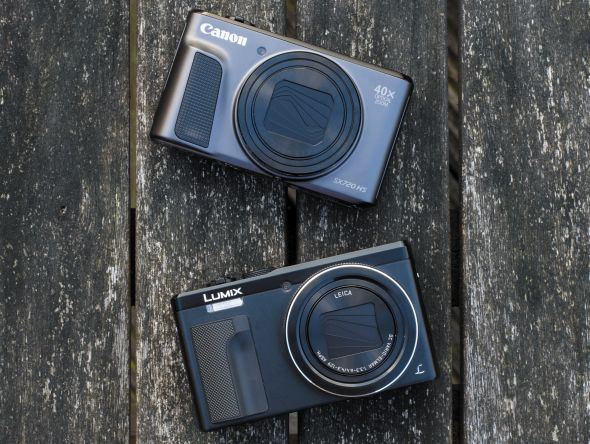 Although the Panasonic TZ80 is a touch pricier than the Canon SX720 HS, its range of advantages – from its electronic viewfinder and touchscreen display, to 4K video and Raw shooting – makes it unquestionably better value for money. This alone means that those wanting to take more control over image and video recording are likely to be drawn more towards what it offers the user than the SX720 HS.

This doesn’t mean that the SX720 HS should be overlooked, however. It has the attraction of being slimmer and slightly more pocketable, and while its marginally higher sensor resolution next to the TZ80 doesn’t makes much practical difference, but the slightly better noise control and detail retention throughout the ISO range will please those wanting to either crop into their images or produce enlargements. The simpler interface and more restricted level of control may appeal to those just after a fuss-free, point-and-shoot camera with a longer lens than usual.