Can’t choose between the new Fujifilm X-T2 and the X-T1? Read on to learn the key differences

The differences between the new Fujifilm X-T2 and the X-T1: Design and feel

There aren’t many obvious differences between the Fuji XT2 and the Fuji XT1 in terms of design. Both cameras have weather-sealed, alloy frames, with the new camera retaining a similar look and feel to its predecessor. But closer inspection of the X-T2 reveals some key and helpful revisions.

The dials are now taller and have clickable locks that make them secure and more tactile. The grip is now a touch more substantial too, further improving usability. Movie record no longer lives on the right-hand shoulder of the camera. It has instead been included it as an additional option in the drive-mode switch at the base of the ISO control dial, on the left side of the camera body.

When taking pictures, the larger eyecup of the X-T2 is easier on the eye and the tiltable LCD now has an extra axis of movement – the screen can now also be tilted outward from the left side, making it easier to see the screen when shooting in portrait at extreme angles.

Autofocusing on-the-fly is easier thanks to a new focusing lever. It sits in place of the quick menu button, that has now been shifted up into the place of the now redundant Focus Assist button. Another subtle change on the rear of the camera sees the 4-way control buttons slightly more raised, making them easier to operate.

The newer 24.3MP X-trans CMOS III APS-C sensor, featured in the X-Pro2, has made its way into the X-T2. The result is that image quality is improved over the X-T1, particularly in terms of colour depth and detail clarity.

The X-T2 is faster than the X-T1 in ways that matter, especially for those who plan to shoot fast-moving action. Both cameras have a base continuous shooting capability of 8 frames per second, but the X-T2 can now shoot at 5fps during live view. 11fps (mechanical shutter) is available when the X-T2 is partnered with the Vertical Boost Grip.

The new X-T2 grip adds an extra two batteries, enabling the camera to be powered by three batteries rather than just two vs the old X-T1 grip. The new grip also shortens the interval time when taking pictures and speeds up AF by reducing the time it takes the camera to focus and re-focus.

The X-T1 flirted with video by including Full HD 60p and a 2.5mm microphone input but it would be fair to say that video was an afterthought with that camera.

But things now seem to have changed, signalled by the inclusion of movie recording as a dedicated option on the drive switch as well as full 4K video shooting. By creating a video mode option, Fuji has given users greater control over the settings they choose when shooting video. That also includes using Fuji’s famed film simulation modes. It’s now possible to monitor and adjust audio for the first time, with a 3.5mm headphone input. A 3.5mm stereo mic input is available via the optional Vertical Boost Grip. Pros will welcome the inclusion of a clean HDMI output for 4K-video recording and a flat profile (F-Log) that takes advantage of the sensor’s dynamic range.

The Fujifilm X-T2 vs X-T1: Which one should you choose? 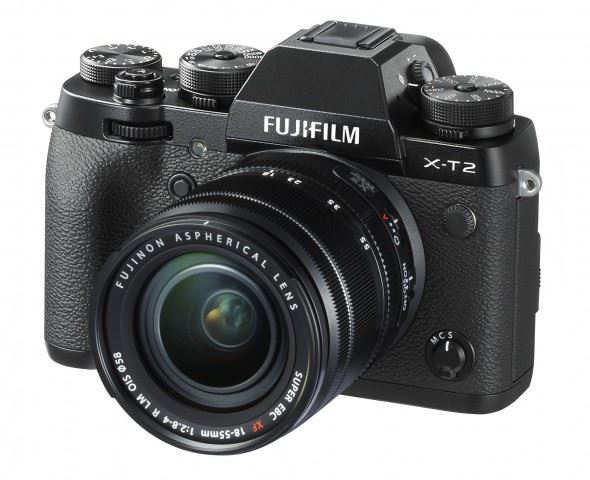 The Fujifilm X-T2 offers some of the latest technology available in a classically-styled and tough body. But a higher-resolution sensor and a more advanced autofocus system obviously comes at a premium vs the older model. With the release of this new camera, the X-T1 is now looking more affordable and still offers excellent image quality. But in terms of value for money, the new X-T2 has an impressive feature set for the price.

The X-T2 has the edge if you’re in the market for a camera that’s better-suited to photographing fast-moving subjects. The fact that it also has strong video credentials will be an added bonus for many. But for some, the video functions will make this camera a more viable option as a main camera for reportage and documentary-style work.

If not you’re looking for a mid-priced camera, the X-T1 is one of the strongest options from all manufacturers. But if you want the best of Fujifilm X-series, the recently launched X-T2 is the camera for you and is worth the extra investment.