A Macro Lens in the Studio

A point of view

For many people it’s easy to dismiss macro lenses as something of a one-trick pony; they’re for close up photography of flowers, bugs, stamps – whatever, and if that’s not your area of photographic interest then there’s very little point in having one in your kit bag. For photographers who enjoy getting up close and personal with their subjects, like myself, it’s still easy to assume that your macro lens has a relatively niche use and ignore it most of the time. 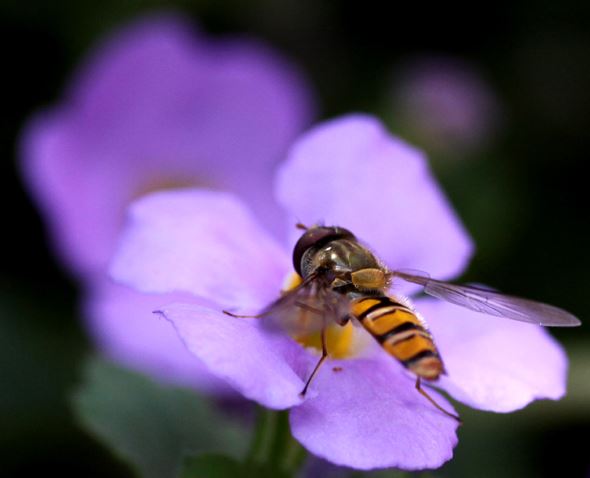 Macro shot of a hoverfly on a flower

But it turns out that the humble macro lens doesn’t have to be reserved for occasions when you’re knee deep in swamp water and face to face with a frog, or on your belly in a meadow chasing a ladybird through the grass.

My own personal discovery of this came about when I asked if I could try out a new 60mm macro lens that had come into stock. Because we didn’t have any loan stock for me to borrow, I was advised I could have one for a day or so, but that it couldn’t be taken off the premises. Feeling a little restricted, but not one to pass on the chance of playing with some new camera gear, I gratefully accepted and set about working out what I could do with the lens within the confines of the Wex Photographic building.

Thinking inside the box

We are quite lucky at WEX in that we have a small studio for the use of the Wex Photographic employees. It’s compact, but functional and well equipped, making it perfectly adequate for most purposes from tiny still life up to full length portrait shots.

The natural place to start with the macro lens I had borrowed was on the still-life table, setting up various mini-studies based on the contents of the office stationery cupboard. One of the characteristics of the macro lens that became immediately obvious was its shallow depth of field. Granted, being an f/2.0 lens it was bound to have a very shallow depth of field when wide open, but when working so close to your subject this becomes even more exaggerated. 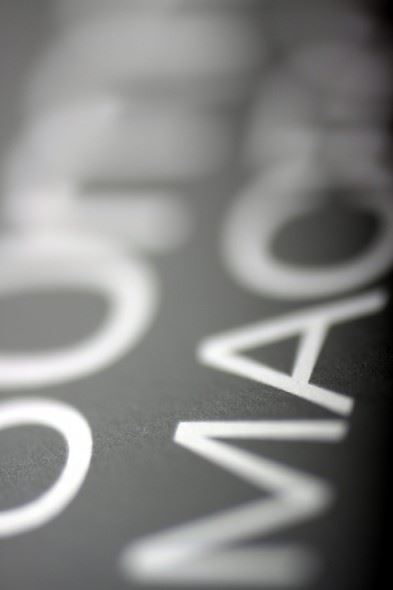 The depth of field at f/2.0 is very shallow

The beauty of this is that it can turn even the most mundane of subjects into intriguing close up studies, the collection of everyday stationery items taking on an almost alien appearance.

Pins and paper-clips in macro

Looking around the studio for other potential subjects I found a small hook-and-loop strip; another totally mundane subject that produced my favourite studio still life of the session. 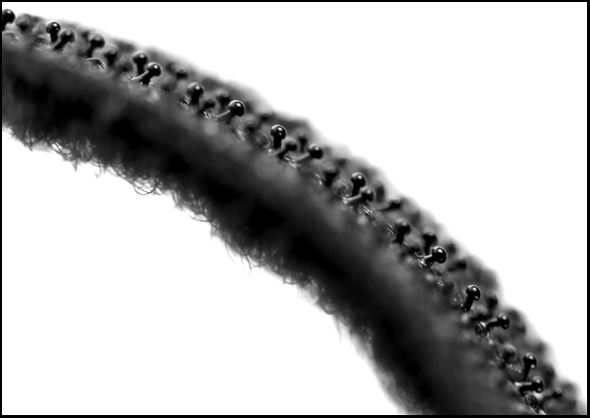 Pretty good if I do say so myself. But if we’re being honest, it; hardly setting any new ground for macro lenses. Sure, it’s in a studio environment, but its still photos of small things close up, so what else does a macro lens have to offer?

Up close and personnel

Put quite simply, a macro lens with a focal length of around 50-60mm makes an excellent portrait lens. On an SLR with an APS-C sized sensor, the 60mm lens I was using gave an angle of view equivalent to a 95mm lens on a 35mm film camera, which in old money is ideal head-and-shoulders portrait length.

I had the lens, I had the camera and I had the studio at my disposal. All I was missing was a subject. A quick sweep of the Wex Photographic contact centre managed to find one volunteer who was both willing and able to vacate their post, so our resident ballroom dancer (no, that’s not his job description) Martin accompanied me to the studio.

To start with we tried some straight forward, head-on portrait shots, using the shallow depth of field provided by the f/2.0 macro lens to focus on the key areas of the face. I also had the luxury of a ring-flash to compliment the lens and, after getting Martin to relax a little and stop worrying about his hair, started getting some good results. The combination of the ring-flash lighting and shallow depth of field created a flat, almost surreal image, which when uploaded later that day, became even more striking when converted to monochrome. 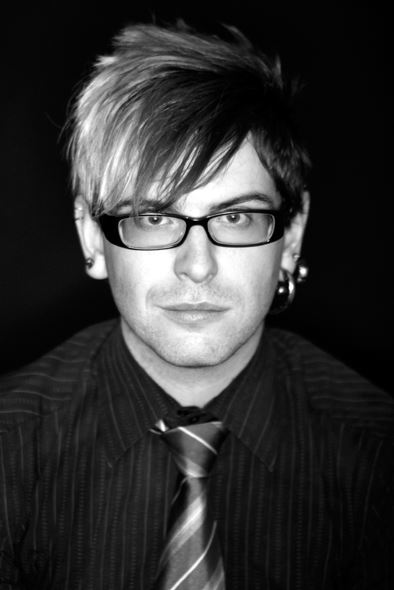 Pleased with the results I was getting with the macro / ring-flash combination and with Martin settling in to his modelling role I tried a few more experimental shots with some standard studio lights and soft-boxes. Once again the shallow depth of field played an essential part in the formation of the image. 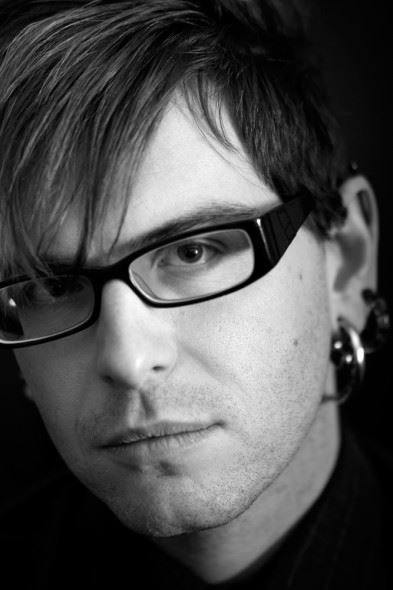 Of course, it’s certainly fair to suggest that a standard 50mm lens with a maximum aperture of f/1.8 could achieve similar results. However, I’m inclined to argue that in this sort of environment and working distance, the optics in a dedicated macro lens just seem to have the edge. And it goes without saying that with a macro lens you can start getting up close to your subject and try some more experimental angles. 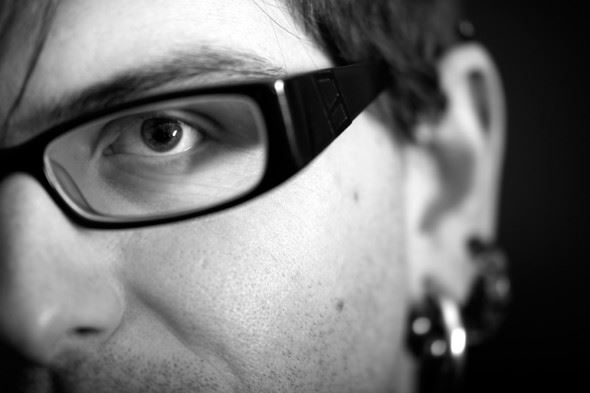 So macro lenses not only make fascinating close up photography possible, but are also a great choice for portrait shots, either in a studio like these or candid shots in a real-world environment, where their great sharpness and wide maximum apertures provide a wealth of possibilities. But for my first foray into studio shooting with a macro lens, the thing that appealed to me most of all was not just its incredible close up performance or its suitability as a portrait lens, but rather a combination of the two. 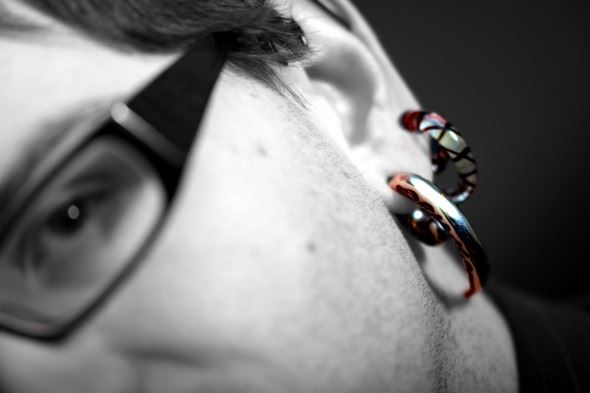 Thanks to the macro lens this is no longer portraiture - this is art!

Yes it’s arty-farty, yes it’s been played with in Photoshop, but it quicly became one of my favourite all time people photos and it simply wouldn’t have been possible with any other type of lens.

Ok, most of us are probably well aware that macro lenses make great portrait lenses – I knew, on paper at least. But this was the first time I had actually put this theory into practice and I am now even more enamoured with macro lenses than I was before. So even if creepy-crawlies, flowers, or life in miniature aren’t your thing, there’s still every reason to have a macro lens in your collection. It might be more useful than you think.