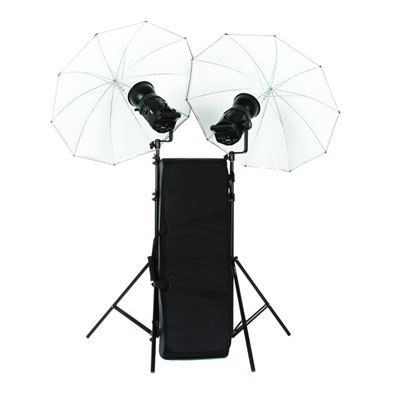 Accidents happen, especially in studios, often caused by eager photographers who forget to disconnect the sync lead from their camera and pull over their flash head. It happens all the time and accounts for a high percentage of expensive repairs. That’s why triggering flash cordless is such a good idea. Apart from causing less accidents, a cordless system enables the photographer to move around with much more ease and freedom. The best option of course, is for the flash head to have a built in triggering system and I’m pleased to say that manufacturers are responding to the challenge.

That brings us neatly to the new version of the Bowens Gemini 400, a model that has been incredibly popular for both the enthusiast and semi pro alike and is such a good all rounder in the studio. The original 400 already had a pretty good spec and featured a metal body, an extra bright 250W modelling lamp, a five stop power range and that essential Travel Pak socket to run it outside on location. Bowens have recently upgraded the Gemini 400 and added another very useful feature, a built in Pulsar radio receiver and this new version is the called the Gemini 400Rx, launched at Photokina last year.

Bowens have also added the receiver to the smaller Gemini 200, upgrading it to that to the 200Rx.

As Bowens say, “The Pulsar radio allows full control over 24 different radio zones, using four channels and six studio settings, enabling photographers to isolate various light sources or combining them and firing them all at once, without leaving your camera”. As you can see, that’s a very high spec and the perfect way to operate ‘cordless’ in the studio. Its not as easy as you might think to add a trigger into a flash head and I’m told that interference is one the main problems to overcome, however, Bowens have obviously solved this issue. The design of the 400Rx remains unchanged from its predecessor save for a very neat addition to the top panel. The small antenna is the only give away that tells you where Bowens have attached the receiver, although its so slim, without the stubby aerial showing, you would not know it was there. The operation of the receiver is simplicity itself and just one button allows the user to set it.

The key to the success of the Pulsar system is the transmitter that attaches to the camera's hot shoe. It’s at this end where the photographer needs all the control and the Pulsar certainly delivers. One could argue that it has too many features and I have to say I haven’t met anyone who has used every single one. However, its simple to access and set, and when you have, I suspect you’ll never change it again, much like some camera settings!

The new Gemini 400Rx can be bought either as a single head, or as a conventional two head kit. There are many benefits of buying this kit because the heads are very small and lightweight despite those metal bodies, and that 400j power delivers a very respectable output that will be ideal for the portrait or commercial photographer.  I say commercial photographer because I know that many of you shoot small products, especially for the web and 400j will enable you to shoot most things.

Obviously buying the kit makes most sense, as Bowens, like other manufacturers offer the kit at a very advantageous price. The twin head 400Rx kit includes the two heads, two stands, two 90cm umbrellas, two wide angle reflectors, modelling lamps, leads and of course that Pulsar TX transmitter. Another nice feature is that the kit is split into two parts and comes with the heads in a small traveller case and the stands in a separate bag, making it much easier to carry, transport or store.

As you can see from the spec, the twin head 400Rx kit is designed for portability, and having two brollies certainly keeps the overall weight down. However, if I were shooting at home most of the time I would invest in a couple of key accessories. Using brollies for portrait work is fine, but at 90cm they do take up space in a small room. My first would be a choice between the Bowens 38cm Softlite, ideal for the smaller studio, or the new slightly larger 53.5cm Beauty Dish. Either of these reflectors will be invaluable to the portrait photographer, no matter what style you shoot. The Softlite has a soft, matt silver surface and the Beauty Dish has a classic white finish that you know will keep everything very soft, and very even, both important when shooting larger groups.

My second choice would be the Bowens Backlite reflector, as the name suggests designed to light backgrounds. It’s perfect for the smaller studio, especially if you struggle to light Hi Key. It also has two spring clips that are designed to hold gelatin filters, available from Bowens in a set of 12. Ideally, this reflector should be used on a floor stand to keep it as low as possible and out of camera shot. Used behind the subject and about half to one metre in front of the background, the Backlite will throw an even light directly onto it and up behind the subject. Believe me, it really does work and will solve all your problems shooting head and shoulders and three quarters portraiture work.

To sum up, the Gemini 400Rx has always been a strong proposition, for any type of mid range portrait or commercial work, in or out of the studio thanks to that Travel Pak socket. And with the other features I mentioned, the metal body, the brighter modelling lamp, its five stop power range and now the built in Pulsar receiver makes this new version even better and easier to use.

If you have any questions about the Gemini 400Rx, the Pulsar Trigger system or those accessories, please drop me an email.