Bowens have just released a new version of the very popular Bowens Pulsar Radio Trigger, a system that allows you to shoot cordless without a sync lead. Designed to work with the Bowens Gemini Classic, the Gemini R and the Gemini Pro range, it replaces the older style transmitter with a brand new mini version, not that you could describe the original design as large in any way. 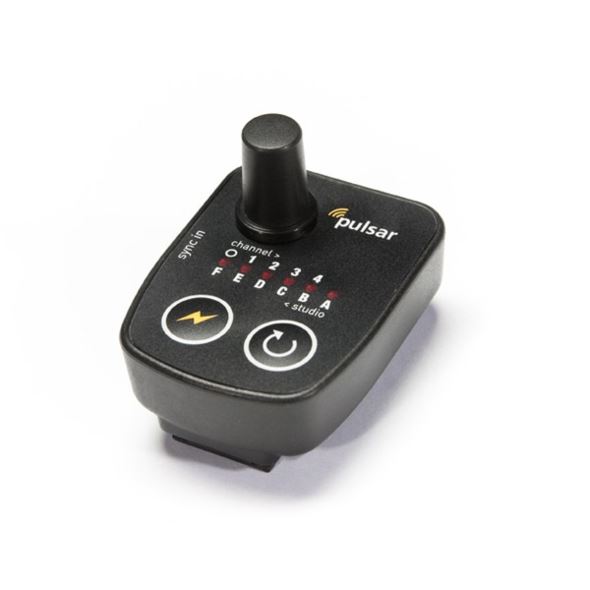 The new transmitter, the Pulsar Tx (TX standing for transmitter) is very small, in fact it’s not much bigger than some hot shoe adaptors. It connects to the camera via its own hot shoe fitting, but some cameras like Sony and Minolta will need adaptors. Unlike its predecessor it has all its functions clearly displayed on the top panel, making it a lot easier to use and to understand.

I got a phone call just the other day from a very worried photographer who was struggling to make his Pulsars work. After a few questions, I found that the problem was that the receiver was set to studio channel A, but the studio channel on the transmitter was set to B. He hadn’t realised that they had been changed and didn’t think to check because they were on the side of the Pulsar!

So, the new Pulsar Tx, with its studio channel and channel selector now on the top panel will show the photographer this important information at a glance. The two scales are neatly arranged from 0 to 4 for the channel selector and from F to A for the studio channels. I know that F to A is back to front, but it’s the way that the channels are selected via the select button, the button with the white arrow.

By pressing the select button, a red LED moves between 0 to 4 each time its pressed and to select a channel, the LED is left at the number you select and the information is stored. In a similar way a studio channel can also be selected by pressing the select button, moving the LED between F to A once again storing the information at the preferred letter. 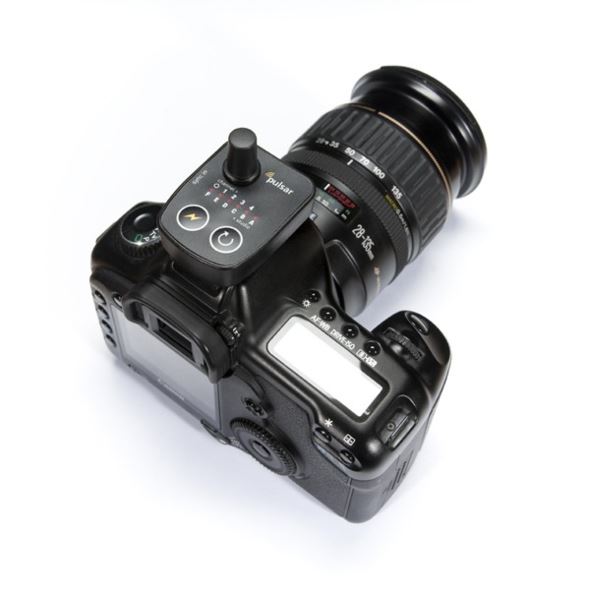 To make sure everything is working correctly the Pulsar tx has a flash test button, the button with a yellow flash on it, that can be pressed to fire off the flash. It’s very important that whatever system you use, always make sure that everything does actually work before you start shooting. If it doesn’t, it maybe that something’s not switched or it could be just a loose connection and a little fiddling and pushing will do the trick. With that in mind, the new Pulsar Tx has its own unique ‘click lock’ on its hot shoe connection to ensure that it won’t misfire whether its used in portrait or landscape mode.

Some other quick facts about the Tx, it's powered by a 3v lithium battery, about the size of a 10p piece which drops neatly into small drawer that slides into the base of the Pulsar. It’s designed to work up to a range of 25 metres and operates via 433Mhz. It also has a mini ‘sync in’ socket on its left hand side.

I spent a day testing the new Tx, shooting some table top stuff with a Gemini 250 R, and it worked a treat with no problems or misfires. It was very easy to use and very easy to set, either as a studio or card channel, I couldn’t fault it. If you haven’t worked with a cordless system before and still rely on the sync lead then give the new Pulsar Tx some serious thought. Using the Pulsar system will give you much more versatility to move around and shoot, especially working outside with the Bowens Travel Pak.

Finally let me just confirm the compatibility of the new Pulsar Tx. It’s designed to work in conjunction with the Bowens Pulsar receiver card and aerial. The card fits into a slot on the rear panel built into the following units: the Bowens Gemini Classic, the Gemini R range and the Gemini Pro range. These units also have the socket on the right hand side for the Pulsar aerial. The Tx will trigger any Bowens card with a frequency of 433Mhz. I understand from Bowens that this new Tx will not trigger Pocket Wizard cards.

The Pulsar Tx is available either as an individual transmitter at around £95.00 or as a complete Pulsar card kit at around £134.00

If you have any questions relating to the new Pulsar Tx trigger, or any other flash related topic, please drop me an email via steveaves1@tiscali.co.uk