The 5D Mark III is the long awaited upgrade to the much loved 5D Mark II camera from Canon.  I've had mine now for a few months and Wex have asked me to present a review of the camera.

I am a full time professional wedding photographer.  I shoot with a combination of cameras, notably the Fuji X-Pro1 and the 5D range of cameras from Canon.  The 5D2 was the first full frame body I owned and I ended up working my way through three of them.  They were great cameras that performed admirably in tough low light situations.  I loved my 5D2’s but there was always the nagging issue with focus tracking and AF lock in low light conditions.  I would comfortably work with it 6,400 ISO but beyond that there were serious banding issues and image breakdown.

So, when the 5D3 was announced I was really quite excited about it.  The specs were almost as predicted if you listen to the rumour websites – you can see a full spec list on the Wex website but here are the features that stood out for me:

The actual body itself is not too dissimilar to the 5D2, with the major changes, perhaps the most subtle in terms of ergonomics and functionality.  Immediately you will notice the combined stills/video (live view) button enabling a very quick transition between still shooting and movie recording.  The “Q” button (which seems to be appearing on more and more cameras) is a very welcome addition too.  This button allows you to quickly see and set many of the exposure and fundamental controls of the camera in a one-screen interface.  Very handy indeed!

Another feature I find extremely useful is the customisation of many of the buttons.  For example, I have my Depth of Preview button on the front of the body set to toggle into AI-SERVO mode.  This means I can simply rest my finger on the button and the camera is in servo mode.  Take my finger off and I am back in one shot.

Perhaps one of the “features” that I took the most time to get used to is the new image review / zoom functionality.  It’s very different from the 5D2 and I still find myself pressing the wrong buttons occasionally when I want to zoom into an image during review.

Inside the menu system has had a radical overhaul and you can now rate images as well as do minor RAW adjustments inside the camera.  I find the rating system excellent and often, when at a wedding, I will use the downtime whilst the guests are eating to go through the images and start rating them.  This saves time back in the studio during the culling procedure.

Of course, the introduction of dual card support is a major benefit.  You can use the dual cards in any fashion you want, however I tend to use the second card as backup mechanism.  I generally put a 32GB SD card in place and write JPGs to this card whilst the RAW files are written to the compact flash cards.  I never need to swap the SD card, so I know that a backup of each frame I shoot is being stored on the SD card should the worst happen to the primary RAW compact flash card.

The vastly improved Silent mode is simply amazing on the 5D3.  It is extremely quiet.  I have my camera shooting in quiet mode all day.  I simply don’t see the need to switch out of it.  When shooting in a church or during the speeches it’s an amazing feature.  I understand using the silent mode drains the batteries quicker but I've yet to exhaust one battery – even on a ten hour wedding shoot.  For me, the silent mode is one of the absolute key features of this camera and my colleagues in the wedding photography industry all have the same opinion.

Perhaps the biggest update to the 5D3 is the new AF system that Canon has put in place.  The 5D2 had a paltry (in comparison) 9-point AF system, whilst the 5D3 has a remarkable 61 point system in place.  The AF system is complicated and a huge section of the manual is set aside for this.  The AF system does meter off any point except the centre, unlike the 1DX, but the outer focus points are responsive and much more reliable than the 5D2.

Low light focusing is greatly improved with the new AF system and quite simply eclipses the 5D2.  I do have a minor issue with the AF Assist illumination when using the non central AF point.  In the 5D2 you could quite easily see which AF point was selected in low light, but with the 5D3 you can really only see this accurately by pre-focusing.  It’s not too much of an issue but a minor annoyance over the 5D2. 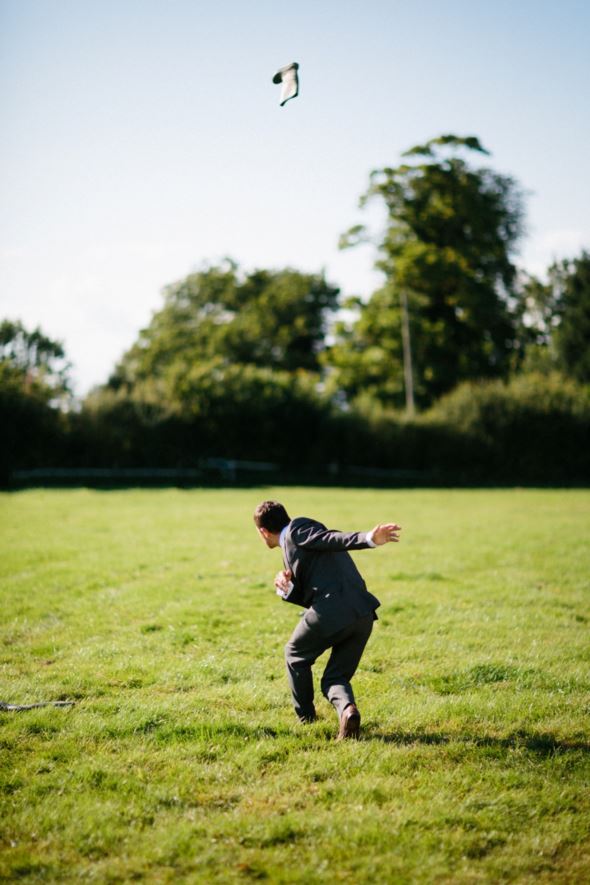 For the professionals, it’s not always the megapixel count that is the primary thought when purchasing a camera – it’s often the light sensitivity of the camera.  Essentially, the ISO capabilities of the 5D3 are very good.

The very first time I used the camera I found myself in a very low light situation at a wedding.  This was the first time I needed to really try out the high ISO capabilities.  The following shot I would have resorted to flash, or not even taken, using the 5D2.  It was shot at 16,000 ISO 1/320th Second at f/1.2 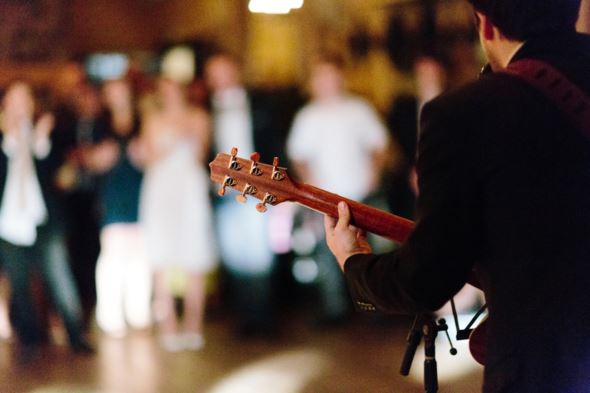 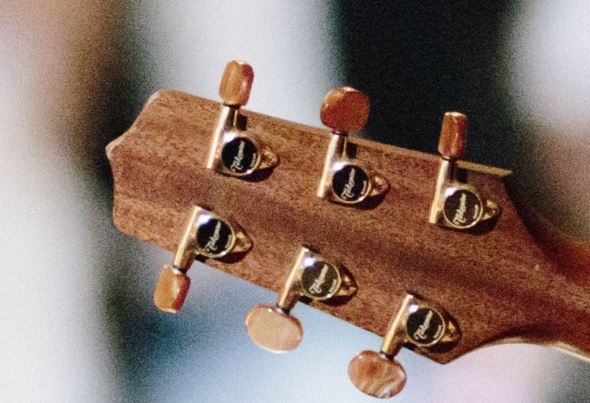 The image of course is not clean, but it is extremely useable and an image that simply would not have been captured without additional lighting given the circumstances with the 5D2.  At the higher ISO levels (12,800+) there does appear to be quite a bit of noise reduction applied to the in-camera JPGs.  The results are good, but often some of the more detailed parts of the image are affected by the high NR applied.  I tend to dial this down in camera and of course, using RAW processing you have much more control in post processing anyway.

At more standard ISO levels the images are just beautiful and very clean.  This next shot was taken at ISO 1250: 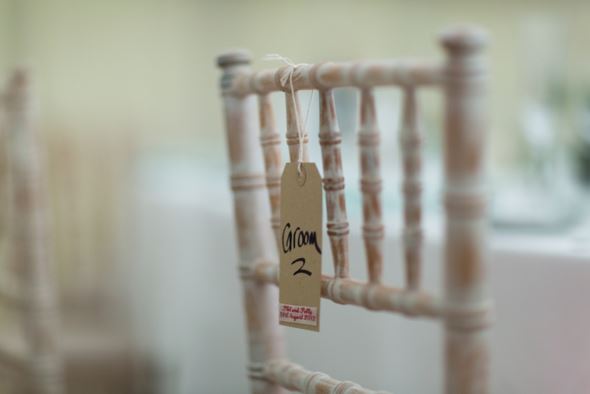 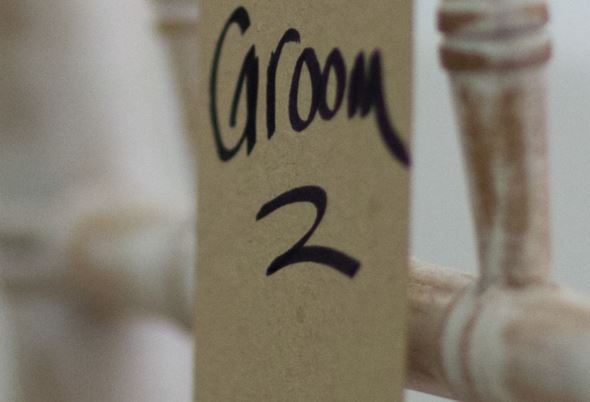 The camera is very responsive throughout; from menu selection and control to button reaction and functionality.

The processors inside the camera are clearly an improvement over the 5D2 and with a relatively large megapixel count of 22 you are likely to be creating RAW files and full size JPGs in the region of 28-35MB each.  Although I wouldn't suggest this as a professional sports camera, it boasts a continuous burst rate of 6 frames per second, which is excellent.

As a trial, I did take the camera along to shoot some rugby and was fairly pleased with the result.  The AI-servo is more responsive than previously and the case-selection options really help.  Even shooting these action images though the servo kept up for most of the time and the buffer sustained a full burst without once stuttering. 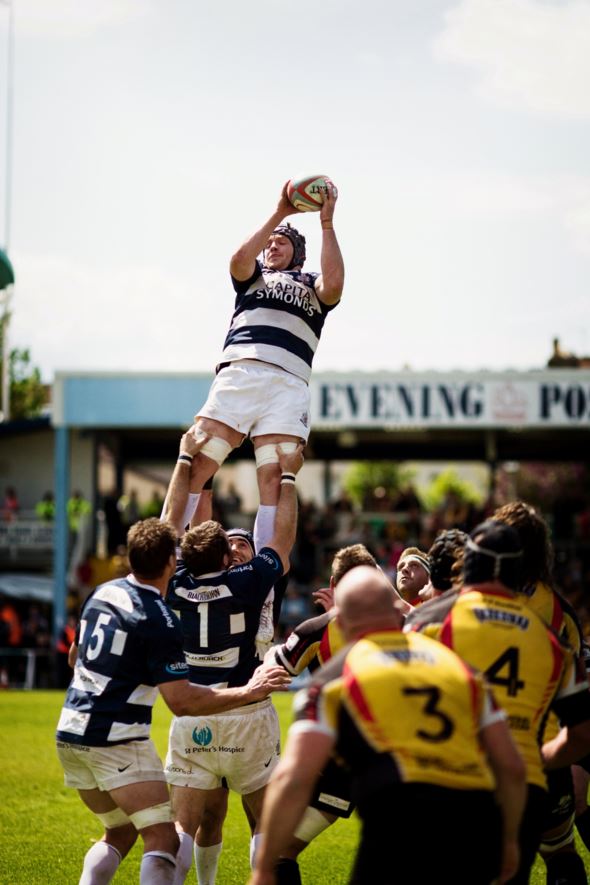 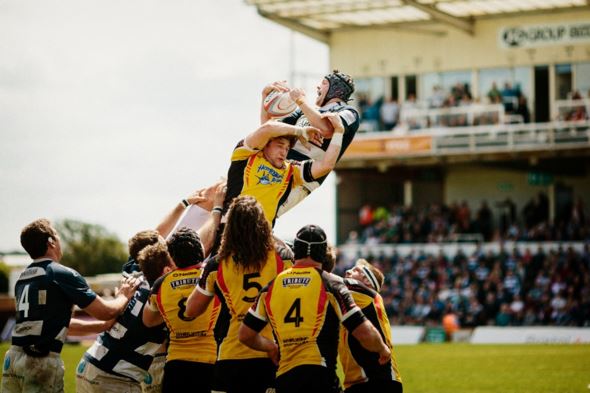 The 5D2 became a huge hit with the movie industry due partly to its full frame sensor, relatively cheap price and abundance of wonderful lenses to film with.  The first batches of 5D2s were flawed somewhat in the movie recording area, but Canon released a series of firmware updates which turned it into a much loved device for filming with.

The Canon 5D Mark III has taking the whole HD Movie Recording feature set a step further of course.  I won’t pretend to be an expert in the video department but I have recorded short personal movies.  Canon have worked hard at reducing the rolling shutter type effect that often occurred with the 5D2.  There is now also a dedicated recording button.  Switching the Live View mode switch to movie and simply pressing “Start” gets you going at a very basic level.

Unfortunately the 5D3 does not support continuous AF recording using phase detect lenses (such as the 40mm pancake lens).  If you want that feature in movie recording you will have to look towards the EOS 650D.

Generally, I think this one of the best cameras I’ve shot with.  It’s certainly a key part of my wedding day equipment.  The 5D3 shares a lot of functionality with Canon’s flagship 1DX, especially in terms of the AF system and that has to be applauded.  The camera is almost perfect for wedding, portrait or social photographers.  With its amazing high-ISO capabilities, relatively small footprint, weather sealed body and dual cards this could be an award winning camera for many years to come.

When the 5D2 was released I couldn’t help wishing that there was just a little bit more.......with the 5D3, I haven’t had such an issue.

Pros (above and beyond the obvious)

Should you buy one?

Yes – if you can afford it.  If you love using natural light, especially in low light situations and you want a camera that is dependable, with a long predicted shutter lifespan and has a workhorse of technology at its core then it should be looked at as your next camera.

For those who haven’t committed to a specific brand system, I’m informed the D800 is the nearest counterpart in the Nikon range but I would assume that all Canon 5D Mark II shooters will be looking at the 5D Mark III as a very viable upgrade as a medium-long term camera.

Kevin Mullins is a Documentary Wedding Photographer and you can see more of his work by visiting:http://www.kevinmullinsphotography.co.uk
Twitter:  http://twitter.com/kevin_mullins
Facebook: http://www.facebook.com/GloucestershireWeddingPhotography