If I was in a different field of photography, my kit bag probably wouldn't include any zooms, only prime lenses. But as in life, in photography we sometimes have to compromise. Unless you’re always doing very particular kinds of work which afford you the luxury of only using primes, chances are you’ll need the flexibility of a zoom at some point. So if you’re going to use a zoom, it had better be good. Let’s find out if the snappily-titled Canon EF 16-35mm f/2.8L II USM is any good.

Some background to how I arrived at owning this lens; since I went freelance some 15 years ago I've had a variety of wide angle zoom lenses. My first super-wide zoom was the Canon 20-35mm f/2.8L which I replaced with the 16-35mm f/2.8L. This served me well until I got a Canon 5D MKII a couple of years ago. What happened then? Well I found myself less drawn to using the zoom because the high resolution of the camera chip was mis-matched to the optics of the lens (see test shots). In some situations, it became unusable. At anything wider open than around f/8 a huge amount of detail was lost. It’s a super lens, but the introduction of its successor was an acknowledgement by Canon that some of its lenses were struggling with the higher pixel-count, full-frame bodies. In fact a few L-series lenses are now MKII versions to cope with the newer bodies.

This review isn't going to be an endless comparison with the previous version of the lens, but there are a couple of notable changes in the MKII.

First of all, the filter size has increased from a whopping 77mm to an eyewateringlywhoppinglyhuge 82mm, so you’ll need new UV and polarizing filters for a kick-off. At these extreme sizes, the cost of filters becomes daunting, but I've attached a Sigma UV filter to mine which is both reasonable in price and low-enough profile not to vignette at the 16mm end. Experience has taught me that B+W filters are a large step above Hoya (optically both are fine, but the B+W have more robust coatings and are easier to clean), but I’ll see how I get on with the Sigma and add some thoughts on it at the end of this article. 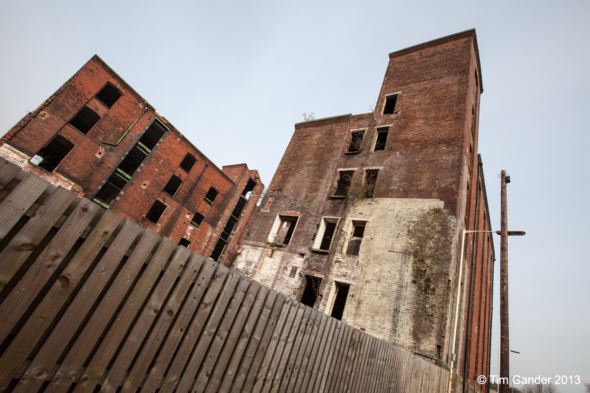 Apart from a fatter front end, the only other outwardly-visible difference I can see is the AF switch which has been made flush with the switch housing where the MKI’s switch is raised. The new switch design seems easy enough to operate, without the risk of being switched on or off accidentally. Finally, the MKII loses the rear filter slot the MKI had. No loss to me since I can’t recall a single occasion on which I used it. Landscape photographers might rue the day they have to buy an 82mm neutral density filter, but I suspect Canon realised this was a very under-used feature of the previous model.

The lens feels solid, as it should, and the zoom and focus rings are beautifully smooth and positive. Likewise, autofocus is quick, sure-footed and silent.

The finish on the metal barrel looks the business, there’s an environmental seal around the mount, and once the filter is fitted the lens is pretty well protected all round. The hood is of course a pain in the neck, and I’m never sure how useful it is at preventing flare, but it is an added level of protection against knocks. The real problem with super-wide angle hoods is they make it difficult to fit the lens easily into a bag. Often I’ll go without the hood and use my hand to shield flare. If flare is excessive, there’s no way the hood will help anyway. 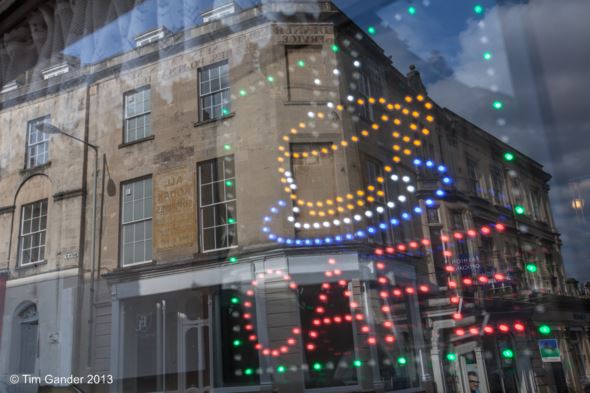 35mm at f/8. The lens easily finds focus on this reflected scene.

Optically, am I seeing an improvement over the old lens? In a word, yes. Is it as good as a prime lens? Not quite. Will I use it? I already have. Once for a trade show, once for an awards ceremony and ministerial visit, once for an academic discussion forum. All in dreadful lighting conditions which tested the lens to the max. Early thoughts based on fairly limited use, this lens is good, it’s useful, but it isn't perfect, but at a tad over £1,000 it’s more affordable and flexible than the alternative option of buying equivalent primes of a high quality.

I already own the 35mm f1.4L USM and it is a superb lens, albeit with occasionally out-of-control chromatic aberrations at the edges, but at f2.8 it is a better lens than the 16-35mm, but then the only zoom is your legs, which isn't always enough. Back to compromise then, and as compromises go I think the new 16-35mm is a pretty fair one. 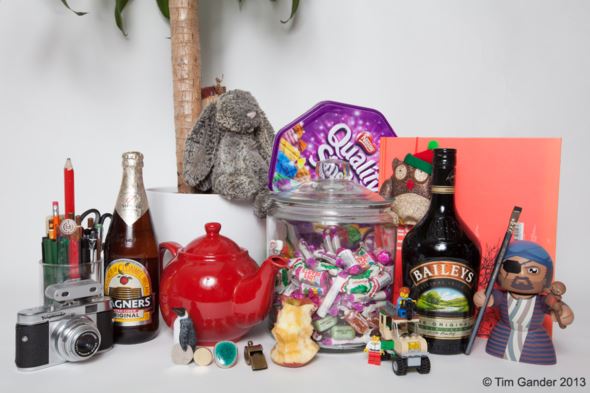 Now I don’t have a whole bunch of colour charts, resolution charts and the like for the pixel peepers out there, but I hassled my colleagues for some random kitsch objet d’art and junk to compile a test scene for you. As unscientific as it is, it does amplify the improvements Canon have made over the MKI version of this lens.

My set up here is the Canon 5DMKII, shooting RAW and processing to jpeg with no adjustments made apart from lens profile correction in Lightroom 4. There are standard settings within my camera, but I can’t remember what they are and their effect is minimal.

I’m including a corner crop from a shot taken on the old lens just to show the difference at f/2.8 between the old and the new, but I want to concentrate on the capabilities of the MKII rather than dwell on an out-of-production lens.

Comparison between the Canon 16-35mm Mk I and MK II versions at f/2.8 in the corner of the photo

In addition to the occasional use the lens has had on assignments, I have taken the time to see how it performs on walkabout. As a street photography lens, it’s not exactly low-profile, especially with the hood attached and it’s not a lightweight lens to carry. I think on balance I’d not be recommending the lens for street photography unless you really want the wide angle perspective and have a strong shoulder to carry it on. That isn’t to say I didn’t enjoy using the lens on the street, but subtle it ain’t.

You can of course play with perspectives on buildings if you like funky exteriors and distortion at 16mm is fairly obvious. You can use the distortion to create drama, but beware of arms or legs of your subjects getting extended or heads being distorted. At 35mm the distortion seems to settle to acceptable levels, but I’m not sure this is the ideal architectural lens, though you can make plenty of corrections in Lightroom to get verticals back under control.

I took some street detail shots and I found it to be good for that too, but my main uses for this lens are groups of people when I’m in a tight space and flexibilty in a fluid situation such as a corporate event. 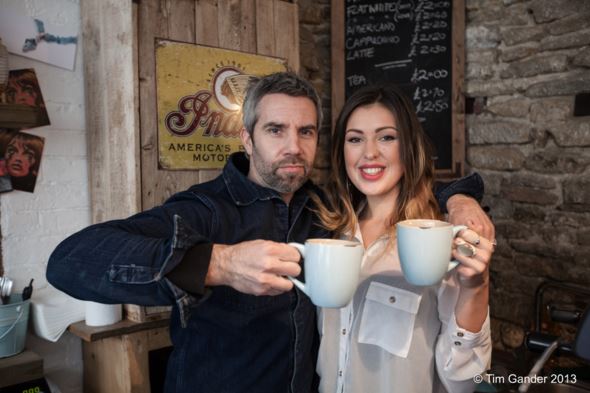 35mm at f/2.8. Chris Woodage, owner of Crocker and Woods cafe, Frome, with Sophie Wood. At 100% you would see the lens struggles to resolve fine detail at this setting, but it’s more than acceptable for web.

After a few weeks with this lens in various situations I’d say overall I’m very pleased with it. It’s a lens you need to learn, by which I mean you need to be aware that with variations of aperture, focal length and subject distance, the lens will deliver different results. Sometimes unnoticeable, other times quite obvious.

Even with the improvements Canon have made, I avoid using it wide open. The main benefit of it being an f/2.8 lens is that in low light you can see to compose and the camera can see to focus, but the lens starts to give good quality from f/4 to f/11. To my eye the sharpness falls back again at f/16+. Likewise I would generally only use 16mm for special effects or where absolutely necessary and 16mm at f/2.8 is asking a lot of any lens and the quality really does drop right across the frame at this setting with the edges and corners bearing the brunt. That said, at all settings the chromatic aberrations are far less pronounced than I can get on my 35mm f/1.4 (despite which, I still love that lens). 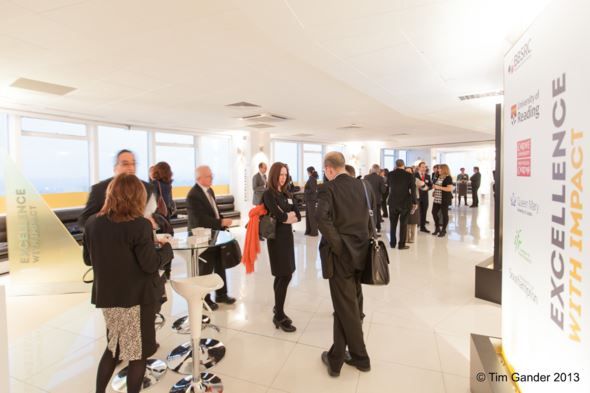 18mm, f/2.8 at 1/8th sec. Not ideal settings for this lens, but a useable image all the same. Some correction in LR to deal with distortion.

In summary, if you’re covering events, shooting groups and working in fast-changing situations in variable light, I heartily recommend this new 16-35. Some will prefer the 17-40mm f/4 as a lighter, cheaper alternative, but I've never tried one and can’t compare it. I tend to work on the principle that very few lenses operate at their best at their widest aperture, so the 16-35mm will be better at f4 than the 17-40mm at the same setting. Of course I can’t prove that, but I doubt I’d be far wrong.

As compromises go, this new lens is an acceptable one provided you treat it with respect and learn to use it wisely and I believe it will be a valuable tool in my camera bag for as long as subsequent camera designs don’t make it redundant. My old lens must have lasted about six years, which isn't a lot when I also have lenses which are still good after 12 years, but maybe this one is a little more future-proof. I certainly hope so!

A few words on the Sigma 82mm DG UV filter:

After a few weeks with this filter on the front I have to say for the price of £50.99* from Wex Photographic I’m reasonably impressed. The filter got wet at one point, but this cleaned off easily, where I've had problems with Hoya filters staining in the past. I find the coatings on Hoya filters are much easier to damage even with gentle cleaning. The Sigma isn't quite as good as a B+W filter. I have a B+W on my 35mm f/1.4 and not only is it easier to clean, but it doesn't seem to attract dust in the same way cheaper filters do and the Sigma filter does attract a little dust. On the other hand, the B+W for this lens would cost around £120 so I’ll live with the Sigma for now.

*Price correct on day of publishing, subject to change.