I was really excited about getting this wee camera and was delighted when I came home and found a big box sitting innocently on the stairs! Like a child at Christmas I ripped it open and found a gorgeous apparition of plastic and glass.

The Canon EOS 500D digital SLR camera is smaller than I am used to, but it does sit nicely in the hand. The grip is deep enough but I have quite small hands and I think anyone who struggles to get a medium sized glove on, might feel like they're holding a toy camera. I charged the battery for about 4 hours then set about having a play with it. I went to get one of my CF cards from my other Canon, but was surprised to find out that it takes SD cards instead. I would have to go and buy a new memory card! Images can be downloaded using the mini USB cable or by removing the card and using an external card reader. 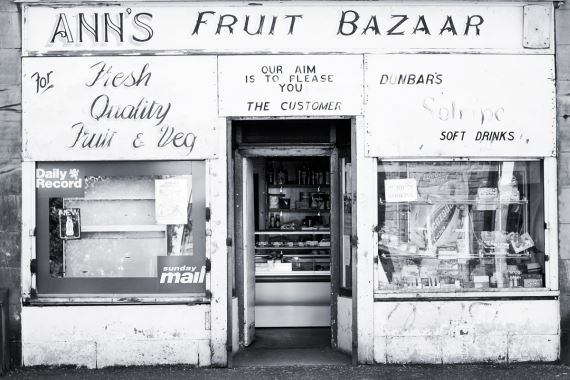 So, with my new memory card I was ready to shoot. I spent some time just around the house, mainly photographing my new kitten and flowers in the garden. This camera handles well and the large 3 inch screen is crystal clear with higher resolution than earlier models, which is clearly evident. It’s viewable even when the sun is at its brightest, thanks to its anti-glare coating.

The screen on the back of the Canon 500D can also be used for live view, which is great for composition – however the normal shutter button doesn’t work for this and you are required to push another smaller button near it – Live View. This was quite frustrating, mainly as the button is too small and your finger automatically goes for the shutter button. However if your not a professional photographer and plan to use it for holidays and family trips etc, then I really don’t see it being an issue. The viewfinder also has a dioptre to enable you to correct the vision, particularly useful for me as I wear glasses and hate shooting with them on!

Deep inside the body is a fantastic 15.1mp sensor with the latest DIGIC 4 processor. After shooting around the house I put my images into Photoshop and really zoomed in to scrutinise the image quality. The pixel detail really holds its own, even when I zoom in to 100%. Very little detail is lost. The one thing I have noticed though is that the images appear slightly soft straight from camera. This can be adjusted by changing the sharpening settings in the camera menu, but means it is probably not advisable to print straight from the camera if you want exceptionally sharp images. Simply change the setting in camera, or sharpen in Photoshop afterwards. Thanks to the DIGIC 4 processor the Canon EOS 500D handles large image formats extremely well in quick succession, 3.4 frames per second, for up to 9 RAW files or around 180 JPEGs! I counted the RAW frames but I lost count with the JPEGs! This brilliant processer also means images can be viewed pretty quickly after shooting. Images can be blown up quite successfully to A3 with absolutely no loss in detail, and with a resolution of 4752 x 3168 your images could be blown up to poster size with ease. Also useful if you need to crop part of an image and enlarge just that section. 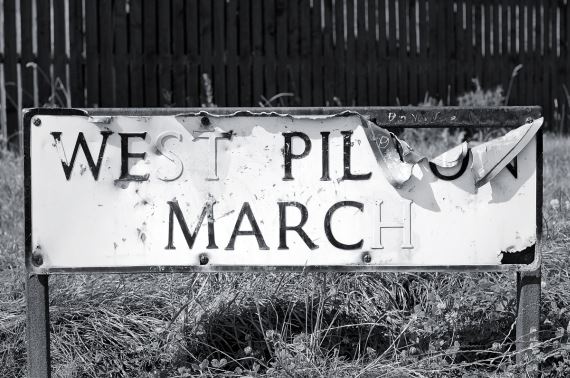 The Canon EOS 500D digital SLR also features HD Movie mode, which can be selected using the control dial found on the top of the body. The movie is displayed on the large LCD screen at the back and seems pretty good so far! I was disappointed by the focus until I realised that you can focus manually or through the auto focus modes in live view. To start recording you need to push the Live View button, and to stop also. A quirky feature that I did like is that even while recording a live video, by pressing the shutter button the camera will take a still image. Now that’s neat. Videos are saved in MOV format and can be played back on your home PC. There is a small microphone on the front of the camera, sound on play back is in mono and is average when playing back, but a nice feature to have.

As with previous Canon models, the EOS 500D has a dial of creative shooting modes; Program mode (P) Shutter Priority TV, Aperture Priority AV and Manual mode. There are also a few extras for you to play about with; Aperture Dependant mode, A-Dep, will highlight the area in focus using the AF points, and also Creative Auto CA, which allows the same control over the image but in laymen’s terms. This is a great feature with certain benefits for new or inexperienced photographers. 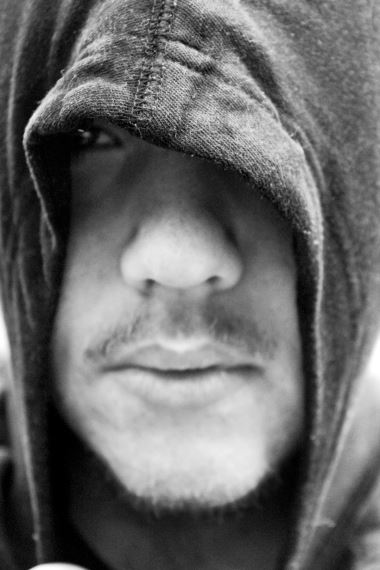 As expected, the Canon EOS 500D camera has built in pop up flash which can be used by pushing the button to the left of the flash. Flash also pops up automatically when shooting in AUTO mode, meaning you don’t have to worry about underexposure. The flash was able to handle me shooting on the 18-55mm kit lens without any light drop off, but when I tried my 70mm lens, the flash doesn’t sit quite high enough to cover the entire focal length and there was a tiny bit of light drop off. Not a problem with shorter lenses however. By attaching a speedlite to the hot shoe, you can have more control over lighting and the camera handles this with ease. The only issue I had is that the camera is so light and small that the speedlite made it look even smaller and rather fragile feeling. Although I think this is more because I'm not used to such a lightweight camera! I noticed that the flash on the Canon 500D seemed less harsh than on previous models, instead giving a rather natural looking light across the subject – which I found particularly nice. 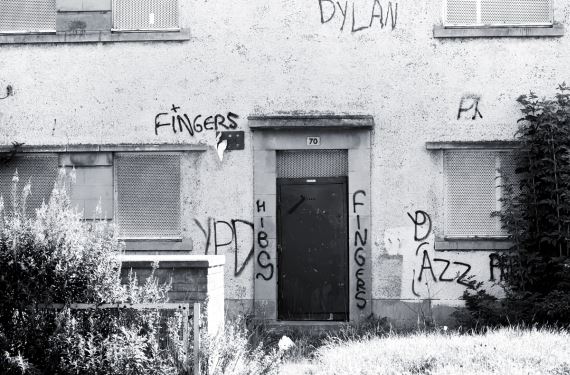 The full range of Canons EF-S and EF lenses are compatible with the Canon 500D, giving you even more creative control over your photography. The possibilities are endless given the huge ranges of lenses Canon have on offer. My review model came with the Canon 18-55mm kit lens, but you can also choose the Canon 18-200mm lens kit with the body or the 500D with both the 18-55mm and 55-250mm lenses. If none of those combinations do it for you, the great compatibility of the Canon 500D means you can choose to get your body and lens separately. With my large 70mm lens the body did feel a bit unbalanced, but it was not altogether unmanageable.

Once the camera is turned on, it cleans the sensor for you each and every time. Clever. This takes seconds and is done by vibrating the sensor to loosen any dust – rather clever. If you don't want it to be cleaned every time, you can bypass it by pressing the shutter button on start up.

The 9 autofocus points are set out in diamond formation around the centre and give a very good coverage of the viewfinder. The metering doesn’t disappoint, offering a choice of partial, evaluative, centre weighted and spot. Exposure compensation can be adjusted in the camera menu by a half stop or thirds, although the camera seems to get it pretty much “spot” on all of the time. There were a few instances of overexposure but nothing that exposure compensation couldn’t address. 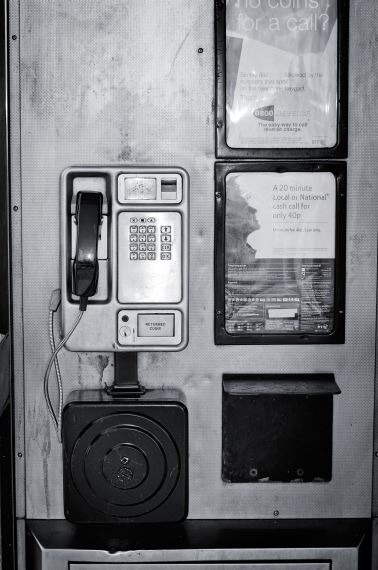 The impressive LCD screen on the back of the Canon 500D gives a clear and simple selection of the functions available. As soon as you put your eye to the view finder the LCD light turns off so as not to distract you with light. With 8 sections across the top; Adjustment, Playback, Shooting and My Menu. It’s quite easy to navigate and you can customise "My Menu" to feature the functions you use the most.

The Canon EOS 500D digital SLR will shoot on both RAW and JPEG formats, RAW giving more creative control in post production. As I said earlier, I did find that the images appeared slightly soft, but again this can be changed in the camera menu by adjusting the sharpness setting. I shot mostly in RAW and found the end results were crisp, sharp and clear. 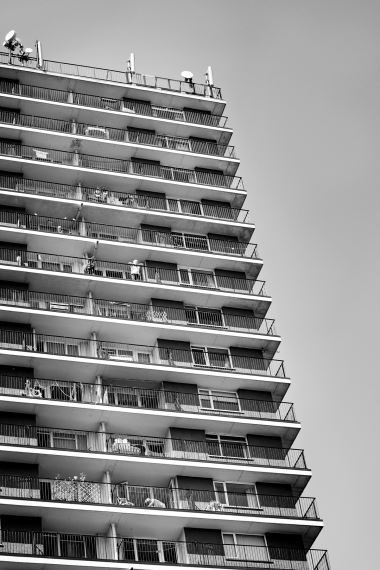 I didn’t notice any problems with noise during normal shooting and it's only when you go above ISO 800 that you see any noise creeping in. At the top - ISO 12800 - image quality does seriously start to deteriorate but I would only ever use this ISO if it was just too dark for there to be any other way of getting the shot.

The Canon EOS 500D is a great step up from those who have been using smaller compact digital cameras. The greater creative control and the lightweight yet robust body combined with the HD movie features make it a great travelling camera without the need for a separate video camera.

For this review I initially started out by just pottering around the house, but the Canon EOS 500D more than handles the family occasions, birthdays, parties, summer BBQ’s etc; in fact it considers that just a walk in the park! I decided to take a chance and use the camera on a job for Fairtrade, along with my other Canon and I found myself using the 500D more, just because it’s so lightweight and easy to grab at a moments notice. I couldn’t put my bigger lens on it, so I left it for the other body, but it loved my Canon 50mm prime lens.

I then decided to do some street photography and headed to one of the roughest areas in Edinburgh for a bit of gritty black and white action. Shooting in RAW and then converting to black & white in photoshop, I produced some really stunning tones. With the camera being small yet robust, I found that I was confident carrying it about without attracting attention! The processor is so fast that when I need to snap an image then move on, I could do it with no messing about. 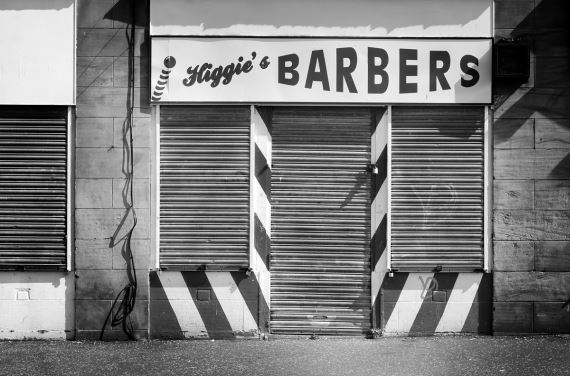 I would highly recommend this camera to those looking to step up from compacts and take the reigns of creative control - the Canon 500D more than delivers. The performance is pretty superb to be honest, my only gripe is that on live view the shutter button is defunct, but a minor thing in the scheme of what’s on offer from this stunning little image maker.

Build: 8/10 - Great! Although some buttons feel cramped if you're used to something bigger