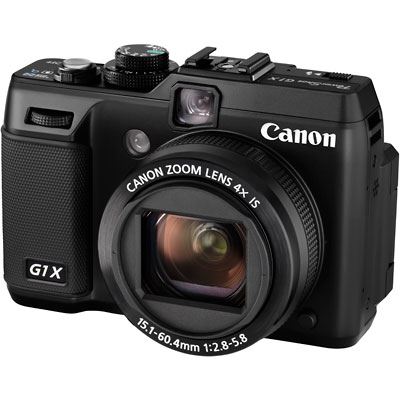 Welcome to my first (hopefully not my last) camera review for Wex Photographic.

My review of the G1 X is in the context of being a G11 owner, on which I’ve previously written a couple of Wex articles. The G12 is the closest living relative of the G1 X, but I’ll refer to my G11 throughout for clarity of the article.

While the Canon G1 X is clearly physically larger than the G11, I wouldn’t call it massive. Think G11 on a mild dose of steroids. Though the G1 X has gained size in all directions in comparison to the G11, most of the extra bulk is in the lens assembly which is quite an extra lump on the face of the camera. Try to slide the G1 X into your tuxedo pocket and you’ll start to look like you’re packing a lethal weapon.

The extra size isn’t a bad thing though; finally you can get your fingers under and supporting the lens barrel in a meaningful way when shooting and that isn’t the only handling advantage of the extra size.

The larger body means I’m less prone to accidentally touching function buttons just by holding the camera, a fairly regular annoyance with my G11. I often wish there was a way of locking these buttons out, even if only in the user-set C1/C2 functions. You will still need to  be careful of this with the G1 X, because the buttons are still small and easily pressed. 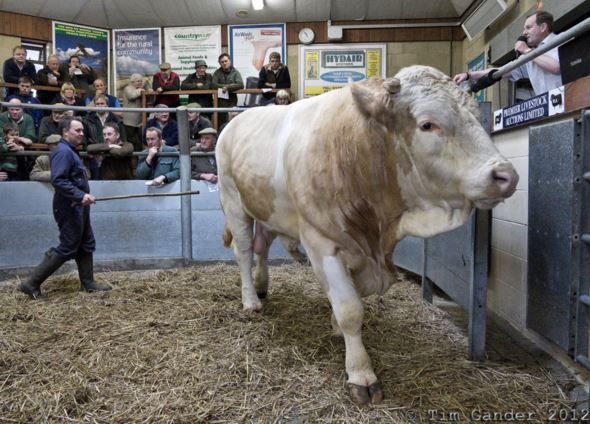 Generally speaking, in terms of controls the G1 X and G11 have a lot in common and most modern G-users will quickly attune to the small differences, the main ones being a certain amount of musical chairs among the buttons on the back panel where some functions have shuffled places, the addition of a video shooting button and the loss of the external ISO dial, which I think is a bit of a shame. The designers had to ditch a dial on the top plate to make space for the pop-up flash, which has to pop up in order to clear the lens barrel. What was the ISO dial is now the exposure compensation dial.

I’d almost dare suggest Canon ditch the built-in flash in favour of returning the ISO dial to the top plate.

Beyond these initial observations though, what’s this beastie like to use and what do the results look like?

My first foray into the real world with the G1 X was when we had a spot of rain-related bother in Frome. I decided to step out with only the G1 X as company and see what it would be like in a ‘news’ situation. Ok, we’re not talking fast-paced action here, but the conditions were challenging enough. Rain on my head, flood water rushing into my wellies, and the need to have all the controls and functions work easily with chilly wet fingers.

Update: I've just sold one of the Frome Flood images to a magazine. Taken on the G1 X. It is officially a pro camera :-) 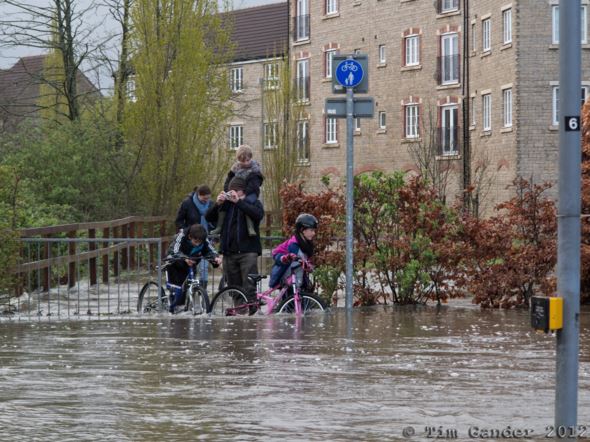 Working in less than ideal conditions, the camera did the job well.

I have to say I was impressed. I kept the camera dry under a chamois while moving about, but during shooting it was exposed to a steady drizzle and never once complained or shut down.

What I did find irritating was the lens cap. The size of the lens means the loss of a built-in protector, but it seems odd on a compact camera costing just shy of £700 to have a bit of a plasticy cap dangling off the front on a piece of cord. My vote is to ditch the cap altogether (I hate lens caps anyway) and fit a suitable UV filter as a permanent lens protector, but although there is what looks tantalizingly like a thread around the lens, it doesn’t look as if filters can be attached without a 58mm filter adaptor which bayonets on the front of the lens assembly.

Being a bit of an old skool photographer I rather like the optical viewfinder (partly why I bought the G11) and with practice you can get used it. Don’t be fooled by the G1 X’s extra size though, the OVF isn’t noticeably better than the G11’s and at wide angle the lens barrel cuts into your view quite considerably.

On the subject of viewfinders, the articulated rear display does show a minor design tweak over the G11 which is that when you articulate it, the screen will hold it’s position much better. The G11 screen tends to ‘flop’ to set positions, which can get irritating when you’re working at awkward angles, so another thumbs up for that.

I can’t go any further without mentioning the biggest feature upgrade of the G1 X over not only the G11, but all micro 4/3rds cameras and other high-end, pro-friendly compacts such as the Fuji X10, and that is its 1.5”, 14 million pixel chip. Oh wow, what a chip!

With the G1 X you can really see the difference that bigger sensor makes over the G11. In fact it’s almost as big as you’ll find in many entry-level Canon DSLRs. Having seen the results from this compact I would suggest that if you intend buying an entry-level DSLR and never swapping out the kit lens, I’d go for the G1 X. The f2.8 lens might seem disappointingly slow to those who drool at the Fuji X100’s f2 optic, but this is a cracking lens on an amazing chip. 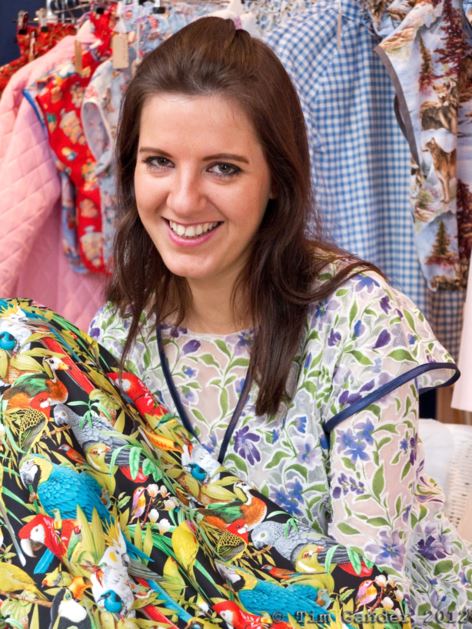 OK, the lens drops to f5.8 at the zoom end, but do you have any idea how big the camera would be to keep a bright aperture throughout? The balance between aperture and zoom range seems fair enough to me.

If there’s a weakness in the lens I’d say it’s the break point between Normal and Macro focus, and this does catch you out. I suspect this may be a compromise born of the large chip/lens configuration, so not sure this is fixable in future G1 X incarnations. 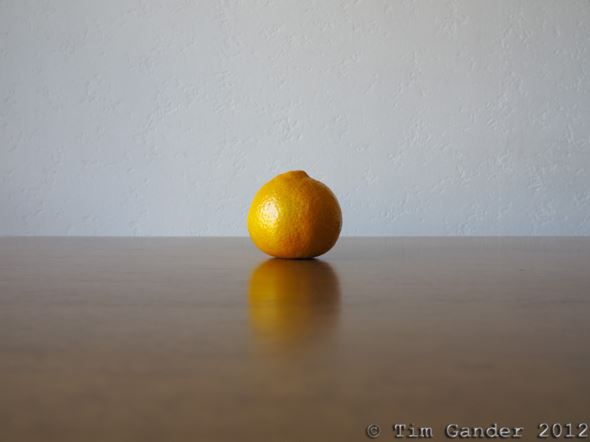 This is the closest you'll get without engaging Macro mode 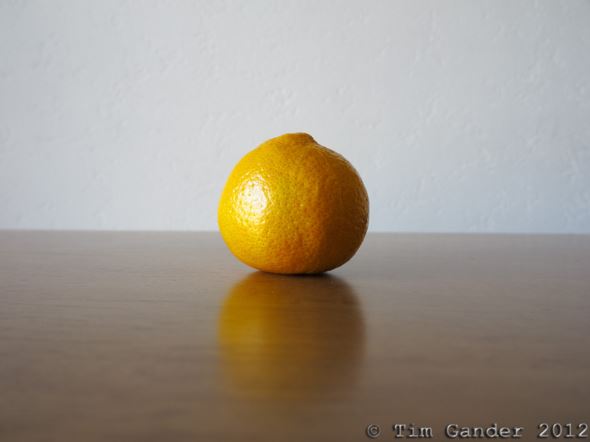 This is the closest the Macro mode will get you

The problem is when you come to take a portrait, or subject of a similar distance, you set the zoom to the desired focal length only to find you can’t focus close enough and have to switch to Macro mode. And Macro mode itself is pretty ineffective since you can’t get dramatically closer than in Normal focus mode, which is a function of my G11 I’ve enjoyed exploring.

This camera is built like a tank. The copy I was sent for review was Canon’s trade-show model and looked as if it had been worked over with a baseball bat - cracked casing, various dings and dents, and yet it worked perfectly. I’d say this camera will take the knocks of being in a professional’s pocket. Perhaps my only reservation is the pop-up flash which seemed rather plasticky, though as it’s normally recessed into the body it should be safe.

Aesthetically this camera fell out of the ugly tree, hitting every branch on the way down. Compared to some of its competitors, the G1 X is an ugly lump, but I prefer functionality and image quality over retro cuteness.

An annoyance for me was the placing of the video shooting button where the G12’s AEL button is. The number of times I thought I was locking exposure, but was shooting video instead and the new AEL button location is awkward to access. I can see the appeal of being able to go straight to video shooting from a stills mode, but personally I’d rather video was located elsewhere. That button is too important for quick stills operation to be devoted to video.

I would like Canon to think more about who the camera is aimed at. I know the software gimmicks are tucked away in Scene and Filter modes etc, but if you buy this camera you’re probably the kind of person to shoot mostly RAW, so how about stripping out all the distractions?

Would I upgrade to this from the G11? Yes. Even with the shortcomings I’ve listed, this is a surprisingly useable camera and the difference in image quality clinches it. The price might seem high, but if you think you’ll risk leaving a larger SLR at home, you’ll get more use from this camera.

Should you be more tempted by the Fuji X100? Possibly, but if you were genuinely carrying the G1 X as a backup to an SLR, it could take on more tasks than the X100, it’s more compact (just) and I would suggest, less noticeable if you’re trying to work subtly. 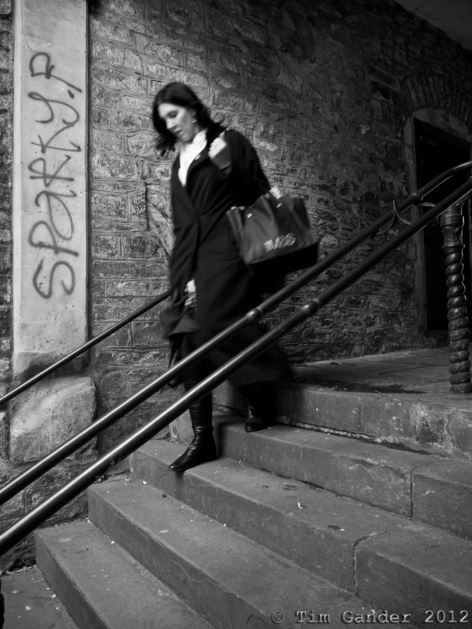 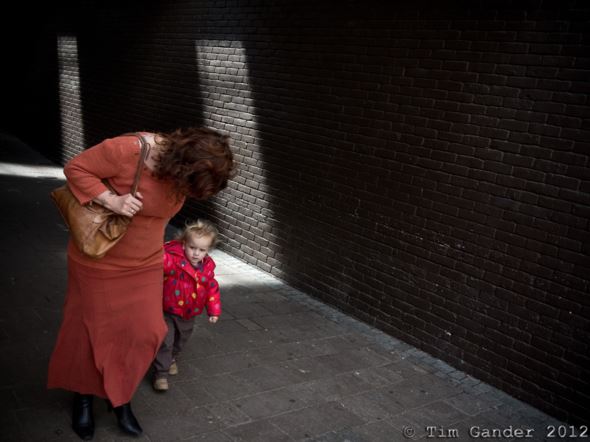 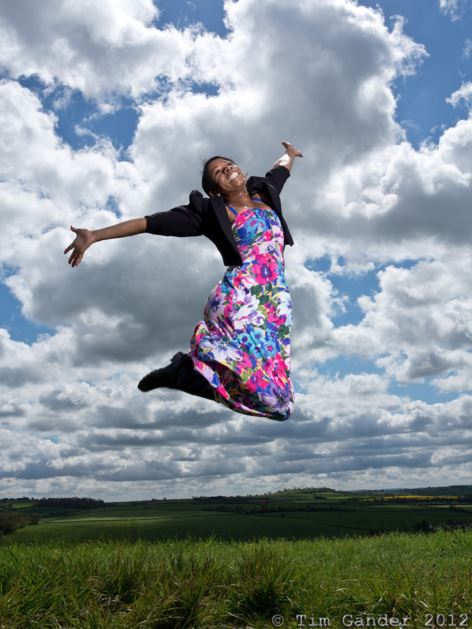 With its leaf shutter the G1 X can sync flash at 1/800th sec with my set-up. No high-speed flash required and the flash doesn't have to be right up to the subject