One good PowerShot deserves another...

Designed to be versatile and capable in every respect, the SX210 boasts a 14.1MP sensor and an effective focal length of 28-392mm thanks to its excellent 14x optical zoom lens. In a superficial aesthetic change from its predecessor, the top corners of the new PowerShot have been smoothed for a sleek look, while the LCD screen has been expanded to 3” with the control dial and buttons slightly more cramped as a result. The control wheel has also moved from the top of the camera to the back, which has the potential to be annoying if your thumb slips and changes the shooting mode, but this never happened to me and science has yet to discover a clumsier sentient being. My only niggles in terms of appearance are the small, and consequently slightly awkward, zoom key and the fact that the gold model I’ve been using looks like C-3PO’s belly button.

C-3PO's belly button and the Canon PowerShot SX210 IS in gold, but which is which?

Once again Canon have attempted to create a camera with sufficient capability to ensure value for money, with longevity a high priority. Broadly speaking, this is not a camera that anyone will be bored of quickly, with a superb array of capture modes and controls which will grant enormous creative license to experienced photographers whilst being easy-to-use for beginners. To focus on the latter group for a moment, I cannot stress strongly enough that if you are looking for a first camera which will entertain and amuse long-term, this is an excellent choice. 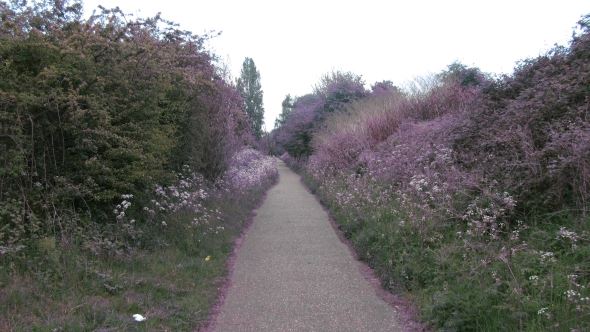 One of the PowerShot's more artistic functions - Colour Swap

As well as offering typical modes such as Indoor, Portrait, Landscape et al, the SX210 offers “Easy” and “Auto” modes for point-and-click enthusiasts, the latter setting all modes for the appropriate scene with impressive speed and accuracy. There are also several more hi-tech features: Smart Shutter fires as soon as it detects a smile, which I imagine could be entertaining for teasing children, Fisheye and Miniature are fun (if not especially convincing) options and the PowerShot SX210 also includes the Colour Accent and Swap functions ported over from the PowerShot S90. At the risk of sounding like a bit of a kid, there are literally hours of fun to be had just from playing with the various modes! Smart Shutter in particular potentially has several applications, such as effectively replacing Self-Timer as it allows oneself to feature in a picture and choose the fire point with a grin. 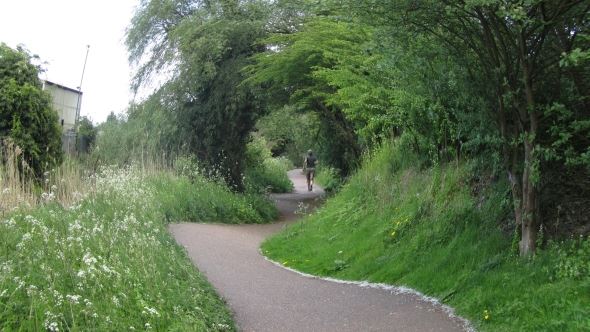 The Fisheye Effect function is less impressive, but fun nonetheless.

As with many of Canon’s recent releases, extra emphasis has been placed on HD video capture. 720p footage is now available and this mode is especially impressive, with a wide array of shooting options, making good use of the wider screen. The playback is excellent, with the stereo sound surprisingly good, and you can even zoom whilst filming. Canon have also included the Dynamic Image Stabilization used in their video cameras to assist in reducing hand shake; I have to admit that I didn’t find this especially useful but this may be down to my own inexperience of trying to hold a camera of this size and shape steady. Trying to track your friends’ descent down zip wires at Go Ape probably isn’t the best method of testing such a function, though. 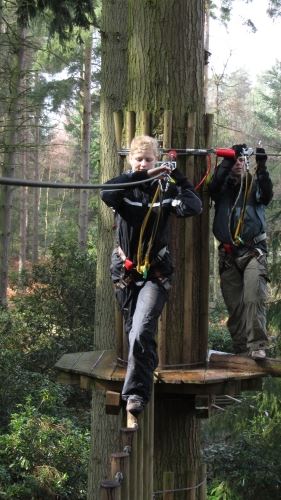 Image Stabilization is very useful when you're scared of heights...

Dealing with more “serious” matters, the SX210 offers Canon’s trademark versatility and ease of use in terms of ISO, aperture and shutter speed control. Anyone who has used a Canon digital compact before will be familiar with the circular quick menu button and as such this camera represents an ideal upgrade. There are a world of options available in terms of white balance, compression, picture size and colour saturation on the side menu – if I was to be really picky I would perhaps want the circular button to be programmable with a choice of these options for quicker access, but this is really asking a lot! Canon have made their cameras so versatile and easy-to-use that you come to expect more than is really fair. 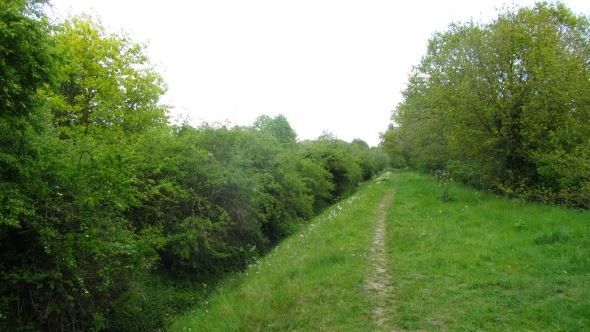 This array of creative options means that even the more experienced photographer would be disinclined to turn up their nose at the SX210. ISO and aperture levels are easily adjustable and the shutter speed/aperture priority modes make it easy for you to adjust your frame as you see fit whilst the brains of SX210 handles the rest of the legwork. The camera responds especially well at night and at high ISOs the level of noise compared to its predecessor is notably improved on low-light shots. Considering the capabilities of the camera I would strongly advise anyone with an interest in creative photography to ensure they have a large capacity memory card – it can handle up to 2TB using the new SDXC cards, although that might be excessive. 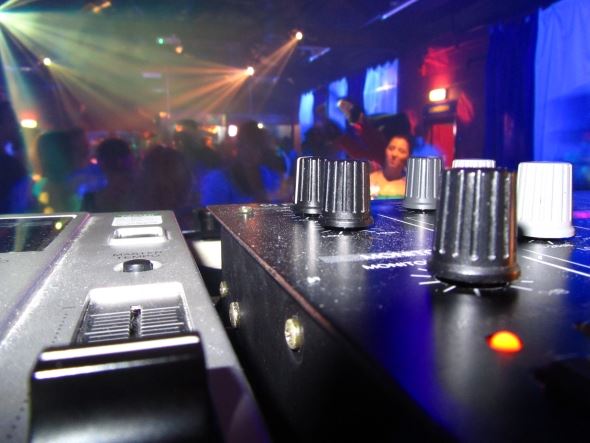 The obvious point of comparison for the SX210 is Panasonic’s popular Travel Zoom range, with its well-publicized zoom and impressive ability to make the Sphinx come closer to you. Whilst I admit to a degree of bias, having used this and its predecessor extensively, I personally feel that the Canon has even the TZ-10 comfortably beaten for image quality, range of options and ease of creative use. It could be argued that the manufacturer’s sights are also set on the new boys in the market – most especially the small, portable Olympus Pen. Whilst not as slim as an IXUS model, this new PowerShot is by no means bulky and offers the sort of photographic freedom that one might expect from an entry-level DSLR without, obviously, the advantage of interchangeable lenses – but also without the cost of such an investment. Whilst the PowerShot G11 obviously does a better job at this level, Canon’s inclusion of the Pen’s already-popular miniature mode implies a statement of intent as regards this mid-priced playground. They may have no interest in producing an interchangeable lens camera such as the upcoming Sony NEX range, but they do mean to give you the option to avoid such a camera altogether! 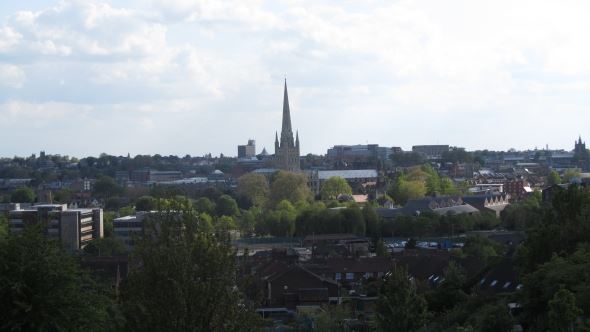 A wideangle landscape shot of Norwich, a fine city.

Overall, this is a quite magnificent digital compact. It makes everything as easy as you like – top-notch red eye correction, various modes dedicated to ensuring smooth operation of your preferred settings, Eye-Fi compatibility and easy upload of videos to YouTube – whilst offering an enormous range of options to progress your photography at your own pace. The only niggles I have are very minor ones – the aforementioned zoom button, and it’s slightly annoying that the flash pops up every time you turn it on, but everything else about the unit is exactly as you’d want it to be. Image quality is superb with very low noise levels despite the high number of megapixels – Canon have certainly learnt their lesson from the G10 – and the zoom, once again, should be singled out for high praise. It even looks good - just don’t get the gold one.