Foxtrots and F-stops - the Canon S90

Ballroom Dancing as observed by the Canon PowerShot S90

Those of you who read my previous review of the Canon SX200 will probably be wondering where I could take another camera that would be more bizarre than a hitchhike to Morocco. I came up with Blackpool... In my defence, it was Blackpool in January, for a Ballroom Dancing competition.

I should explain that I am a keen ballroom dancer myself, and was not going simply to laugh at the odd-looking people with their bizarre orange skin and terrifying obsession with sequins. I did do that as well, but it was more of a bonus. This year was mine and my partner Claire’s fourth annual pilgrimage to the "Champions of Tomorrow" national competition at the Blackpool Winter Gardens, so I thought I'd pester our reviews department to facilitate my long-held dream of actually taking some pictures while in attendance.

My bare-faced cheek was rewarded in impressive fashion. The Canon PowerShot S90 is a very nifty little camera, designed to be a compact version of the G11, with a few less bells and whistles. As is typical of Canon, the camera is very user-friendly, easy to get started with and capable of good results with very little input from the user. But no-one spends upwards of £300 on a camera with scant regard for the features that make it worth that much money.

So, I've made a bit more effort to investigate why this camera is worth so much of your hard-earned cash. In hindsight, the Canon PowerShot SX200 which I took on my previous adventure would have been well-suited to this weekend away, as it turns out it can be very difficult to get decent shots of your friends mid-Quickstep from the balcony of a huge ballroom, and the 3.8x optical zoom on the PowerShot S90 wasn't quite up to it. The fact that I returned with a handful of pictures to be proud of is testament to the S90's use of the Dual Anti-Noise system and Image Stabilization function. 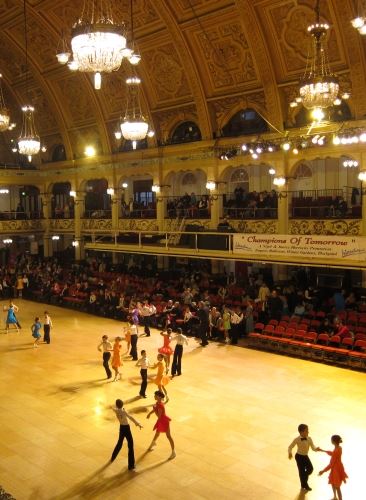 As far as the actual usage of the camera goes, it excels in every other area. It fires up in no time flat, focuses quickly and easily, and the differences between the modes is immediately apparent on the LCD screen, so you can quickly get to grips with what would be best suited to the type of shot you're after. Learning what the camera can do is a quick and organic process, so you needn't worry that it'll be ages before you get your money's worth, but it will definitely not leave you wanting more either.

Being the rank amateur that I am, the results of implementing the Canon S90's wide range of options were more a result of luck than judgement. If you're prepared to accept that improving your photographic skill involves a great deal of trial and error, and have a lot of time on your hands, then even a beginner can achieve outstanding and varied results just by playing with the features made available. I, for example, was in the ballroom between 8.30am and 10.30pm, in which time we danced for a grand total of about 15 minutes – so i had plenty of time to learn!

Control of these features can seem daunting at first but is surprisingly intuitive. As well as the traditional Canon dial allowing quick access to flash, Macro and aperture functionality, there is also a new Control Wheel – a dial around the lens itself which can be twisted to adjust ISO, focal length or Macro mode with one hand while amending aperture priority – for example – with the other. Very handy. I was almost getting the hang of it by the end of the day. 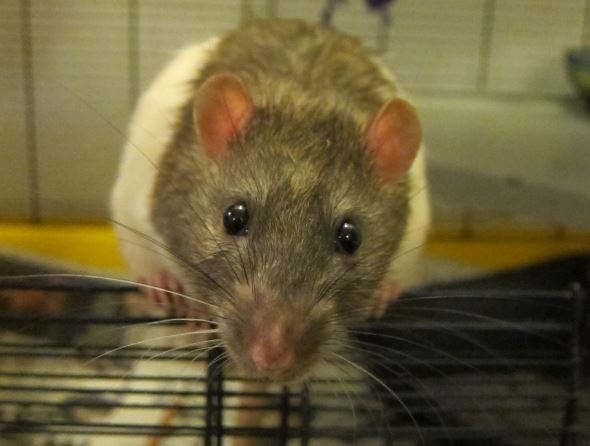 This is Lincoln. He doesn't dance

In short, the PowerShot S90 combines the best features of the PowerShot range to allow you to create gorgeous shots easily and quickly, with some of the more advanced capabilities featured on the G11. Low-light detail is retained whilst high-light frames don’t overwhelm the sensor. The various modes make a noticeable difference to the type of shot you want to take, rather than just paying lip service to the concept – Kids & Pets was particularly useful for quick-moving dancers (and, indeed, kids). 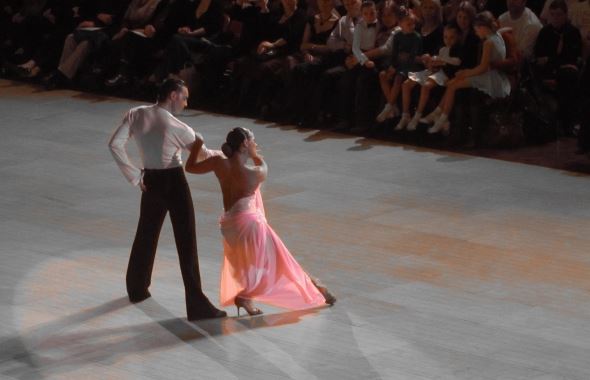 What a fabulous camera

I must touch on a couple of these modes – Colour Highlight and Colour Swap. They do exactly what they say on the tin, and the former can effortlessly allow the creation of some gorgeous, artistic pictures, but there is an obscene amount of fun to be had in taking pictures of your friends as they pose in ballgowns, and then swap out the crimson for mustard yellow. I’m sure that serious photographers can make excellent use of this mode, but for the rest of us Canon have thrown in a great comedy extra. 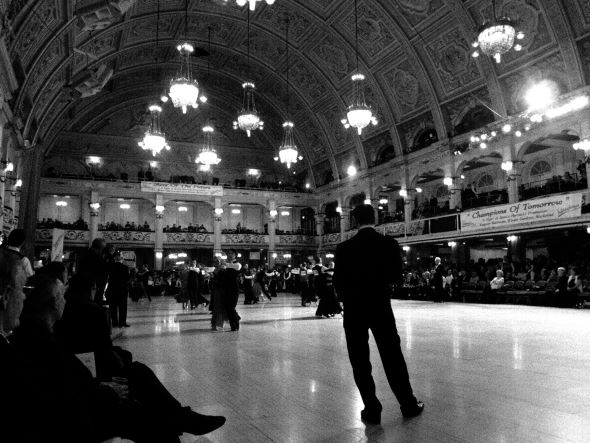 In conclusion, the Canon PowerShot S90 manages to be easy to use whilst packing enough detail to satisfy more august photographers, and sufficient capability to ensure it will take a very long time to outgrow. Complaints? The battery lasted until about 9pm, but I really did put it through its paces, and it’s a bit fiddly to begin with – but persevere and you’ll find the 28mm wide-angle lens and f2.0 aperture highly rewarding. (pic 58)

Oh, and the dancing? We did Waltz, Quickstep, Samba and Jive, and made the semi-finals in the Ballroom and Latin disciplines – we’d never made it past the first round before. Thank you for asking. 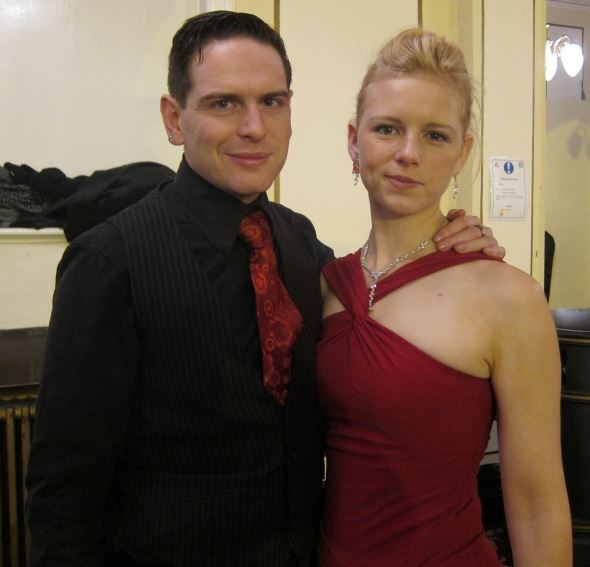 It had been a long day