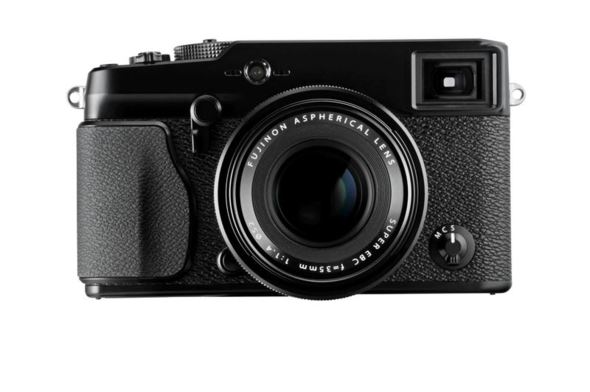 A year or so ago, I fell in love. I fell in love with a small, perfectly formed, often misunderstood character. That character went by the name of the Fuji X100 and within a few hours of receiving it from Wex Photographic I was using it at a wedding.

We got on fine. We had our ups and downs like any new relationship. In the very early days I found it quite infuriating at times, but issues were resolved amicably and quickly (in the form of several sound firmware updates from Fuji). The X100 became my best friend. It went everywhere with me and to every wedding I shot.

Sometime in the winter I started to hear about a new pretender to the X100 crown. A bigger sister that was to go by the name of the X-Pro1, was to be better in every respect than the X100 and would offer ultimate luxury with interchangeable lenses. I couldn’t wait, of course, and I was lucky enough to get a review model from the good folks at Professional Photographer magazine (the loan, by the way, was enough to make me purchase the entire system from Wex Photographic as soon as it was commercially available). 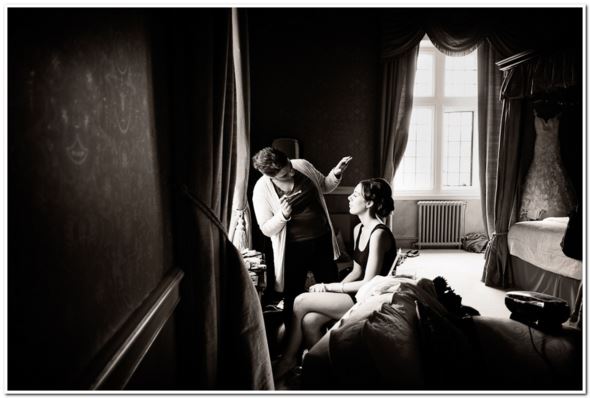 The X100 was important and enough to make me change the way I work. The X-Pro1 on the other hand is a complete game changer for me. Completely. Again, like its little sister, the X-Pro1 is not without its own little issues. However, as a documentary wedding photographer, it fits in perfectly with my style of shooting and is also amazing at just about any type of photography from landscape to portraits.

The body itself is strong, rigid and feels good in hand. It’s slightly larger than the X100 but remarkably light. The X-Pro1 doesn’t have the same retro design as the X100, which makes sense, as a professional camera. Fuji took some good feedback from the X100 and applied it to the X-Pro1 in the body design area. The buttons are more rigid and the layout is more intuitive. There is a brilliant little “Q” button that allows you to quickly change a wide range of settings without delving into the menu system. Additionally, as with the X100, there is an assignable Fn button which is near the shutter release. I have mine set to ISO control but you can assign it to a multitude of controls.

The X100 had a built in ND Filter, which of course, the X-Pro1 does not have due to it being a multi lens system.

Fuji has re-ordered the focus selection button making it much more intuitive and less easy to select servo mode over ones shot. Peculiarly though, the switch to flick between the optical view finder and the electronic view finder has been reversed and I much prefer the way the mechanism works on the X100.

Shutter speeds range from thirty seconds to 1/4000th of a second and this is controlled by the top mounted dial situated next to the hot shoe. Exposure compensation is also controlled by a top-panel dial that set back slightly from the shutter release button. 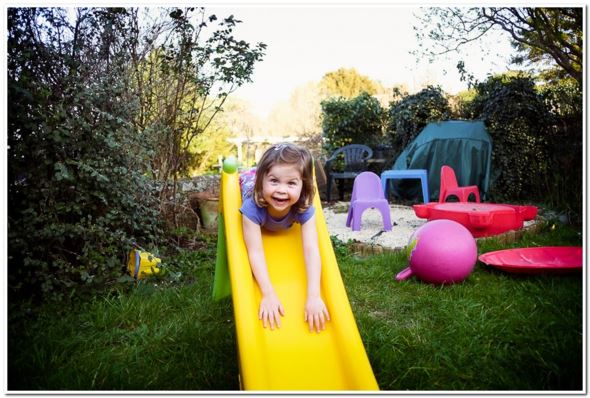 The battery life and start-up speed (again, issues with the X100) have been addressed and start-up time (depending on the way you configure the camera) is negligible.  Battery life is pretty good too – again, depending on how you use the camera. For example, the EVF will use the battery up more than the OVF and likewise having the images preview will use the battery up quicker too. However, overall, the battery life seems good and I can use one battery throughout a day at a wedding. It’s always wise to carry a spare though.

The three lenses currently available (more lenses on the horizon from Fuji) are the:

All three are very light and quiet in operation. There was an initial issue with lens chattering which Fuji fixed in a firmware update – lending me to believe that Fuji will be supporting this camera vigorously through Firmware updates just like they did the X100. The lenses are very well made with manual aperture control and manual focus ring too.  Cleverly, Fuji has adapted the aperture ring to allow you to set the camera to auto control too – simply by turning the aperture dial past its narrowest setting.

One of the biggest complaints about the X100 was the AF speed. Fuji have made the AF much faster on the X100 by a series of firmware updates and I would rate the AF on the X-Pro1 as marginally faster than the fully updated X100.  This may come as a surprise to some. The AF is still not instant, it’s not as fast as my DSLRs but it’s perfectly useable.  With the X100 in the early days perhaps four out of every ten shots may have been compromised by the AF – with the X-Pro1 I averaged out at one in every ten shots.  This still isn’t perfect of course, but Fuji has worked on the AF – and in all honesty, I expect they will release updates like they did with the X100 that will improve it over time too. Out of the box though, it’s fine and useable – just don’t expect to be shooting sports action with it very often. 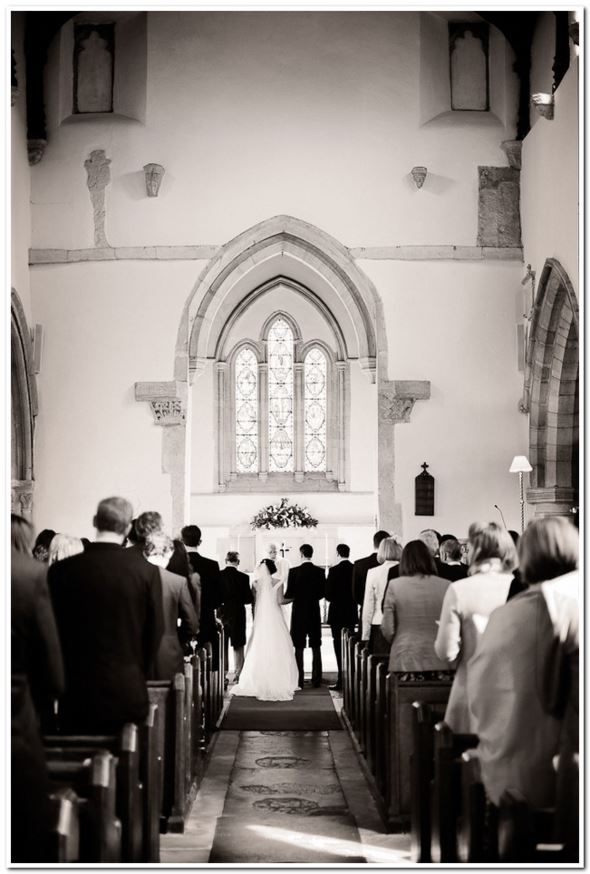 All the lenses produce absolutely stunning images. The 18mm (27mm equivalent) seems to be the fastest in terms of auto focus, with the 35mm marginally slower. The 60mm macro lens is the slowest of all in terms of AF but the images it produces, especially when in macro mode, are just gorgeous.  I have found myself favouring the 18mm lens as I have used the camera more. It is closest to my favoured focal length of 24mm on my DSLRs and in my opinion offers the best overall flexibility too.

There are 49 auto-focus point that can be selected using the grid like system that are common place on the range of cameras and Fuji have extended the range of film simulation modes, including the standard Provia, Velvia and Astia with monochrome modes with additional filters. You can bracket the film modes if you are undecided on which emulation will be best for a given scene.

As with the X100 the X-Pro1 includes a beautiful Electronic View Finder (EVF) as well as a more minimal, but highly effective, Optical View Finder (OVF). The OVF tends to give you the brightest and more direct view of the frame (as you are looking directly through the lens). Whereas the EVF gives you a more accurate view of the final frame.  Both modes can be fully overlaid with information you may find useful during exposure such as horizon level, histogram and frame guides. The OVF is lens independent too, which means you get a more similar view, depending on which lens you are shooting with – which is very handy on an interchangeable system of course.

As with pretty much all digital cameras these days, you can of course shoot through the rear LCD too – which is clear and very bright.

Image quality from the X-Pro1 is just superb, and it is the image quality primarily, that should draw you to the camera. The image sensor has been improved over the X100 too and Fuji has included a Fuji X-Trans CMOS 16.3MP APS-C sized sensor. The removal of the anti-aliasing filter, according to Fuji, reduces the risk of moiré and creates crisper images. I can certainly back that up as the images produced are pin sharp and wonderfully free of any moiré at all. 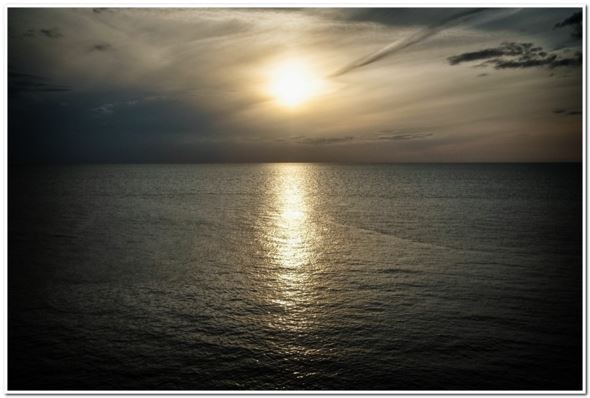 The X-Pro1 performs remarkably well at high ISO levels too. The camera has an extended range up to 25,600 ISO but I regularly shoot at 3,200 and 6,400. Feel free to check out my wedding photography website for real life examples of shooting at high ISO with the X-Pro1. The grain that is present at a higher sensitivity is very pleasing to the eye and is reminiscent of the grain you would expect to see in some of the Fuji films of old.

The JPG files that the Fuji produces are just gorgeous. When I’m shooting in black and white, I tend to shoot in JPG mode on the camera.  The reason for this is simple; the images it spits out are better than anything I can emulate using Lightroom later. My workflow is greatly reduced this way also. As I tend to shoot in manual mode on the X-Pro1 I have complete control over the exposure, which gives me greater confidence to shoot in JPG mode – with an added benefit of a reduced workflow later.

You can of course shoot in RAW or RAW+JPG which I would do if I was shooting anything other than a wedding where the sheer amount of images affects the workflow. For my street photography, landscape or personal work, RAW+JPG is the order of the day.

The Fuji X-Pro1 has a video mode. It shoots at 1080p which is standard for most compact cameras. The function performs well but, of course, is not cinematic and dreamy like you would expect from some of the DSLRs available at the moment.

In summary, the X-Pro1, in all honesty, took a little while to adapt to. However, I knew as soon as I started using it that I would grow to love it.  Its versatility and image quality performance is unrivalled as a small form factor camera. I use it at nearly all my weddings these days and I know people like Damien Lovegrove are using it commercially in studio situations too.

The question I am asked most about the camera is the Auto Focus issues. I won’t pretend there aren't fast AF pro-level compacts out there because there are. The latest OMD from Olympus for a start, but the AF is perfectly useable once you get used to it. The quality of the results is enough alone to warrant purchasing the camera.

Please feel free to leave comments or ask questions below. I’m often writing more about the X-Pro1 on my website and on my Facebook page (links below). Feel free to follow on Twitter too. 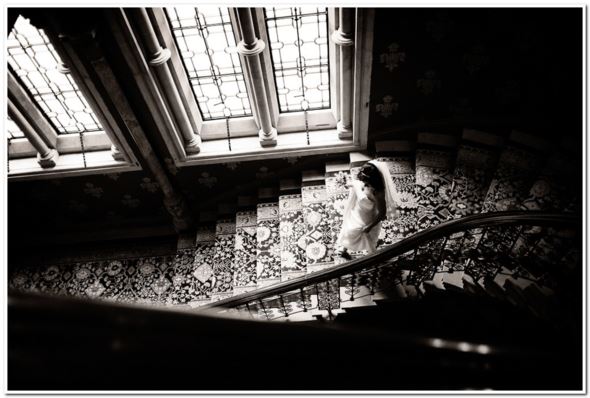 Kevin Mullins is a Documentary Wedding Photographer and you can see more of his work by visiting: http://www.kevinmullinsphotography.co.uk
Twitter:  http://twitter.com/kevin_mullins
Facebook: http://www.facebook.com/GloucestershireWeddingPhotography