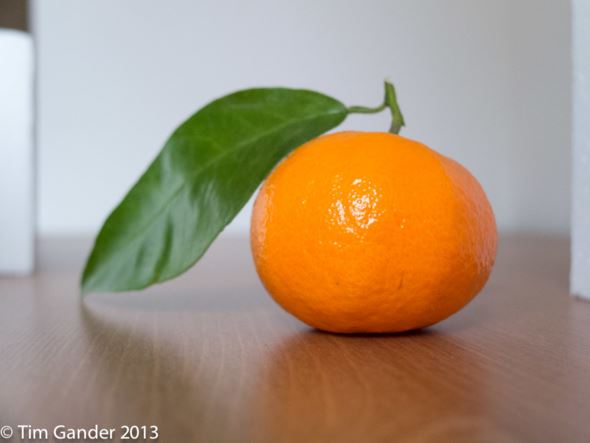 It might not interest you to know this, but I find myself starting to write this article at 12:39am. Why the insomnia? Because I’m trying to work out how to squeeze optimum image quality out of this little gem of a camera and the more I read, the less I think I know.

There’s little point me doing a blow-by-blow, in-depth review of the camera as there are plenty of excellent reviews out there already and it’s due to be replaced by the recently announced X20, but what I can give is a genuine user’s account of my experience of it, and that is what I shall attempt to do.

I decided to buy the X10 because my daughter, much to my dismay, has taken up A-level photography and to get her started I lent her my much-loved Canon G11. That’s the last I’ll see of that, so decided I’d see what other options were out there. I fancied an alternative to the G11 and I’d heard good things about the X10, so decided to buy one and see what it could do for me.

When I unpacked my X10 and started to read the instructions I realised I was in for an interesting time. You see, the instructions don’t make a huge amount of sense. There was an extra booklet with mine explaining (in a very non-explanatory way) that the function of the RAW button had been changed so that it is now a quick access button to the main camera set-ups such as RAW/jpeg selection, ISO, white balance, flash control and more. It’s a very useful button, but the one thing it wouldn't do, for me at least at first, was allow me to set RAW shooting up, only change jpeg modes. Confusing when the button itself is labelled RAW, but I understand this is due to a change in function of that button via a firmware upgrade. That button has been renamed as the Q button in the new X20.

Another oddity of the menu is you can’t format the memory card from the playback menu, you have to switch the camera on to shooting mode to do that even though you can delete frames when in playback mode. 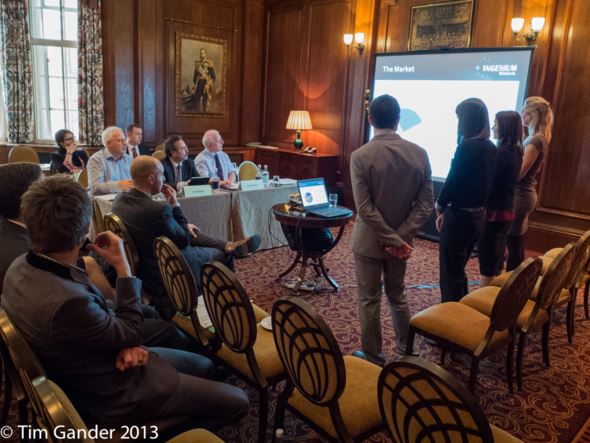 Young scientists present their proposals to a panel of judges during a competition in London. I used the X10 to take photos when my 5D MKII would have been too loud.

Oh, early tip for you... if you want this camera to operate silently (and when you do, it is truly silent!), don’t go for Silent Mode in the Set Up menu. Doing this will switch off the focus assist beam in low light and make it impossible to switch on the hot shoe for external flash when you want it. Instead, just turn the volume right down on all the system sounds which renders them silent anyway. Save Silent Mode for shooting in places where all flash, sounds and distracting AF beams are banned.

As I say, the X10 has been reviewed to death, but I’ll touch on a few things that I feel would benefit from a bit more comment and show you a bit more than just the usual review photos of buildings in the sunshine and rusty cars.

I bought the G11 because of its optical viewfinder (OVF). The G-series viewfinder is extremely difficult to use, and as one colleague put it, it’s rather like peering down a straw. The X10 OVF is by no means perfect with coverage being around 85%, but it’s a good deal more useful than the G-series effort. With practice it’s actually rather pleasant to use and keeps you more connected to the camera than the rear display, but the limited coverage and parallax effect make it less suitable for close-ups. 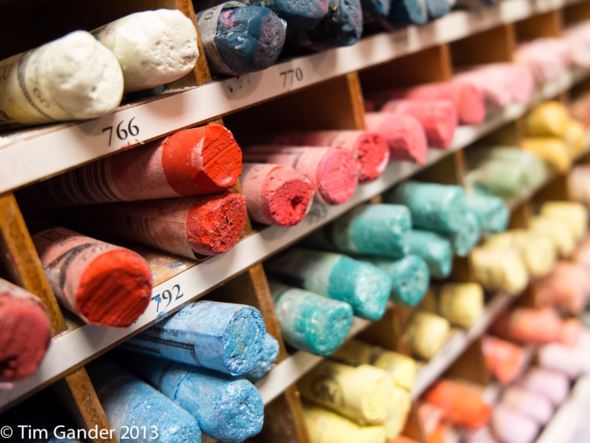 Close-up view of artists' pastels on a rack in a shop in Frome. Macro, available light, artificial lighting. I'm impressed!

Also very usable, I’m just not a huge fan of holding a camera at arms length, but you’ll find you switch from OVF to rear display depending on what you’re photographing. Sometimes the LCD is the only option, there being no electronic info in the OVF, but I equally enjoyed switching off the rear display completely sometimes. You still get focus confirmation, even if the confirmation LED is a little far from the OVF for my tastes.

The genius of the X10 is the mechanical zoom. With electronically-controlled zoom, the lens tends to lurch about from one focal length to another, where the X10 glides smoothly. Also, with a mechanical zoom you can play with zoom effects - zooming as you make the exposure. I don’t do this often, but it’s a useful tool in some situations and impossible with an electronically-controlled zoom.

The lens is impressive with its f2 aperture, even if that’s not its optimum setting. The fact it holds to f2.8 as you zoom to the telephoto end is startlingly good in a camera of this class. 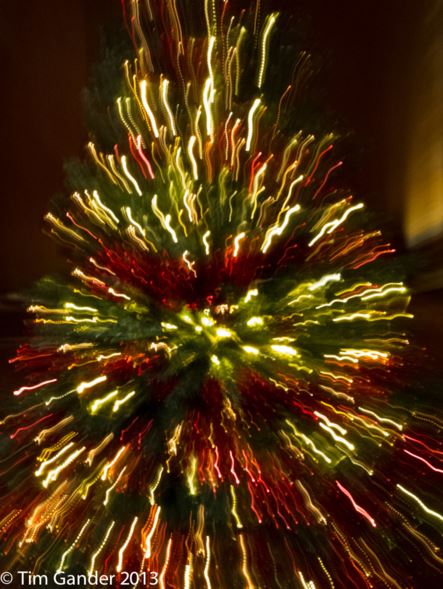 I like them. Again, in comparison with my G11 they’re generally easier to use, less fiddly and less prone to accidental presses. The only one I have occasional problems with is the rear circular dial which seems to like to get a little stuck sometimes when I’m scrolling through images. I don’t know why this happens, but I suspect my thumb is a little big and heavy on the wheel so I’ll blame my heavy-handedness for that one.

I’m very impressed, but in Single AF do make sure the camera has had a moment to lock onto the subject before pressing the shutter, or it’ll just go ahead and take an out-of-focus shot. I have a few of those now. Manual Focus is useful because you can use a quick bit of AF to set your distance using the AFL button on the back of the camera and carry on in MF as a sort of focus lock. Great for street photography. The Follow Focus seems pretty zippy too.

One of the features I’d like to highlight is that there’s a lens cap instead of a built-in lens door arrangement. It means I can walk around with the cap off and have very quick start-up. I recommend some kind of filter to protect the front element. I know I can buy the Fuji hood with filter adaptor, but that would make the optical viewfinder less useable.

I’m less keen on the battery life, and this has been mentioned elsewhere. Get yourself at least one spare battery if you’re going to spend a day shooting and reviewing images. 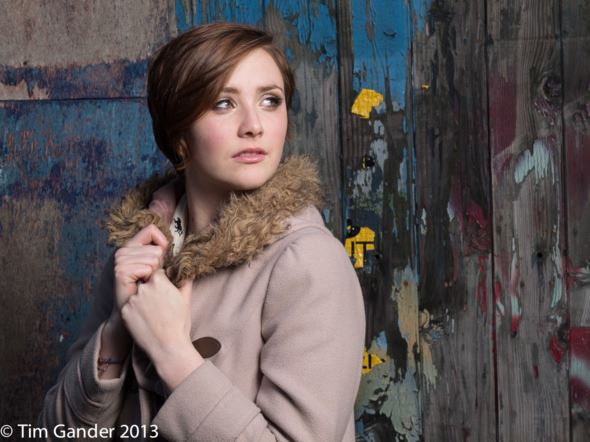 The X10 can fire a standard external flash up to around 1/800th of a second, which should please strobists. 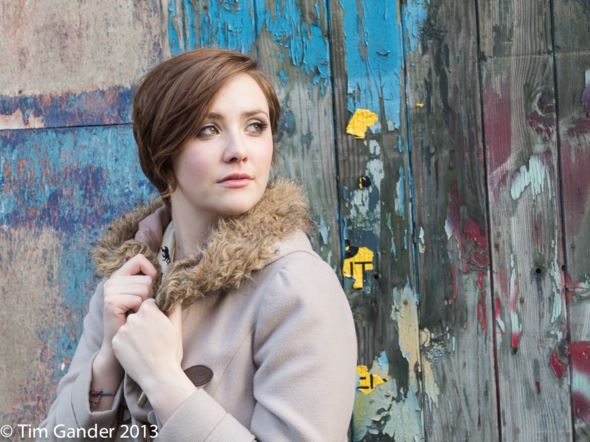 This frame shows what the above image would look like without flash and high shutter speed.

One setting I’d like to have more easily available is the External Flash On function, which is currently a little buried in settings. It’s something I use regularly, but which you can’t leave on all the time as it affects White Balance and exposure.

The one thing that has been losing me sleep is how to deal with the files. Lots of people like the jpegs straight out of the camera, but I’ve been less convinced and have tended to shoot either exclusively RAW or RAW+jpeg. The problem with RAW is the supplied conversion software is terrible (I found it made blue skies blotchy), so Lightroom or Adobe Camera Raw are your only options at least for now if you want the best from RAW.

The range of RAW and jpeg options becomes bewildering once you delve into the Dynamic Range settings, which depending on what you use will give you a 12mp or 6mp chip but you don’t really get to make the choice. You only have to read some X10 forums to get the gist of the magnitude of the complications. I've tended to limit DR because when shooting RAW I can recover a lot of highlight and shadow detail in Lightroom if I need to. I've just upgraded to Lightroom 4 and it seems to do a good job converting the files where my previous copy (2) wasn't so effective. 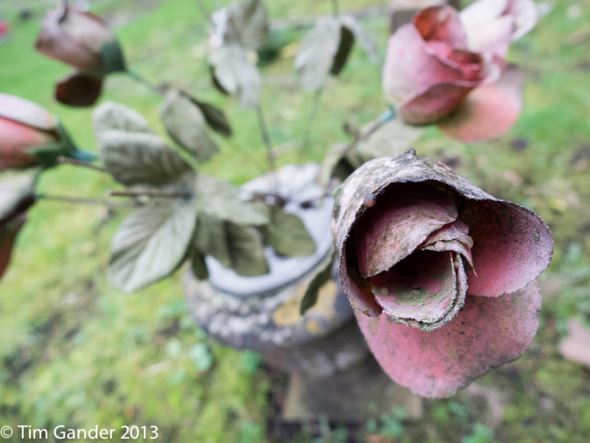 The X10 deals with textures and colours really well.

When it comes to design, I’d say this camera is very much what the G-series should have been. Chunkier to carry maybe, but easier to hold and operate and with a useable optical viewfinder. When it comes to image quality, it is at least as good as the G in some ways (far less noise, much better chromatic aberration/fringing control and straight edges look less crinkled, to use non-expert language). However, the different pixel array of the X10 chip tends to give the images a different look and you’ll need to be careful with image sharpening which can really show up the pixel structure. At higher ISOs the X10 has very low noise, but this is replaced with a rather clumpy grain structure. Remember, it’s still a relatively small chip.

So is this the holy grail of compacts? No. It is a compact, and a very sweet, useable one at that, but what I realised is that the unbelievably good construction makes you desperate for the image files to be better. They’re good, they beat most of the competition as far as I can see, and now the camera is available at around £300 it is incredible value. It would be a bit much to expect a camera at this price point to be as good as an SLR, so be prepared to manage your expectations. To be fair, this is the same problem the G-series suffers (excluding the huge-chipped G1 X).

The question is whether the improvements Fuji have made with the X20 will justify an upgrade from the X10. Maybe I’ll get to review one and will be able to let you know - preferably before the X30 gets announced!